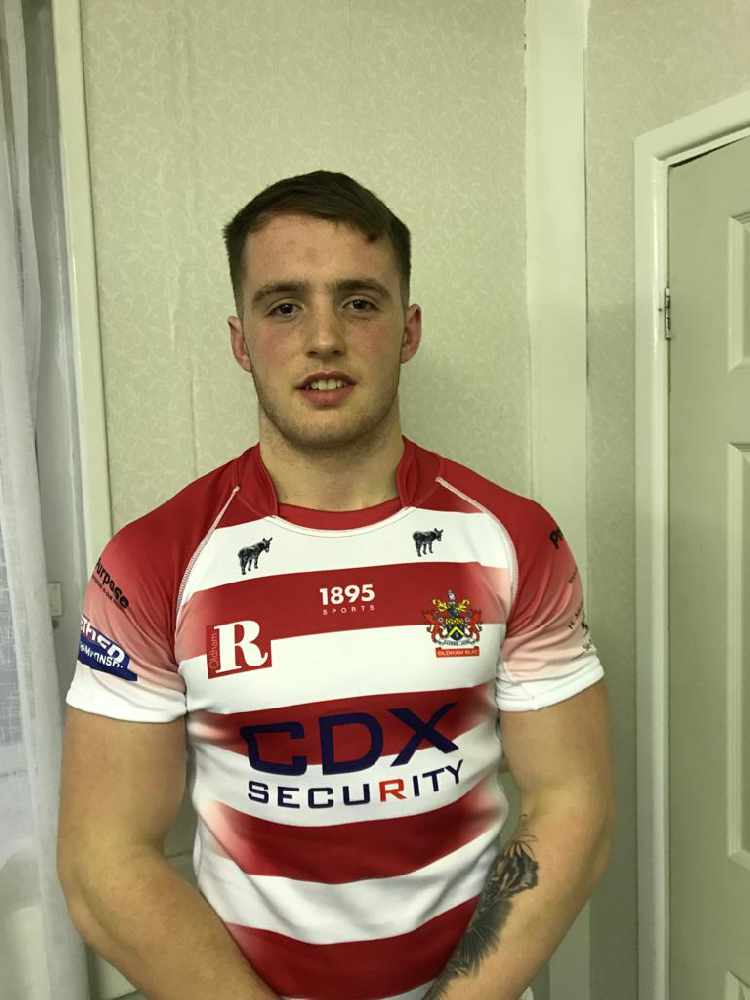 He trained with Roughyeds last night (Thursday) and will be in contention for Sunday evening's trip to Whitehaven.

In recent seasons, Roughyeds have enjoyed a good relationship with the Super League club, whose young prop Titus Gwaze is currently on a month's loan at Oldham and played his first game at Toulouse Olympique last Saturday.

Winger Lee Kershaw and full-back Luke Hooley have also played for Roughyeds on loan from Trinity in the relatively recent past, while Gwaze is in his second spell at Oldham.

Croft (pictured), 18, is the first Trinity youngster to arrive under the new dual-reg agreement, which will be in place for the full season.

Oldham chairman Chris Hamilton said: "We have always enjoyed a good relationship with Chris Chester (head coach) and Michael Carter (chairman) at Trinity and this latest development is an extension of that.

"In terms of recruitment, one of the things we have struggled to combat this season is the introduction of reserve-team rugby in Super League, with the result that there haven't been as many players knocking about as has been usual in recent years.

"We've also been struggling with early-season injuries, particularly in the centre positions, and from Trinity's point of view dual-reg  will allow them to send out younger players to gain valuable experience at a club like ours but not necessarily for a minimum of a month, which applies with a loan agreement."

He added: "Jack (Croft) is very highly regarded at Wakefield. He played in three Super League games last season, although he is still only 18.

"He is on the verge of more regular first-team selection at Wakefield and is very well thought of over there.

"He was the first player to be signed by Trinity who was born in the new millennium and he had the distinction of scoring on his debut in a Challenge Cup tie against St Helens."

Oldham coach Matt Diskin said he was delighted to welcome Croft on board and to enter the new arrangement with Wakefield.

He added: "Jack is a very talented young player. He is a very skilful lad and for a teenager he is strong and well built so it is easy to see why he is close to first-team rugby at Wakefield.

"He will definitely be in contention for our trip to Whitehaven on Sunday evening."

A product of Keighley Albion, he is described on the Trinity website as a "class centre" who joined their Academy in 2017 and went on to sign a first-team contract in September 2018.

On the injury front, James Worthigton (groin), John Hutchings (hamstring) and Cameron Leeming (hand) will be checked out finally at training tomorrow (Saturday).

Leeming trained with the squad last night and if he suffers no adverse reaction, he is said to have a good chance of being cleared to play at Whitehaven, as is Danny Bridge, who dislocated a thumb against Widnes and didn't play in Toulouse.