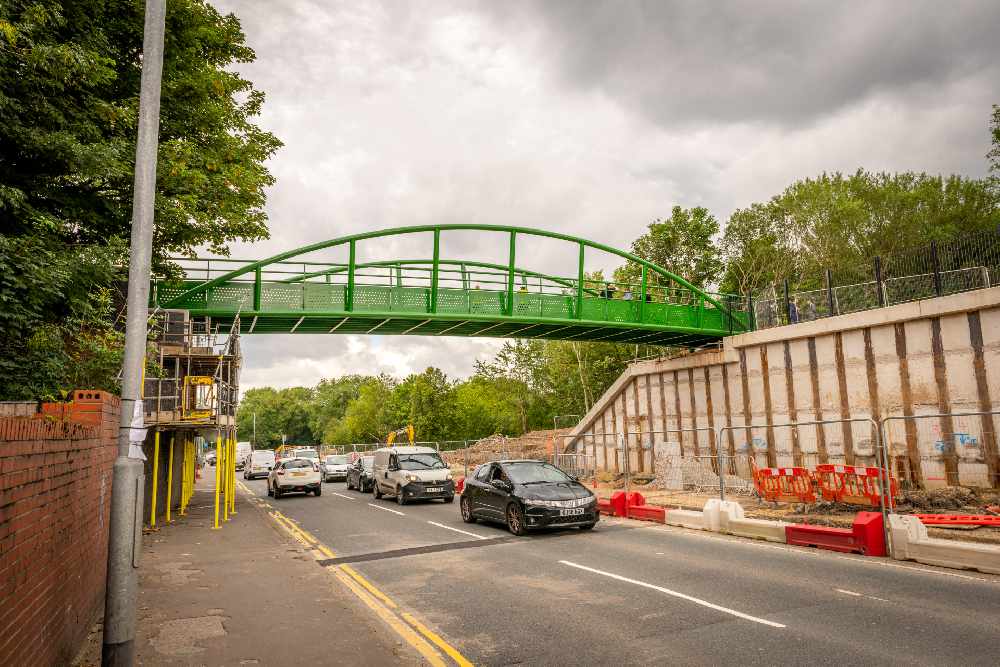 A new footbridge for people walking and cycling over Hyde Road in Gorton has officially opened to the public.

The bowstring arch bridge - which is around 25 metres long, four metres high and has four metres width for people crossing on foot or by bike - was lifted into place in June.

With the final touches having been put in place, the Lord Mayor of Manchester Cllr Abid Latif Chohan and Cllr Basat Sheikh, Assistant Executive Member for the Environment, Planning and Transport, officially welcomed members of the public to enjoy cycling or walking across it on Tuesday (21 July).

The opening of the new bridge near Debdale Park re-completes the Fallowfield Loop - a 14km off-road path used by pedestrians, cyclists and horse riders running from Chorlton in the west of the city, through Fallowfield and Levenshulme and on to Gorton and Fairfield in the east.

Named after the railway line which used to run along its route, it is believed to be the longest urban cycleway in the country, running past several parks and open spaces and linking to many other cycle and public transport routes.

The Hyde Road bridge replacement scheme was designed to solve a congestion pinch point in the Gorton area, where Hyde Road (the A57) was narrowed from four lanes to two between Far Lane and Wall Way by a former rail bridge. 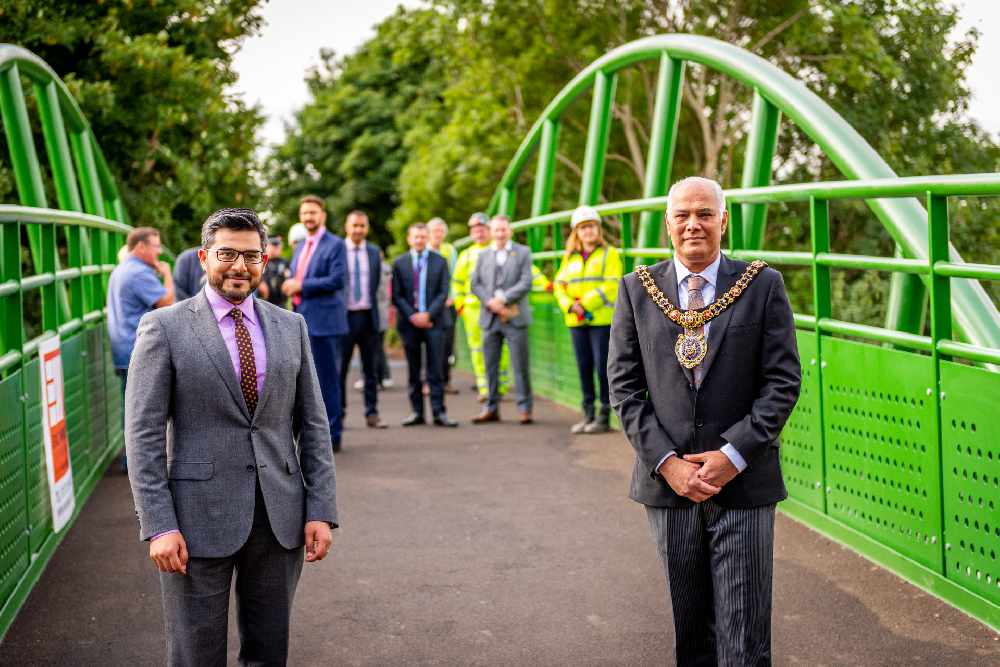 With the new bridge now opened, Manchester City Council bosses say the utility works will continue on Hyde Road, before construction work for the new road and footway layout and a new puffin crossing begins in the autumn.

Despite lockdown, they say, weather permitting, the work is on track to be complete by the end of the year.

The new bridge replaced a 65 tonne former railway bridge dating back to the 1890s, which was removed back in March.

The council is also planning a £4.9 million scheme to enhance the Fallowfield Loop to "create a safer, more convenient and accessible cycling and walking network to encourage more people to take up active travel". The authority say a public consultation on this is set to launch later this week.

Cllr Angeliki Stogia, Executive Member for the Environment, Planning and Transport, said: "Opening this new bridge for people travelling on foot or by bike over Hyde Road is a significant milestone, as we continue to make good progress with the Hyde Road project.

"This work will address a long-standing pinch point, reducing congestion and disruption to benefit all road users and also reducing the air pollution caused by idling traffic in the area.

"I’d like to say a huge thank you to Gorton residents for bearing with us while the essential work is completed and we hope that they will appreciate the benefits of the scheme for years to come.  We’re also very grateful to people travelling on foot or by bike for their patience while we restored full access to the Fallowfield Loop cycling and walking route."