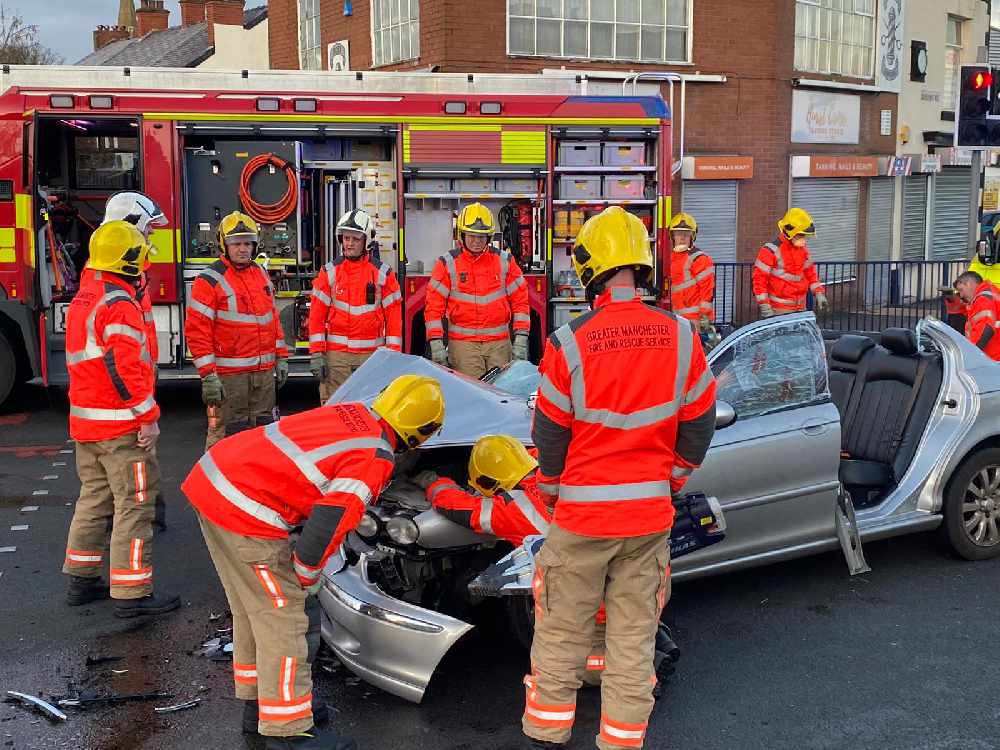 Firefighters rescued a man who was trapped in a car after a collision in Ashton this morning (Friday).

The man was subsequently taken to nearby Tameside Hospital with what is thought to be spinal injuries.

He was in a crash involving two vehicles on Kings Road, at the junction with Hurst Cross, at around 7am.

A spokesman for Greater Manchester Fire and Rescue Service said: "We were called at 7.10am this morning to Kings Road, in Ashton-under-Lyne, to a road traffic collision involving two vehicles.

"One person was trapped. There was a man suffering with possible spinal injuries who needed cutting free from the vehicle.

"He has been cut free and treated by paramedics before being taken to hospital.

"Another person got themselves out of the vehicle before we arrived."

Hurst Cross has been closed in both directions while emergency services attended the scene, while buses have been redirected with roads in the surrounding areas busier than usual.

Our photographer Nigel Wood captured these images of fire crews at work at the scene... 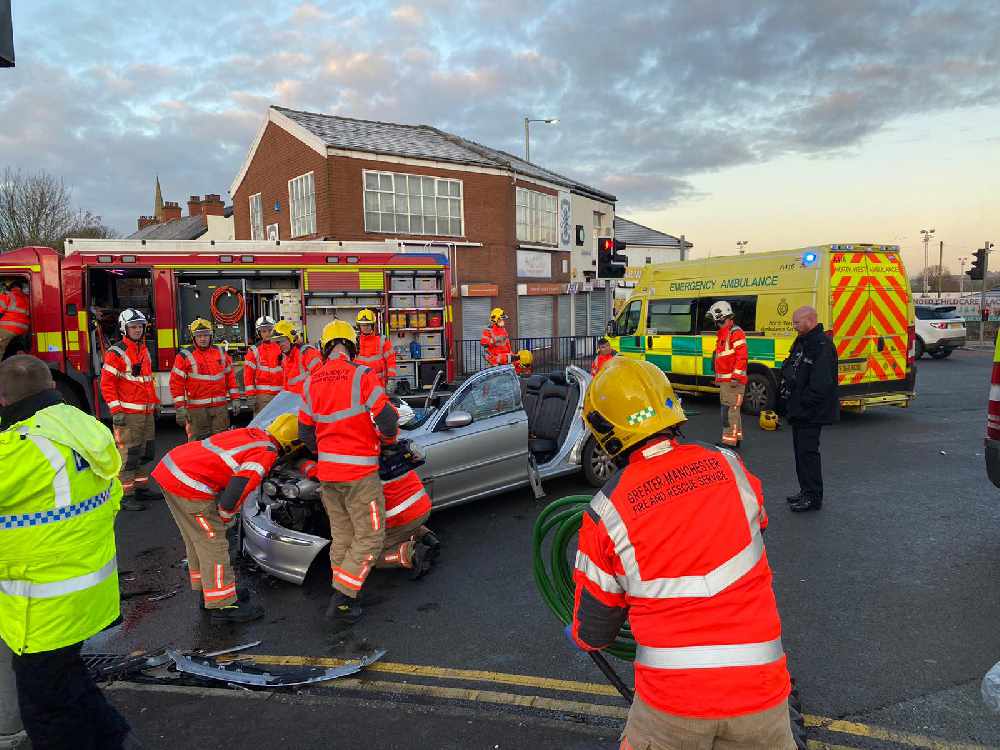 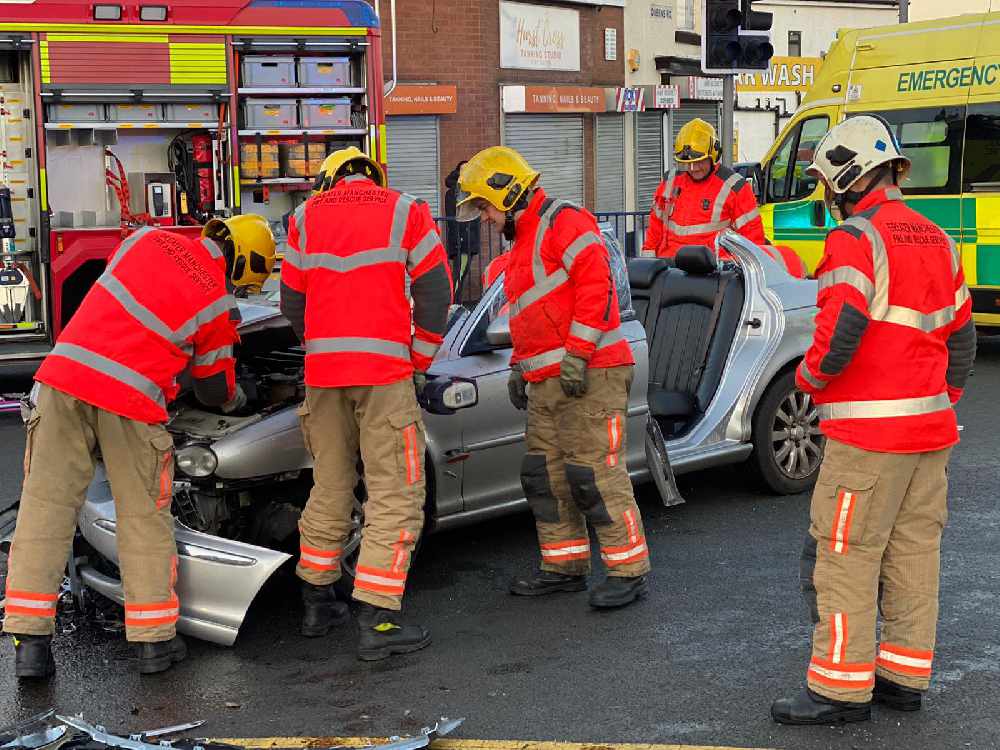