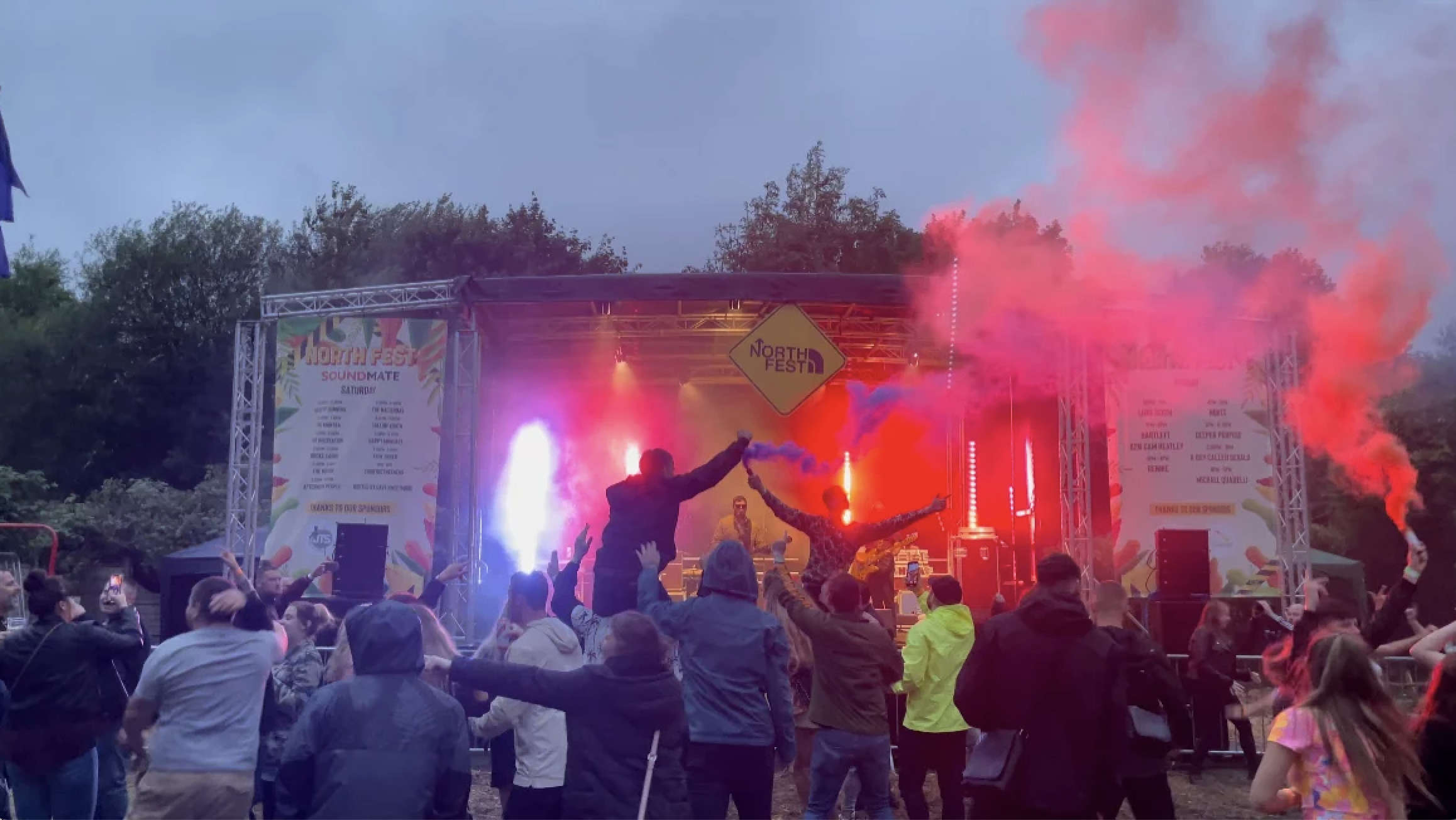 RETURN: North Fest is back for the second time next month.

The Tameside Radio presenter writes about a festival in Oldham which is making a return after a successful debut last year.

Last year’s event may have seen the weekend filled with heavy rain, but that didn’t stop the large gathering of music lovers from Greater Manchester and beyond descending on the area to party like there wasn’t a cloud in the sky.

This will be the second year the festival has been held, and is the brainchild of The Hacienda’s frontman Thomas Smith and DJ Jamie Nokes, both much loved people on the local music scene, who with their ‘Soundmate’ brand have created an event that looks set to become a well established fixture in the gig calendar.

Although it’s only a small capacity location, the production that went into the whole stage and sound designs wouldn’t look out of place in a much bigger area, it certainly gave the event endless credibility, and makes this year’s day seem just as exciting.

The 2022 North Fest will once again feature a mixture of leading tribute bands and local unsigned bands, and local quality DJ’s.

I’ll be DJing and hosting the main stage, and joining me and playing live will be The Oasis Experience, Born Of Frustration – The James Experience, The Haciendas, The Lilacs, Rosellas, The Notion, Broke Casino, We Are North, Loftheads, The Maloners, and Tameside man of the moment Alex Spencer, without a doubt the most talked about young musician right now.

There will also be a second stage with seven of the area’s best local house and dance DJ’s on, headed up by Jamie Nokes, and featuring Luke Dixon, Michael Quadelli, Pablo, Rennie, Cam Heatley, and Dubzy. An indoor stage will also be in use with more great DJ’s and acts on.

Inside the Anglers Arms later in the day will be an after party, lasting until the early hours of the following morning, featuring Mike Tracey and guests.

North Fest 2022 is in a great location for music fans from Manchester, Tameside and Oldham, supports the local community, as well as many local bands and DJ’s, and is definitely a great day out for music and festival fans from far and wide.

Tickets are available for next weekend’s North Fest on skiddle or at north-fest.com