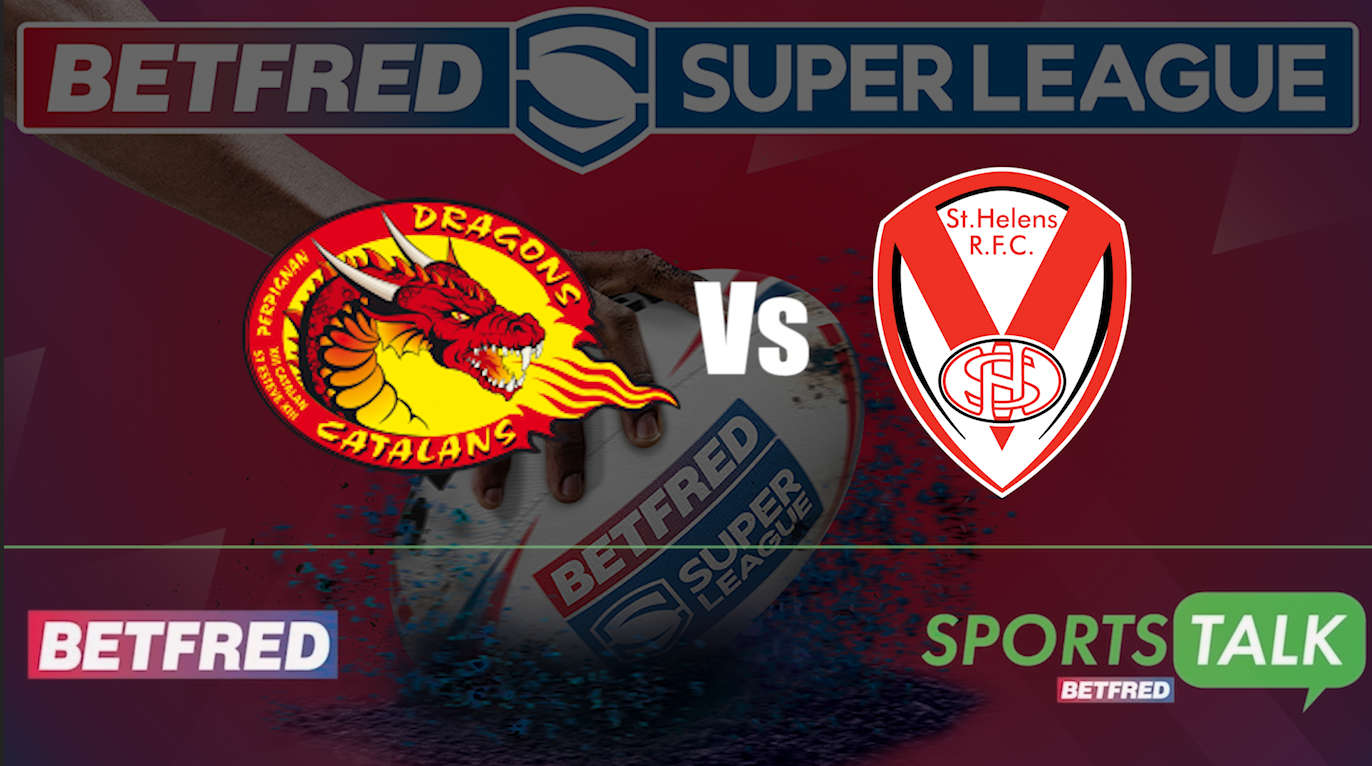 It’s the battle of the giants on Saturday night as Catalans Dragons and St Helens go head-to-head in the Super League Grand Final.

Whilst the Saints are familiar to Old Trafford having played at the Theatre of Dreams 11 times, the Dragons are making their first appearance in the showcase event since their admission to the league in 2006.

The Saints enter the tie as defending champions and will be relishing the return to Old Trafford, having been forced to play last season’s final against Wigan Warriors at Hull City’s KCOM Stadium due to the Covid-19 pandemic.

The clash took place inside an empty stadium and despite the lack of atmosphere, it still served up the most dramatic ending in Grand Final history as the Saints’ Jack Welsby scored a last-gasp try to seal an 8-4 win, which extended their number of Grand Final victories to seven – more than any other club apart from Leeds Rhinos, who top the chart with eight. Despite the thrilling encounter, it actually marked the lowest scoring result since the event was launched in 1998.

Having been deprived of watching their side lift the trophy last season, excitement is building amongst the Saints’ faithful to return to Old Trafford and potentially watch the club secure a hat-trick of Grand Final wins. If they manage the feat, St Helens will draw level with Leeds who won the title on three consecutive occasions in 2007, 2008 and 2009.

In their last outing at the Theatre of Dreams in 2019, 64,102 came through the turnstiles and watched the 23-6 victory over Grand Final debutants, Salford Red Devils.

However, prior that victory, you had to roll the clock back to 2014 to see the Saints in a Grand Final  – a 14-6 victory over Wigan - which prevented the Warriors from retaining their crown from the 2013 win.

The Saints also featured in the final on six consecutive occasions from 2006-2011, however they were eclipsed to the title on five successive outings, beating Hull in 2006 before losing four times to Leeds and once to Wigan. The club’s other appearances in the final came in 1999, 2000 and 2002, winning on all occasions.

Kristian Woolf’s Saints are currently favourites with Betfred to win Saturday's fixture, however they’ll be facing a Dragons outfit looking to make Old Trafford their very own lair and, in the process, etch their name in the history books as the first overseas team to win the Grand Final.

13,000 attended the Dragons’ 28-10 win over Hull Kingston Rovers in the semi-final last week, reinforcing the notion that rugby league, traditionally a sport played in the north of England, has a growing fan base beyond these isles that will undoubtedly expand if the side from Perpignan capture the trophy on Saturday.