Oldham Lose Again On The Road 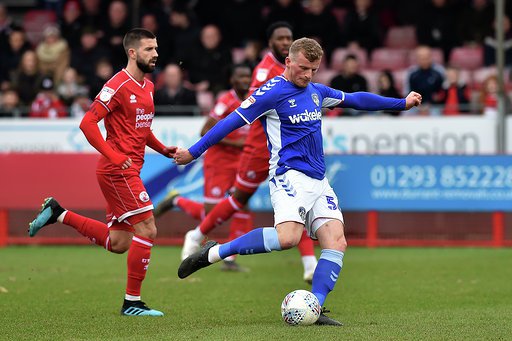 After a turbulent week, Oldham Athletic were beaten away from home as Crawley Town ran out 3-0 winners.

Earlier in the week, Oldham Athletic were in court over an administration case due to debt owed by the club. But they agreed to a six-week adjournment with landlords Brass Bank, after making a substantial payment towards their outstanding debt. The court was also told there is no truth whatsoever in reports Laurence Bassini had agreed on a deal to buy the club.

Oldham came into the game on the back of a 5-0 demolition of Newport County at Boundary Park which seemed to be a turning point in Dino Maamria’s form.

Into the game and an unchanged Oldham got off to a lively start and Jonny Smith was inches away from giving them the lead in only the second minute when he put an angled shot wide.

Gevaro Nepomuceno then did brilliantly to set up in-form Zak Dearnley for a glorious chance but the striker wasted the chance.

Oldham failed to take any of their chances and they were ultimately made to pay as Crawley took the lead in the 36th minute.

Ricardo German struck to give the Reds the lead on his first start eight minutes before the break, firing home his first goal for the club after an accurate pass by Ashley Nadesan.

Things got worse for Oldham as club captain David Wheater was taken off injured meaning Tom Hamer had to fill in a centre back with N’Guessan coming on at right-back.

Early in the second half Oldham stopper Zeus De La Paz made a strong save to keep Oldham in the game at the time as Nadesan ran through but his effort was saved well.

Crawley doubled their advantage after 69 minutes when substitute Tarryn Allarakhia played in Nadesan and he coolly finished for his seventh goal of the season.

It was 3-0 just six minutes later as Mohamed Sylla brought down Bez Lubala in the area for a penalty. Lubala stepped up and sent De La Paz the wrong way to secure the victory and send Oldham to a 3-0 defeat.

The result also means that Oldham haven’t won away from home since boxing day which will be a worrying stat for Oldham boss Dino Maamria.