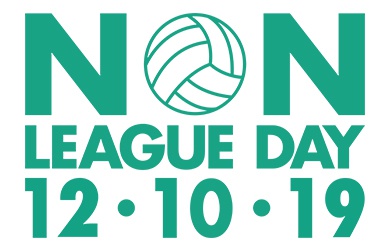 With it being the international break it’s Non-League Day this Saturday so we will be highlighting where you can get your fix of non-league football in Tameside and Oldham.

Curzon host Blyth Spartans in a relegation scrap with both teams desperately needing a win. The two have already played each other twice in the FA Cup with the first game being a 4-4 thriller at the Tameside Stadium and Blyth winning the resulting replay.

Pay what you can afford - Students studying in Tameside, Oldham or Manchester can obtain a PWYCA admission card. The admission card allows the holder to pay what they can afford at the turnstile, with a minimum admission price of £3 per match.

Stalybridge come into the game after losing their last two fixtures, but their last game was a hard-fought game away at runaway leaders South Shields with the Celts only losing 2-1 with a last-minute penalty deciding the game. Bamber Bridge drew 2-2 with Nantwich Town in their last game and they will be looking to take another step towards safety at Bower Fold.

Celtic will be operating a discounted ticket policy for their fixture against Bamber Bridge.

Supporters that present a valid current Premier League or Championship club season-ticket, will be able to attend our game with Bamber Bridge on Saturday for half-price.

Standard adult tickets are priced at £10 with concessions priced at £6.

Droylsden are in FA Trophy action this weekend as they host Workington in the preliminary round. The Bloods have been in cup action this week as they beat Ashton United on Tuesday to advance in the Manchester Premier Cup. Their opponents Workington have been fantastic so far this season as they sit at the top of the Northern Premier League North West Division.

Chadderton are in FA Vase first round proper action this weekend as they host Guisborough Town at the ARK Fleetech Stadium. Chadderton have lost their last two games which came in cup competitions but they will be looking to make it to the second round of the FA Vase.