New Mills U21 bosses excited for season ahead 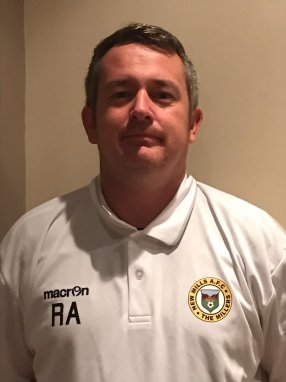 New Mills AFC Under-21 joint managers James Howe and Rick Adrio are looking forward to testing their squad in the season ahead, which starts this weekend.

The young Millers will compete in the North West Under-21 Development League Division One East and play their first match of the new campaign away at Tytherington on Sunday (kick-off 2pm).

It looks like a strong league but the management duo are excited to see how their squad will cope.

"The squad that we have assembled over the past six weeks shows lots of promise going into the season ahead," Adrio told New Mills' media team.

"We are looking forward to seeing these lads push towards the first team at the earliest opportunity.

"This squad has an average age of just 18 and they will quickly have to learn to compete at this level and ultimately, like any other team, we want to try and gain promotion at the first time of asking. We are not in this league just to make the numbers up.

"Special mention must also go to Ian Fitzpatrick as he has developed a number of these players through the New Mills Juniors system, last season they were in the Under 16's team. That's a fantastic achievement and we hope to see him at the club supporting the players that he has developed."

The Under 21 Management & Support staff have worked tirelessly this summer ahead of the new season. We look forward to the competitive fixtures starting this weekend pic.twitter.com/60WR4eCnqE