The race to be Derbyshire's Police and Crime Commissioner 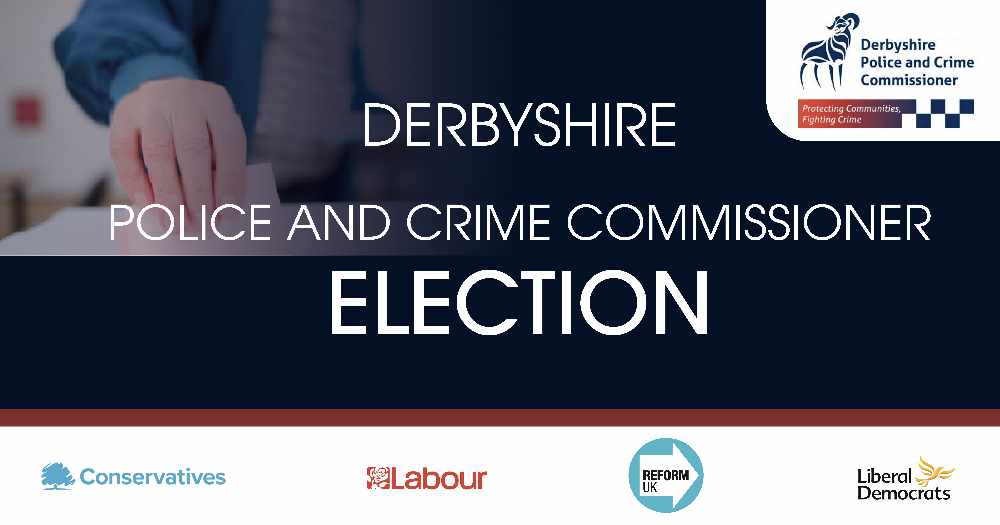 Four candidates are standing in the race to become Derbyshire's next Police and Crime Commissioner and this is what they've pledged.

The role of the PCC includes setting policing priorities, setting the budget for local policing, ensuring local and national priorities are suitably resourced and monitoring the performance of the force.

The ballot takes place on Thursday 6 May, alongside the Derbyshire County Council elections.

Hardyal has been Derbyshire's Police and Crime Commissioner since 2016 and before that was the deputy PCC.

He says: “As Police and Crime Commissioner for Derbyshire I’m proud of its reputation as one of the safest places to live, work or visit.

"When I took office in 2016 the force was struggling as it faced relentless cuts in Government funding. It had lost 700 police officers, PCSOs and vital police staff.

"Having lobbied the government for more funding, there are now 250 additional officers and I have put in place plans for a further 200 by 2023. This means more officers on our streets, tackling the problems that local people have told me matter most to them.

"Rural communities are now benefitting from one of the largest rural and wildlife crime teams in the country.

"It’s my ambition to do more. To continue to tackle serious violence, knife crime, exploitation, domestic abuse, sexual violence, hate crime and the protection of those at risk of harm.

"I want to build on the work to stop the problems affecting the quality of life in communities, such as theft, drugs, burglary, speeding and anti-social behaviour.

"It’s been my privilege to call Derbyshire my home for over 50 years. I will do everything in my power to keep this county safe and why I will ensure the government keeps to its funding pledges.

"I have over 30 years’ experience of working in the criminal justice field and five years as your PCC. I’ve proved I deliver. With your support we will continue to make a difference.”

Angelique is married with a grown-up family. She is currently Cabinet member for Corporate Services at Derbyshire County Council.

She says: “I have been at the forefront of providing strong leadership to reform public services. This has meant leading on prudent budgeting and robust financial management to properly prioritise and manage demands, reducing waste of resources and providing more effective and efficient services.

“I will apply the same principles in setting and managing Derbyshire Police multi-million-pound budget and ensuring policing is delivered effectively across Derbyshire and Derby City.  Above all, I will ensure the people of Derbyshire are able to go about their daily business without fear of being victims of crime.

·         Provide a strong police presence in towns and villages

·         Support Police Officers in use of powers such as Stop & Search to better fight crime and keep law abiding residents safe.

·         Manage budget sensibly to focus resources back to fighting crime

Stan is married and has four children and 10 grandchildren. He was a senior member of staff in the University of Nottingham Medical School and, on retirement, was made an Emeritus Professor.

He served as a borough and county councillor for many years and spent time as a deputy council leader and as the mayor.

Stan says: “The main job of a PCC is to engage with and understand the people he represents, and to use that knowledge in helping set the priorities for policing.

“I have long experience of engaging with people as their councillor and working with and for them. I worked with the police in setting local priorities and will use the same approaches on a wider scale in Derbyshire.

“Collaborations between the police and other institutions is highly important in setting new agendas, and my long experience of working within higher education and the health service will contribute to forming new collaborations which seem to me to be under-represented at present.

“I promise I will do my very best for you all and I would be delighted if you were to put your trust in me and elect me as your Police and Crime Commissioner."

He says: “Successful policing requires the consent, collaboration and trust of the general public. This last year has been challenging for everyone but Derbyshire police decided to make it more difficult than necessary.

“They fined ladies for drinking coffee, though they had done nothing wrong. They manned en-masse all the local park gates, though a visit was perfectly legal. They told families they couldn’t play with footballs, a rule they apparently made up. They chased people across the peaks with drones to shame them on social media. This without knowing who they were or even having any evidence that the rules were being broken.

“You might excuse this with the changing rules, getting caught on the hop. But these were not isolated. The mistakes were repeated all year, destroying the trust, and harming the effectiveness of the force. The repercussions will last for years. The police exist to provide a service. That service has been very lacking. Let’s put this straight.

“We need to return to providing a service, remove the politics, restore the trust and respond in the best way possible.

“Derbyshire has a bigger than average drug problem. Let’s not chase the innocent and make up our own laws while entrenched drugs lords operate openly in our streets.

“We need to remove the cannabis grows that are rampant in our neighbourhoods and catch the thieves that often seem to disappear without trace.

“Picking the easy and often innocent targets this year has been the biggest policing mistake in decades, but we need to rebuild the police relationship with the public as only then will these issues be solved.”