A temporary project to repair Toddbrook Reservoir in Whaley Bridge is close to being completed, with footpaths in the area set to reopen.

The project by The Canal and River Trust - which looks after the reservoir and 2,000 miles of waterways - to make the damaged spillway safe is due to be finished in the next few weeks.

Work to permanently repair the reservoir is set to get under way in spring 2021, with London-based engineering company Arup announced as the design consultants. The full rebuild is expected to cost £10 million and will take around three years.

A huge emergency operation was launched and over 1,500 people were ordered to evacuate the town last August when damage to the spillway was first discovered during heavy rainfall, amid fears the dam could fully collapse and threaten the lives of residents.

In an independent review released in March, Professor David Balmforth, a reviewer of reservoir safety, said "poor design" and "intermittent maintenance over the years" was responsible for the failure of the dam.

Engineers have continued to work on repairing the reservoir during the coronavirus lockdown. 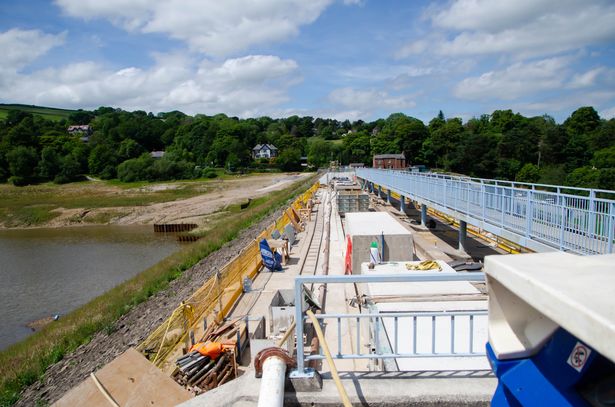 The dam's waterproof clay core has been made more effective by the installation of a concrete ‘cut off beam’ and an enhanced crest wall along the top of the dam.

The new features will ensure the security of the spillway against extreme weather and will remain in place until the end of the permanent reconstruction project.

Temporary repairs are set to be completed by early August, with engineers currently completing the final part of the installation of new pressure relief holes and joint repairs.

Excess rainwater falling in the reservoir continues to be removed by on-site pumps and the reservoir will remain drained until the permanent reconstruction project is finished. 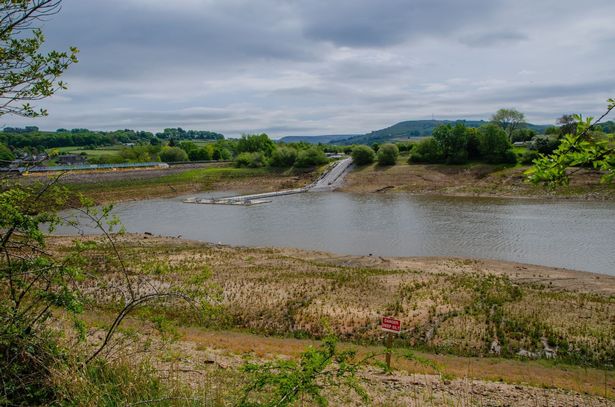 Daniel Greenhalgh, Canal & River Trust North West regional director, said: “We are delighted to have completed this first phase in the restoration of Toddbrook Reservoir. We have had to cope with some challenging operating conditions but we can confirm the dam spillway is totally secure against any extreme weather event.

“Over the last year, there has been considerable work done to prepare for the permanent restoration of Toddbrook. The design consultancy Arup brings a wealth of expertise and will work closely with us to lead on the second phase of this important restoration project.

“We are currently examining a range of potential repair options and the views of local residents are a key part of the decision-making process. We are planning to host a public consultation event in late summer and then confirm the preferred option in the autumn.

“Once the temporary works are complete in the next few weeks, the construction site restrictions will be greatly reduced, and we are delighted this will allow us temporarily to open up some of the footpaths at the reservoir until work begins again next spring."

Confirmed details about dates and venues for the public consultation will be available on the Canal and River Trust website soon.

High Peak MP Robert Largan said: "It’s good news that the temporary repair at Toddbrook Reservoir has now been completed. It’s essential that we crack on with the full repair as soon as possible.

"I’m regularly discussing this with both Ministers and the Canal & River Trust and I’m keen to ensure that we don’t just repair the reservoir but make it even better, looking at the possibility of a hydro scheme and a circular path, that could be of huge benefit to future generations in Whaley Bridge."