Andy Burnham says he regrets doubting whether skateboarding should be an Olympic sport as he tries riding a board himself – and takes his first slams.

The Mayor of Greater Manchester stoked an online furore when he took to social media during the street section of the skateboarding competition at the Tokyo Olympics.

Mr Burnham had tweeted: “Not at all sure about skateboarding as an Olympic sport,” together with a ‘confused face’ emoji.

It was the inaugural outing for skateboarding in the games, and its inclusion had already proved controversial among some, including World Athletics President Seb Coe.

However 13-year-old Sky Brown captured the nation’s imagination when she battled to win bronze for Britain in the women’s park final.

Skateboarding has been an important part of Manchester’s identity and community for decades, and the Northern Quarter boasts long established skate shops NOTE and Black Sheep.

Indoor skatepark Graystone Action Sports centre is one of the newest additions to the scene, having opened in Salford in December 2018.

Following his tweet, park bosses invited the mayor to visit and to try his hand – and feet – at skating.

The Brunel Avenue park is located in a huge warehouse that has been filled with a wooden street section, a bowl, mega ramps that propel you into a foam pit, as well as a trampolining area and training section. 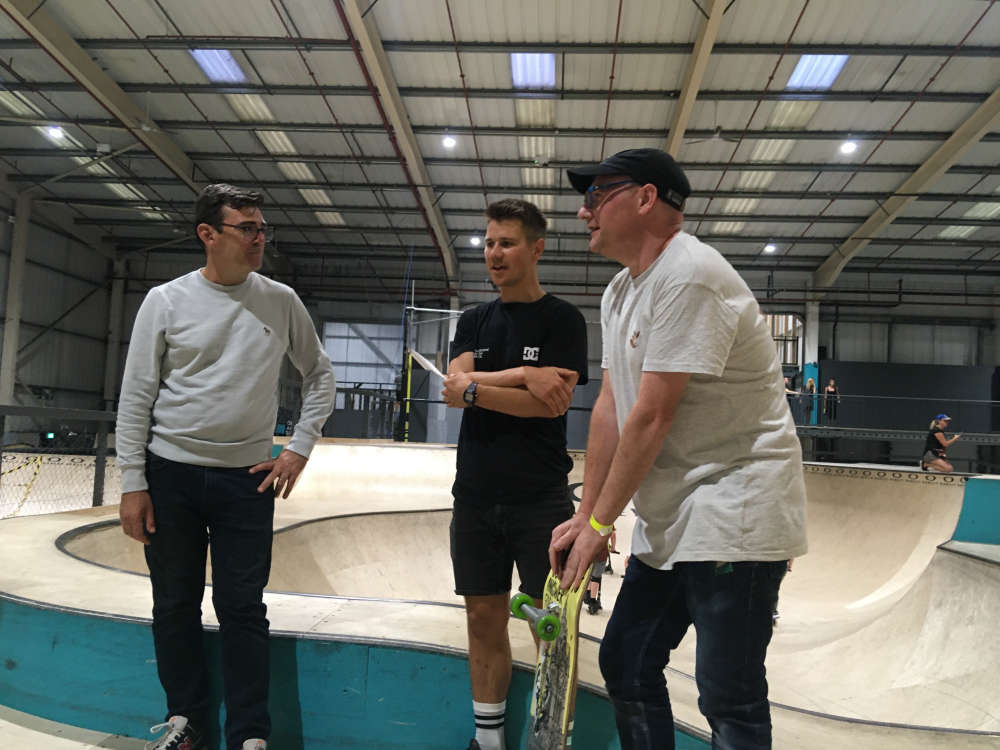 When we visited on Tuesday evening there were dozens of kids, including a large group of cub scouts, getting their first lessons on riding a skateboard and tackling ramps.

While slightly older than the other beginners, Mr Burnham didn’t hesitate too much in getting on the board himself.

Despite taking two slams he committed to land a ‘fakie revert’; where you turn the board 180 degrees after riding backwards down a ramp.

Following his experience, Mr Burnham says: “The lesson was absolutely top drawer – putting it into practice was difficult. The bit that surprised me was the wobbliest of the board.

“It’s a million times harder than it looks and that’s my big learning curve.”

He added he’d received backlash at home following his social media take on the sport as his daughter and her boyfriend both skateboard themselves.

“I got battered by them the next day, her and her boyfriend were ripping into me and that was just the start and then it built up,” he says.

“It was early on in the Olympics – I was cringing when I saw the later stuff.

“I do have a slightly purist old school view of sport and I take convincing but I can always be educated.

“Immediately after I tweeted it on Monday morning I thought ‘why did I send that’.

“When I saw the park section I was feeling very humbled and slightly penitent, I definitely watched it with a large slice of humble pie.

“When I saw the finale of the Olympic competition I was like ‘wow’. It wasn’t just the skill of it, it was the joy of it that was amazing to see.

“People congratulating each other, it seems to be a different kind of mentality in the community to celebrate others’ success which you don’t see in other sports.” 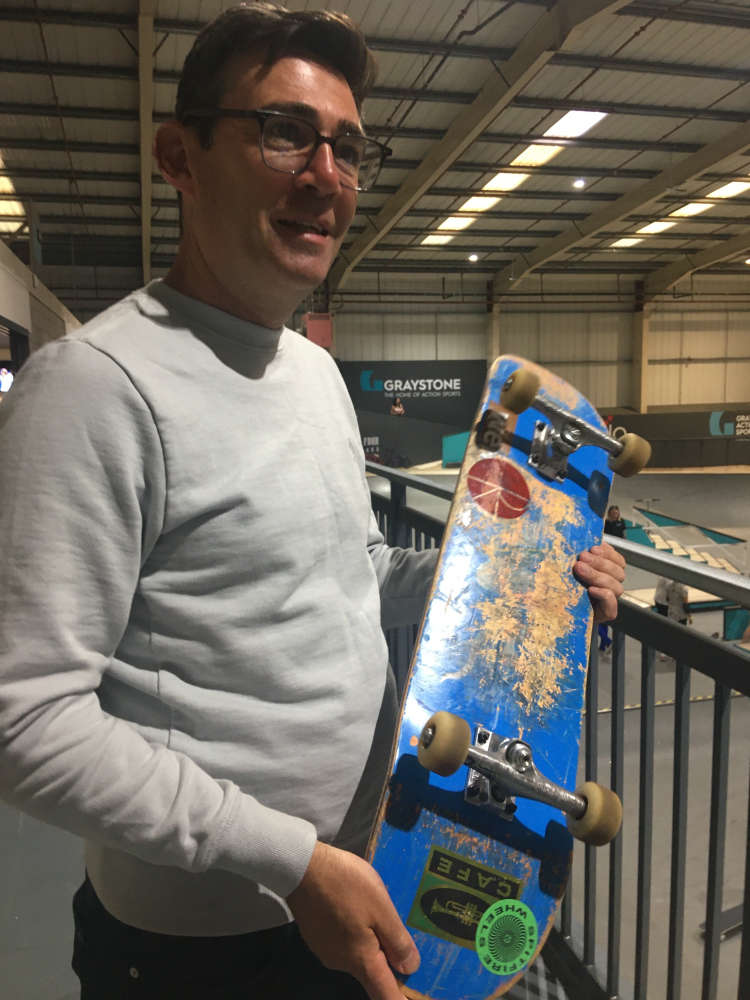 While skateboarding’s inclusion in the Olympics and the excitement around Sky Brown has led to a big surge in popularity for the sport, the three Covid-19 lockdowns also caused a boom in new riders.

Tom Gladwin, general manager at Graystone, says: “It’s a sport that you can pick up individually and feel that freedom doing it.

“These sports bring you back down to basics, you’re just focusing on creativity as well as it being exercise.

“There’s an opportunity now to seize what’s happened with the Olympics and lockdown. Skate GB are doing hard work to help councils apply for funding.

“Our objective is to get as many beginners into the sport as possible.”

And it’s not just youngsters who have taken to skateboarding in recent years.

David Partington, a 46-year-old potter, started skating three years ago as an outlet following years of caring for his mother.

He demonstrates how he can drop in and carve round the bowl, making it look effortless as he picks up speed by ‘pumping’ in the corners.

“It’s the best thing I’ve ever done,” the Salford man says. “It’s so addictive when you start learning how things work.

“It’s just building up that confidence and that’s why it’s great doing adult classes because if you come on your own you’re not going to try anything because it’s far too intimidating but if someone’s there supporting you and you’ve got people celebrating you, it’s brilliant.”