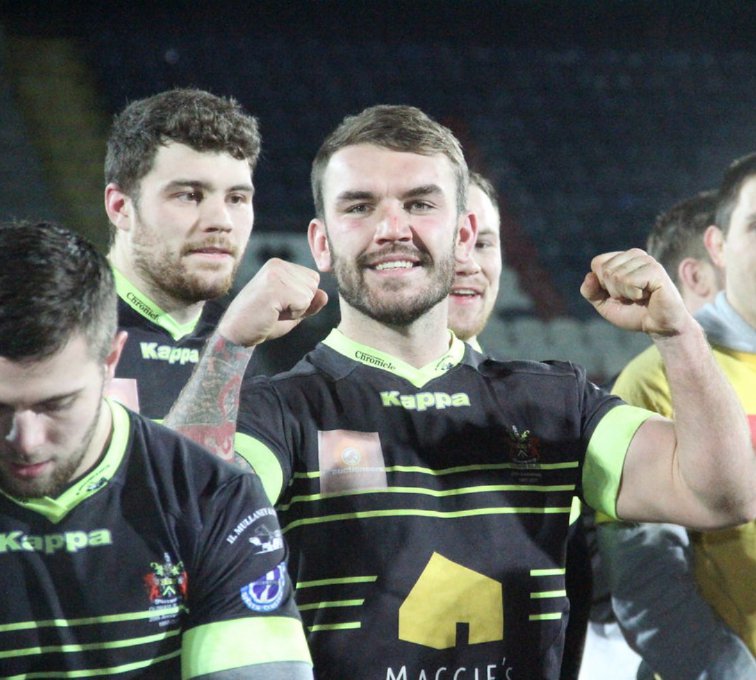 Oldham are hopeful that two players who were hurt in the Law Cup defeat at Rochdale  will be fit to keep their places in the squad to face St Helens in their third and final pre-season game at the Vestacare Stadium on Saturday night, kick-off 7.30pm.

Prop Jack Spencer damaged a bicep and centre John Hutchings (pictured below) tweaked a hamstring just after half-time and had to leave the field.

Final decisions will be made later, probably at training on Thursday, but there are high hopes that Spencer will come through and that Hutchings might also make it if he continues to improve at the rate he has done since last weekend.

Ed Smith, another forward, missed the Law Cup game after straining his back in training last Saturday morning, but he trained on Tuesday night and is expected to be okay. 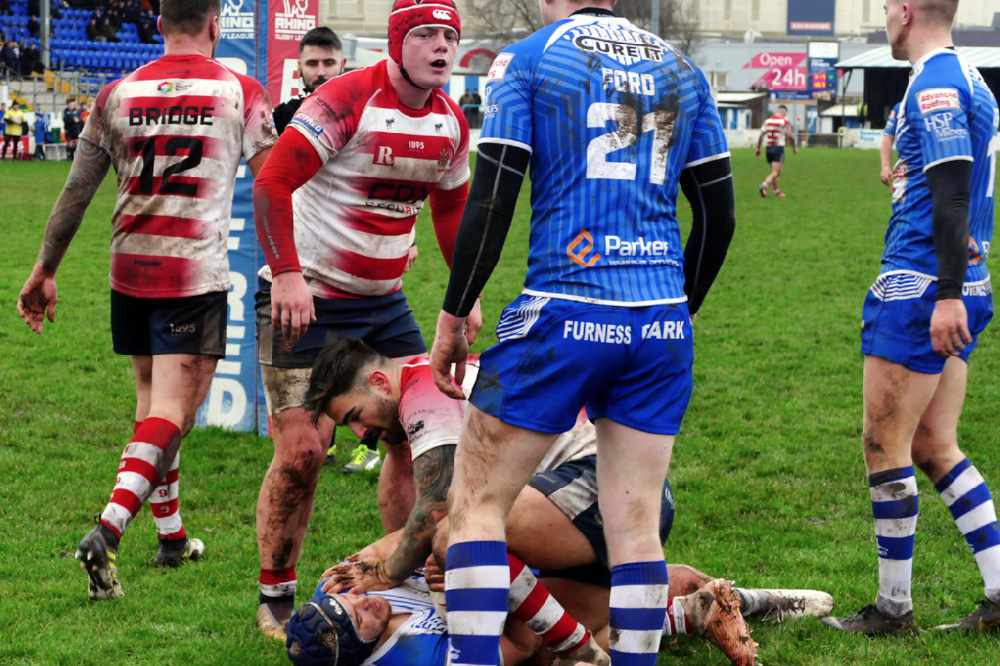 Centre Cameron Leeming's hamstring injury continues to improve but coach Matt Diskin seems reluctant to risk him ahead of the start of the Betfred Championship campaign against Widnes Vikings at the Vestacare Stadium on Sunday, February 2.

"We're working towards having Cameron ready for the start of the season," said Diskin. "He's coming along nicely."

That leaves front-row duo Ben Davis (back) and Jode Sheriffe (knee) still  struggling with injuries picked up in training. They've missed both games against Barrow and Rochdale  and it isn't yet known when Davis will be back.

Sheriffe won't be back for a while because a scan on his troublesome knee has revealed considerable wear and tear. He will need surgery which will keep him sidelined for several weeks.

Having turned in a below-par performance at Rochdale last time out, Roughyeds will be determined to put up a much better show on attack and defence against mighty Saints on Saturday night.

who will not be required for the next day's testimonial game against London Broncos.

Admission is £10 for adults and concessions, £2 for under-16s and £2 across the board for a transfer to a seat.