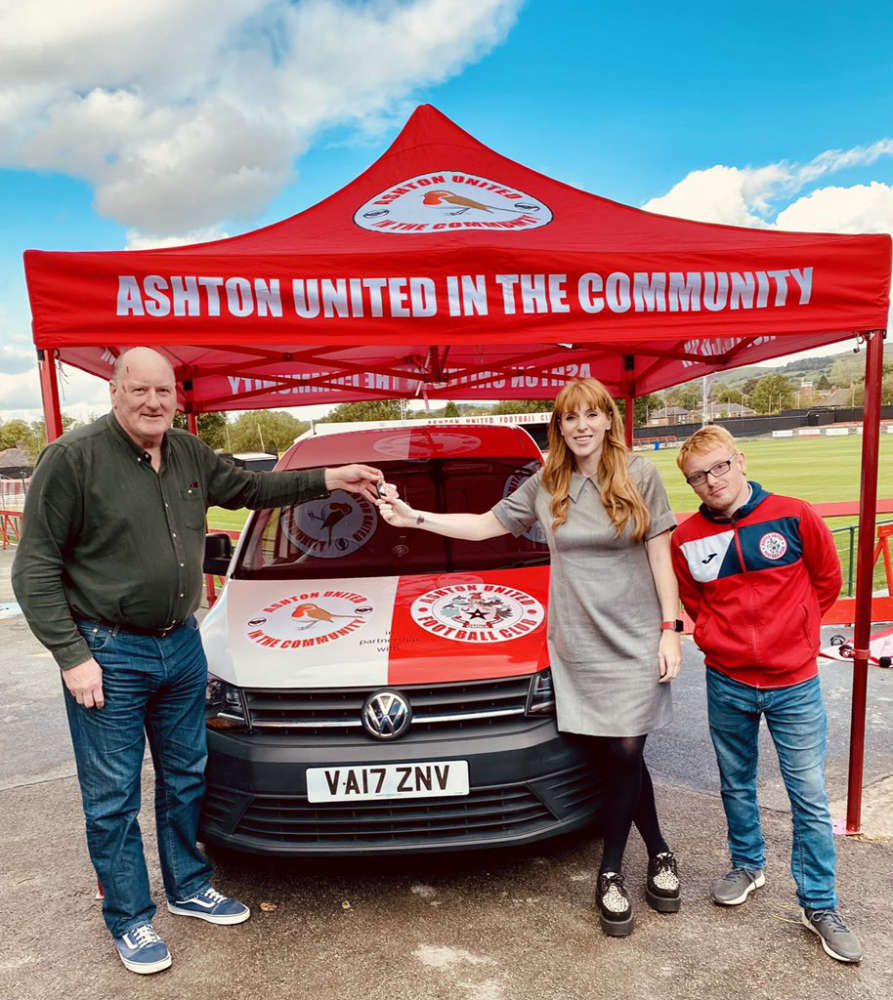 The van, which has been purchased following a number of fundraising efforts, will assist Ashton United in the Community - the club's charitable arm  -  with their ongoing efforts to help the local area.

Uses of the van will include picking up food and activity packs, transporting equipment to their pop-up events, and for their recycling services. 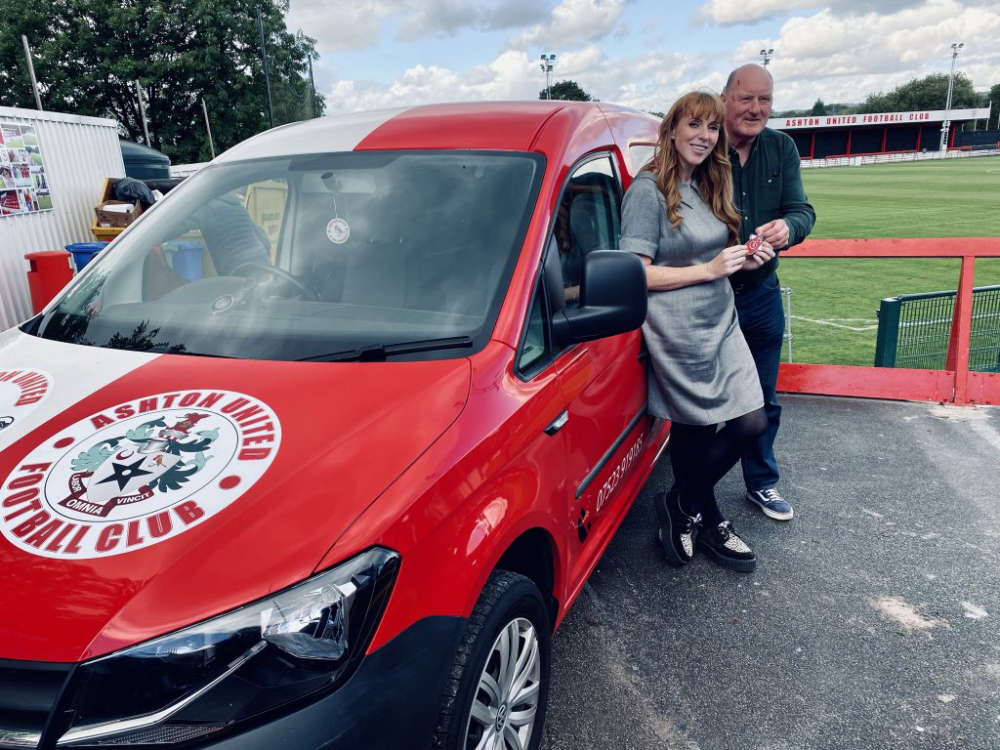 The charity was formed in March 2020 and has since developed massive popularity amongst local residents, helping over 200 families by distributing activity packs, along with distributing over 750 food packs.

The van, which was officially unveiled by Ashton MP Angela Rayner, has been purchased thanks to the launch of a Go Fund Me Page, support from Tameside Council CDP and a number of fundraising initiatives, including club volunteer Patrick Finnegen's trek from Hurst Cross, the club's home ground, to Stalybridge Celtic's Bower Fold which took place in August. His efforts raised almost ₤2,000 and attracted widespread attention on various online platforms.