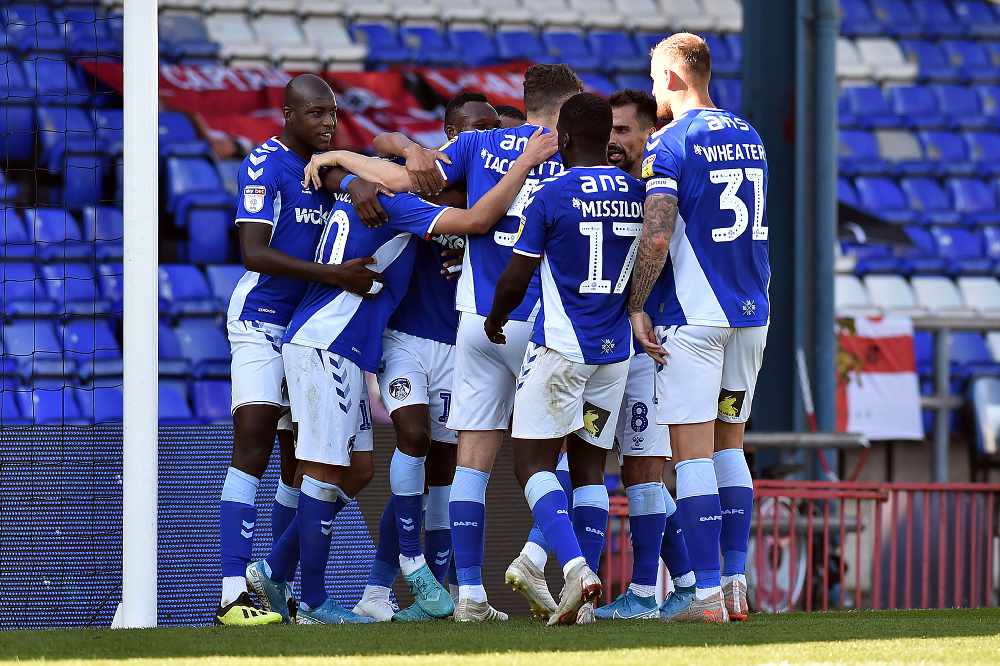 Oldham travel to fellow strugglers Mansfield Town this weekend as they aim to put more distance between themselves and the relegation zone.

Oldham suffered a 3-0 defeat on Tuesday in the Leasing.com Trophy this season as goals from Sadou Diallo, Offrande Zanzala and Jordan Clark sealed the win for Accrington Stanley at Boundary Park.

The defeat was Oldham’s first in the competition this season and Head Coach Dino Maamria said after the game, "It doesn't look good, no disrespect to Accrington they came here and beat us, it's not good and I think that it's a wake-up call for everyone.

"I think that the more I see of the players the more I learn about them. To be fair, I've got to be honest, I thought we started really bright on the front foot and we looked much better than them.”

He added: "I've got to say some of the lads gave everything they've got like Christopher Missilou, Mohamad Sylla and I thought that the back four worked really hard as well, Tomas Egert got through 90 minutes but I didn't want him to play 90 minutes.

“But, then I look at the other side of it I think some of the lads played are just not at the level that I need them to be and that's something to find out so it's going to be very difficult because we've got no depth in the squad whatsoever.”

Oldham’s opponents Mansfield have endured a poor start to the season so far after missing out on automatic promotion on the last day of the season back in May. After also losing out in the Play-offs the club hired former player John Dempster as manager but the Stags have struggled this season. The club find themselves in 19th position and just two points ahead of Oldham in the table.

A win for Oldham could see them move as high as 16th in the league table but a loss could place them just three points above the relegation zone.

And Maamria is hoping to have some key players back ahead of the game as he said after Tuesday’s defeat, “We'll have a day off Wednesday and we're back in Thursday and we'll regroup. Hopefully, I'll get David Wheater, Mohamed Maouche and some of those players back and we'll be ready for Mansfield which is going to be a tough game."