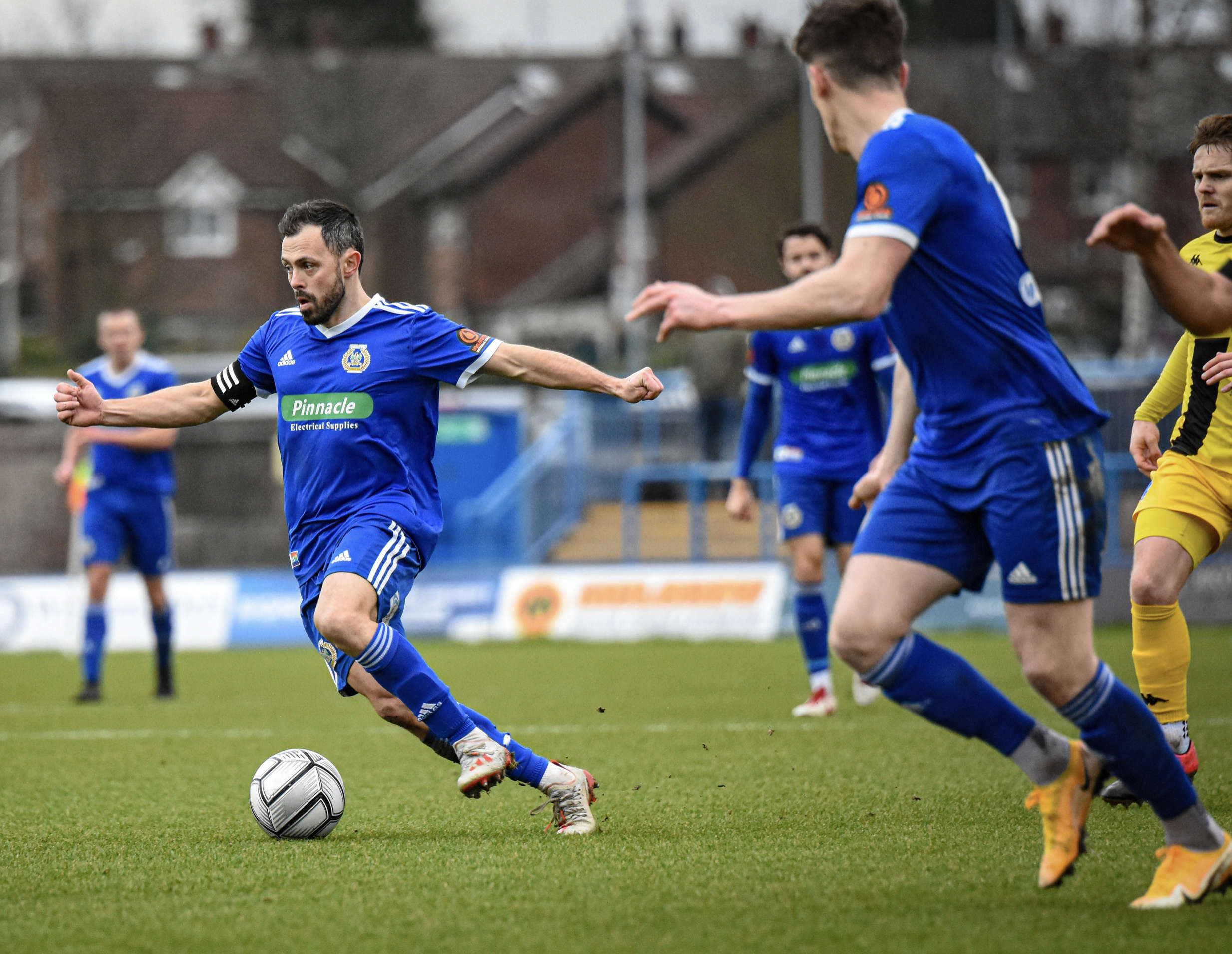 In a game where the visitors came from two goals down, Curzon relied on a bit of luck in the final moments.

Chester got the game underway at a chilly Tameside Stadium. A game that also saw a first start for new signing Jordan Richards, the right-back joining from Farsley Celtic on January 14. It was the away side who fashioned the first decent chance inside the opening 10 minutes, forward Okera Simmonds capitalized on a Craig Mahon slip and forced Nash goalkeeper Chris Renshaw into a good save. The shot-stopper recovered well to deal with Robert Apter’s follow up.

It was a slow start to the first half, with neither side managing to grab the game by the scruff of the neck. That was until the 23rd minute, when midfielder Alex Curran coolly slotted past Louis Gray in the Chester net. A goal that was expertly crafted by winger Jaime Cooke who beat three players on the way to setting Curran up.

Alex Curran doubled his tally on the 37th minute after picking the ball up outside the Chester area and lashing a low strike past Gray at his near post. Chester nearly pulled one back just before the break, as once again Renshaw was required to make a great reflex save to tip the ball over the crossbar. Once again, the away side were denied, this time when the header from the resulting corner was hooked off the line.

The Nash went into the break two to the good, goalkeeper Renshaw making sure it stayed that way with a few excellent stops. Chester’s continued pressure paid dividends just after the break. Forward Simmonds tapping in following another good Renshaw stop. The Nash swiftly restored their two-goal lead through striker Tom Peers. Curran was once again involved, this time turning provider, unselfishly rolling the ball to Peers for a tap-in.

Chester once again pulled one back, this time through substitute forward George Waring who latched onto Apter’s cross and headed past Renshaw in the Curzon net. With just over 15 minutes to go the visitors grabbed the equaliser. Typically, Apter was involved, this time finding an unmarked Kevin Roberts to nod home. With a little over five minutes remaining, Okera Simmonds squandered a huge chance to win the game for the away side, as he blasted over from a little more the 12 yards out, with just Renshaw to beat.

A back pass to goalkeeper Gray was pressured by Peers, resulting in the ‘keeper firing the ball against the forward. The ball looped over and into an empty net for the Nash’s fourth, with almost no time remaining. There was no love lost for the former Chester man and the fans as he bagged the winner with seconds left on the clock against his former side.

The result sees Curzon climb into 7th and into the National League North play-off places ahead of next weekend’s visit to AFC Fylde. The Nash will be looking to take this performance into next week’s game as they look to make it three wins in the last four games.