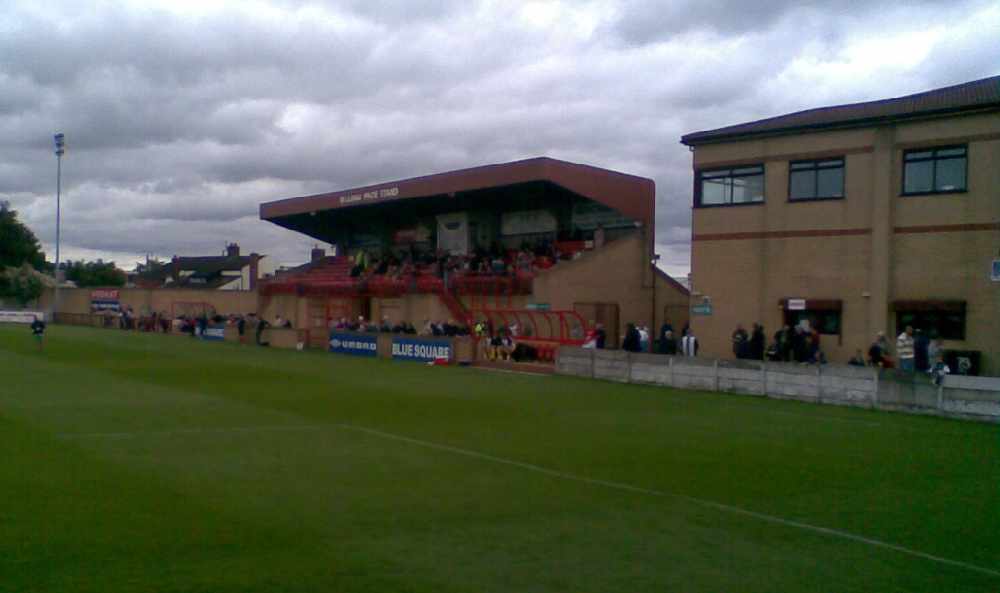 These two teams will meet again on Tuesday after they could not be separated at the Butchers Arms.

After a tight first half in which both teams had chances, Ashley Kelly gave the visitors the lead on 48 minutes, turning in Conor Tinnion’s cross from close range.

Droylsden levelled ten minutes later. A screamer from Danny Wilkins heading for the back of the net was blocked for a corner which Andy Langford met with a firm header at the back post.

Droylsden though will rue the missed chances in the first half after a flying start from the visitors,  both Rhys Clooney and Wilkins had chances to put the Bloods in front after mistakes by the visitors' defence.

Clooney, one on one with the keeper had more time than he thought and lobbed wide while Wilkins in a similar position pulled his shot wide.

The best chance though fell to Domaine Rouse after Clooney set him up leaving him free in the area, only to see his effort tipped around the post by James Atkinson.

Workington had their chances too, Tinnion’s goal bound effort deflected for a corner while Kelly saw his close range effort saved by Chris Thompson.

The second half produced less with both teams struggling to produce much after the Bloods levelled.

Ceiran Casson went close with seven minutes remaining for the visitors but in the end, a draw was probably a fair result.