10-man Hyde hold out for victory at Buxton 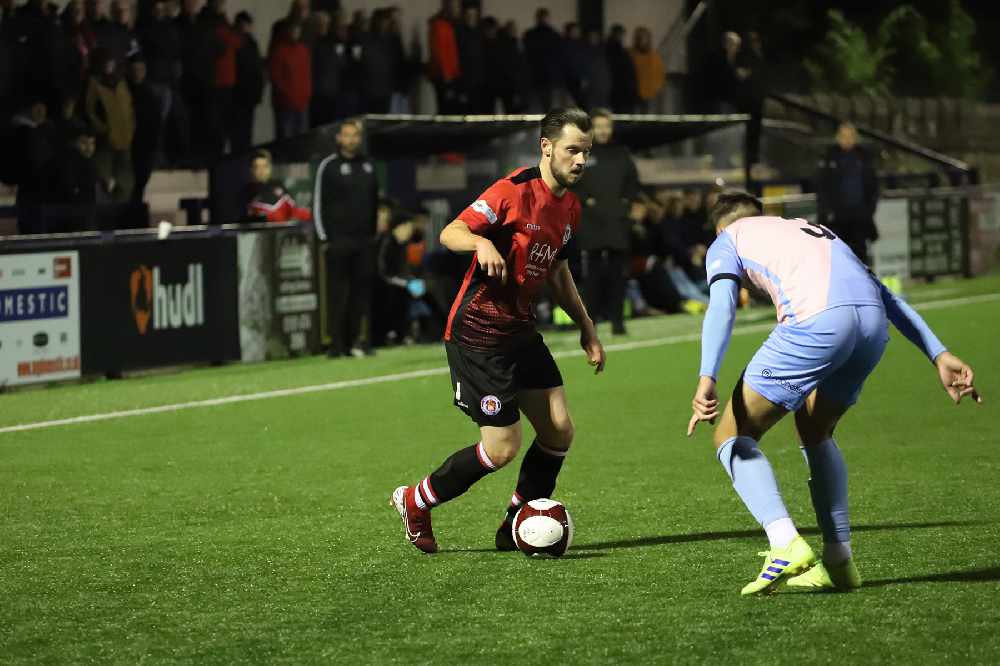 Another excellent away display saw the Tigers take all 3 points against a very much improved and impressive Buxton side.

The home side came out of the traps lively looking to find through balls to split the Hyde midfield and defence and get the ball to the tricky frontmen of De Girolamo and Elliot quickly. However, the storm was weathered giving the opportunity for ourselves to get a foothold in the game.

The lead was taken 10 minutes before the break from one of a series of corners, the ball was aimed towards the far post, headed back across goal by Tongue to Fagbola who’s half volley rifled into the back of the net.

The second goal was an excellent break, the full length of the pitch, started by Tongue and Lane, who’s ball beyond the Buxton defence found Pratt who crossed for Hughes who fired home inside the box.

Buxton started the second period identically to the first, with quick movement and slick passing causing problems. Only this time it did look like a goal was coming and this was proved true when Diego De Girolamo got one back on 55 minutes.

What followed this was an impressive defensive display from Hyde, who, despite a Dyche sending off in added on time, remained disciplined to keep hold of the victory.

Picture by Nigel Wood (Tom Pratt, who has signed an extended deal with the club, in action earlier this season)