Plans for Aldi store in Chadderton refused against officers' advice

The CGI plans for the new Aldi store in Chadderton. Photo: The Harris Partnership/Aldi.

Plans for a new Aldi store on an Oldham business park which divided residents have been refused after councillors said they wanted to hold out for 'high quality' jobs on the site.

The supermarket had applied to the council to build a new hub at land at Broadway Green Business Park in Chadderton.

The store would have been 1,315 sqm in size, with an additional warehouse, staff and office facilities, and was proposed to be built off the new Lydia Becker Way road.

Currently the site is surrounded by undeveloped land which is proposed for industrial units, and a new residential development.

There was also a proposed ‘flexible use’ commercial unit which would have been for the sale of food on the site, either as a coffee shop, bakery or ‘restaurant type’ facility.

According to the report to the planning committee on Wednesday, there had been 127 letters of support and 57 letters of objection over the proposals.

Supporters said that it would mean residents would not have to travel as far to shop and would allow people to access low cost food without having to drive.

However people opposed to the Aldi said it was not needed and was too close to properties neighbouring the development.

The rival superstores Lidl and Tesco had also objected to the plans.

But planning officers had recommended that the plans be approved.

However committee member Coun Barbara Brownridge told the meeting that employment land in Oldham was being ‘constantly whittled away’.

She was concerned that the plans did not comply with a council policy, which stipulated that the site was part of a Business Employment Area with certain agreed uses, for office, industrial and warehousing. 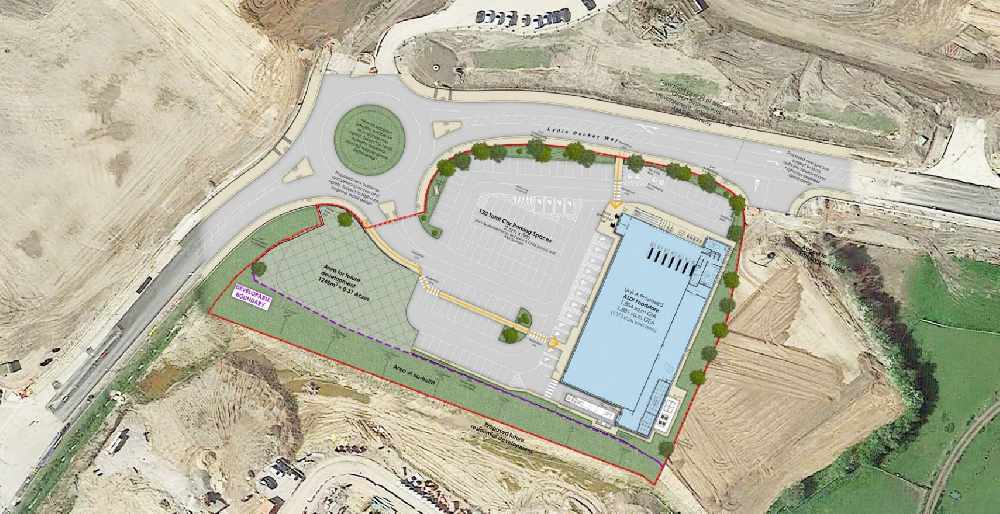 Coun Brownridge told members she opposed the building of the foodstore on the site, adding: “It will condemn Chadderton town centre to being a second rate centre forever.

“I am really not criticising Aldi. But there is a tendency in Oldham to panic and be so grateful that anybody wants to build something we just say yes and we’re not prepared to grit our teeth and hang on.”

Mike Hollis, who came to the committee to speak against the application, said that the council’s development plan ‘is king’ and there were not material reasons to allow the industrial employment land to be used for a foodstore.

“I really would urge you to take into account the impact on Asda, and the other food and service traders in the centres,” he added.

Ward councillor Colin McLaren also appeared at the meeting to speak on behalf of residents living on a nearby estate after holding consultations with them.

“Many stated that they would not have purchased their homes if they had been given any indication that such a proposal was in the offing,” he said.

“Many would prefer to see a much improved retail offer in Chadderton town centre.

“The committee are being asked to agree to surrender employment land while other potential employment sites in Oldham have been lost.”

He added it would be ‘hard to justify’ losing this site to Aldi when the council is also being asked to consider sacrificing green belt land to employment purposes.

“The anger and frustration expressed by the residents of Cavalier Square appears to be justified,” Coun McLaren added.

Coun Hazel Gloster added the council’s planning policies are ‘out of date and we depart from them on a whim’.

“I just feel that anything can go through with this council because our policies are so out of date and it’s just wrong, it’s just absolutely wrong,” she said.

“We’re just becoming overrun with these types of supermarkets.”

Coun Pete Davis added: “It was supposed to be quality jobs. I don’t see any reason why we would not still seek those quality jobs on that site.”

Speaking at the meeting, officer Stephen Gill said: “Environmental health have reviewed the application and have no objections on residential amenity grounds.”

He explained that no deliveries would be permitted outside the hours of 6.30am to 11pm Monday to Saturday, and 8am to 5pm on Sundays.

He added that 29 new trees would be planted across the site and the foodstore would create up to 50 full and part-time jobs.

“Aldi will be working with the council to help create employment opportunities locally,” Mr Gill added.

“The proposal will play a crucial role in enhancing consumer choices in Chadderton.

“Both the foodstore and the commercial unit will deliver economic development in Chadderton. The proposed food store specifically will signal strong investment in the area and will help boost the local economy.

“The benefits of the scheme outweigh the harm in this instance.”

Mr Gill said that while it was a departure from the planning policy for the site it would still ‘achieve employment opportunities’.

Conservative Coun Max Woodvine said the application was ‘great’ and he ‘supported it fully’.

“I think lots of the young people in Chadderton will be pleased that the jobs are opening up for them in Aldi,” he added.

Adam Robson, a property director with Aldi said: “Whilst we acknowledge that a food store may not have originally been envisaged for this employment site, the committee report concludes that in this case the benefits outweigh those of a traditional industrial use.

“Aldi will create at least 40 new positions and these will be targeted at local people.

On the second unit, he added: “I know there is speculation locally that this might become a fast food restaurant, but I can categorically state that this use has not been applied for.”

But councillors voted to go against officers’ advice to refuse the plans, eight to two.