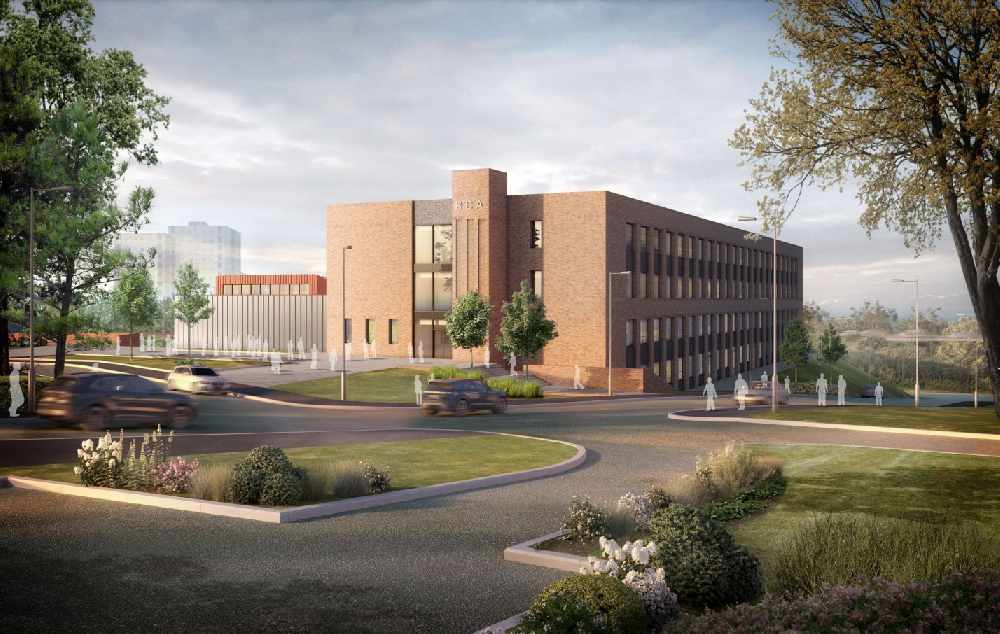 ARTIST'S IMPRESSION: The new high school in Oldham which will be called the Brian Clarke Church of England Academy.

A planning application for a huge new high school in the middle of Oldham town centre has been submitted to the council.

The Cranmer Education Trust is aiming to build a new school, named the Brian Clarke Church of England Academy, on land off Booth Street.
The proposed 1,200-pupil academy is named after the Oldham-born artist and architect Brian Clarke, who works predominantly in stained glass.
The trust’s aim is that the new building will also include a ‘unique’ original stained glass window designed by Mr Clarke. 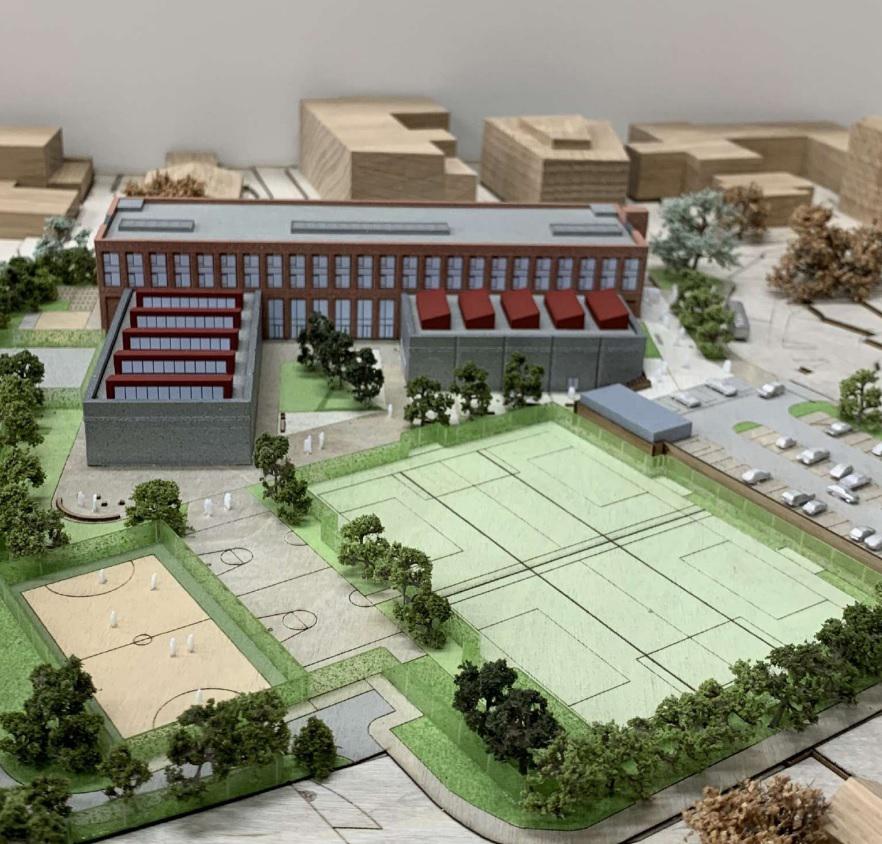 The brownfield site where the school is proposed to be built was previously occupied by a Sainsbury’s supermarket which has now been demolished.
The design and access statement says that the development is not without a number of ‘significant challenges’ including building on a ‘restrictive site’ and repairing a ‘fragmented urban fabric’
However it adds that it will deliver a ‘state of the art’ facility with ‘myriad’ social and economic benefits to the area. 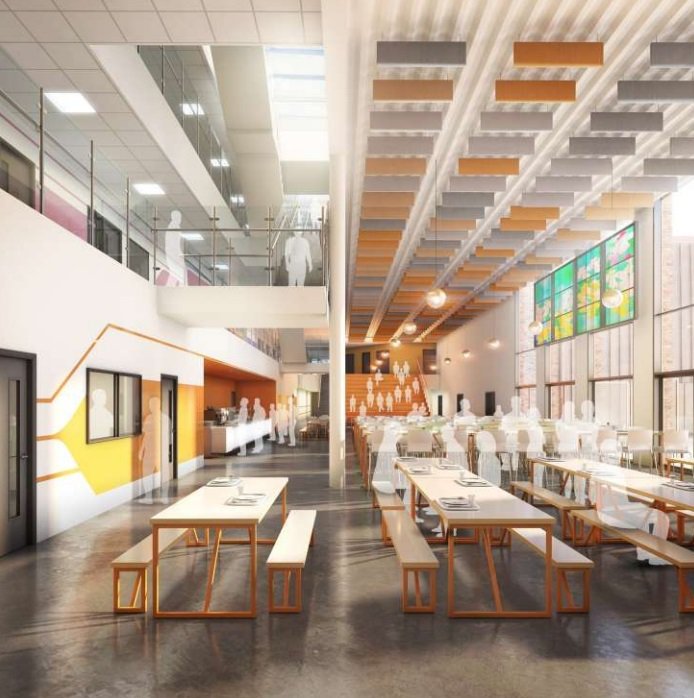 The cost of building the school will be funded by the Department of Education.
Cranmer Education Trust CEO Julie Hollis said they were ‘very excited’ to reveal the ‘impressive’ proposals.
“We are so pleased to be working with Oldham-born artist Brian Clarke, whom the school is named after and Oldham based construction company Willmott Dixon,” she added.
“We anticipate a whole range of events and opportunities for those interested in the Brian Clarke CE Academy to learn much more about the new school”. 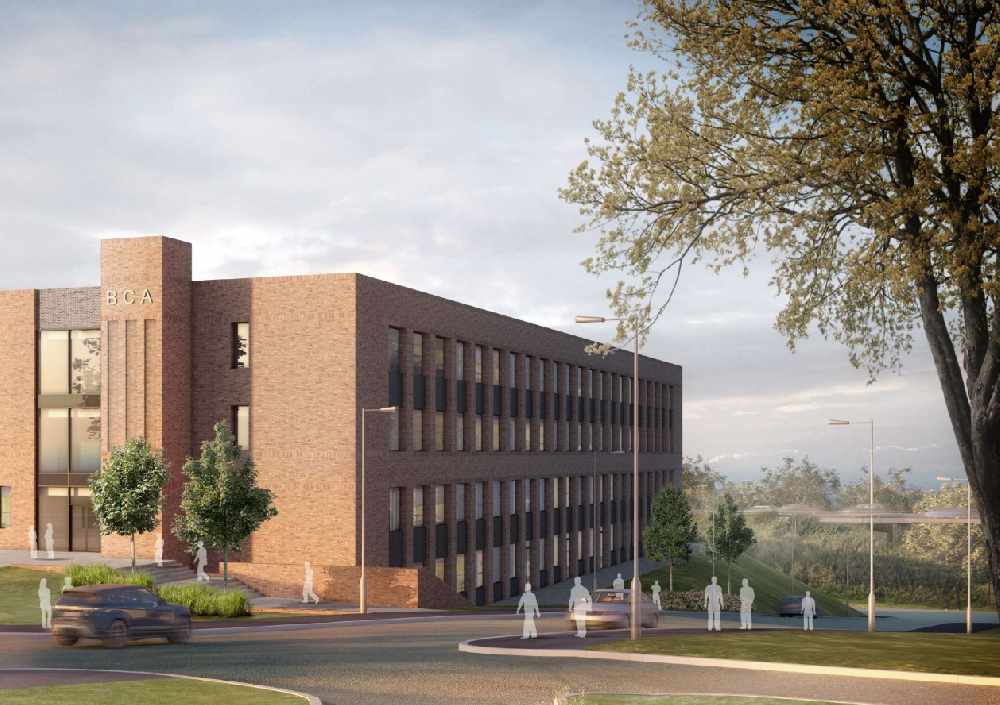 The proposed school will stand four storeys high, and documents state the building will be handed over to the trust in March 2023.
However the academy will open with a Year 7 intake in September 2022, ‘initially teaching in temporary accommodation’.
There would be 112 parking spaces on the site, including 62 accessible bays, and four electric car charging points.
According to the initial plans, the main entrance would be located at the ‘natural arrival point’ at the junction of Middleton Road and Booth Street. 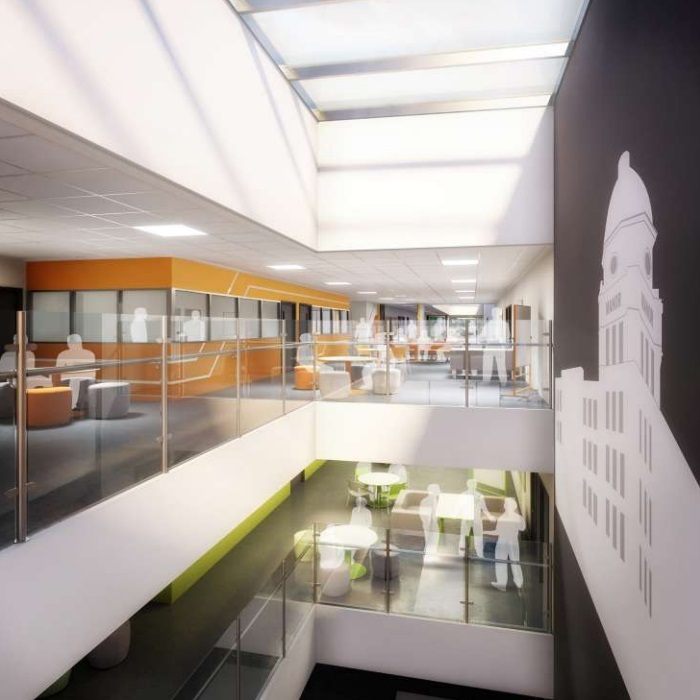