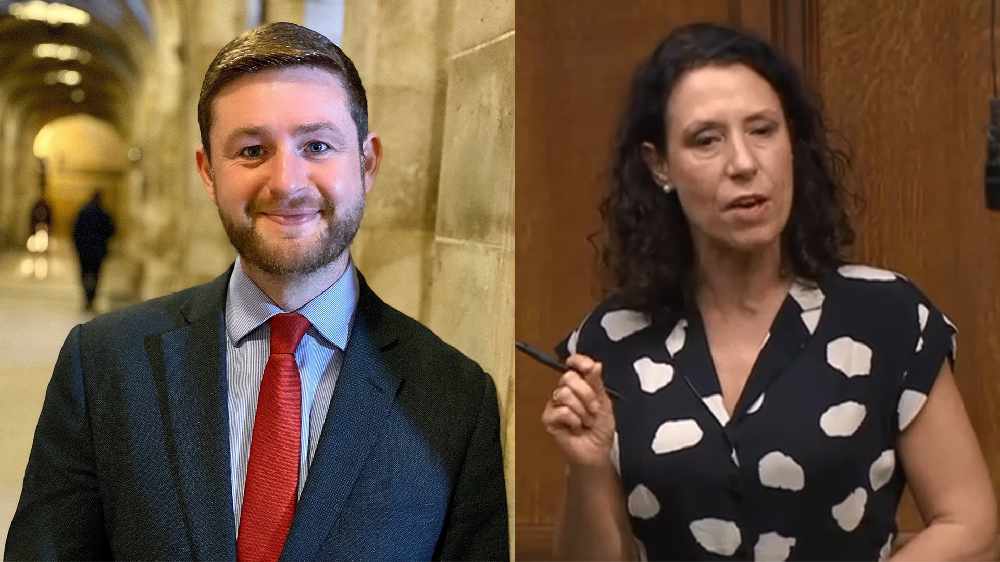 Oldham's two Labour MPs have given their reaction to Chancellor Rishi Sunak's Budget announcement in the House of Commons.

Mr Sunak vowed to "protect the jobs and livelihoods of the British people" as the country emerges from the coronavirus crisis.

Laying out how the UK will recover from the pandemic, Mr Sunak set out a three-part plan in the House of Commons on Wednesday (3 March).

He said: "First, we will continue doing whatever it takes to support the British people and businesses through this moment of crisis.

"Second, once we are on the way to recovery, we will need to begin fixing the public finances – and I want to be honest today about our plans to do that.

"And, third, in today's budget, we begin the work of building our future economy."

Mr Sunak extended furlough until September and unveiled plans to increase corporation tax for large companies from 2023 as part of a raft of announcements.

But the borough's MPs Debbie Abrahams and Jim McMahon said the Budget did not "lay the foundations for a fairer and greener recovery" and "failed to deliver a clear roadmap to recovery and a fairer economy".

Oldham East and Saddleworth MP, Debbie Abrahams, said: “It’s a relief that the furlough scheme is continuing and the support to self-employed people is extended, plus other business grants and schemes. But there is nothing to tackle the long term issues which have driven the high, and unequal, Covid death toll the UK has experienced, and that’s structural inequality.

“We know that over the last few years inequality has increased, poverty has increased. People on the lowest income have, proportionately, lost more income than those on the highest income.

“The majority of people living in poverty are in work. So, I’m glad that the Chancellor has extended the Universal Credit uplift of £20, but my question is what about the people on legacy support, who are often disabled? They’ve had nothing from the Chancellor.

“Moving some government departments to the north is not enough to ‘level up’. We need real change starting with ensuring we have an adequate social security system, which the current one is patently not, as we have the lowest out-of-work support in the in all of the OECD (Organisation for Economic Co-operation and Development) countries.

“We need more investment for children and young people, who’ve lost more days from school and college than most areas because of the amount of time we’ve been in lockdown.

“This needs to be reflected in the extra support given to schools and colleges and the Kickstart scheme, which has only created 2,000 jobs since last summer, just isn’t good enough. It should be extended and made more community focussed.

“What about our NHS and Care Services? Barely a word was mentioned by the Chancellor on these essential services. Yet the Budget book shows cuts in NHS spending beyond the £22bn squandered by Serco in the national Test and Trace programme.

“Finally, it beggars belief that after a year when our key workers have been giving their all and keeping going in very difficult circumstances that the Government is set to freeze their pay in real terms a pay cut. The Budget has failed to lay the foundations for a fairer and greener recovery, where health and wellbeing for all is at the heart.”

Oldham West and Royton MP Jim McMahon - who is also the Chair of the Co-operative Party and Shadow Transport Secretary - commented: "This Budget was an opportunity for the Government to tackle the inequality which fuelled both the Covid-19 crisis and its economic aftermath.

"Instead, the Chancellor has delivered a budget which manifestly fails to deliver a fairer economy or clear roadmap to recovery.

"Co-operatives contribute £38.2 billion to the British economy, and yet there was not a single direct mention of the co-operative sector in the Budget.

"If the Treasury hopes to unleash business growth, they must not forget to ensure member and employee-owned businesses - which are more productive, resilient and contribute to their communities - are incentivised to thrive."

The Chancellor had the stage today to set the economic roadmap out of Covid, and to set the scene for what the future economy will be.

That he failed to do is worrying for the nation and frankly a missed opportunity for his leadership ambitions.