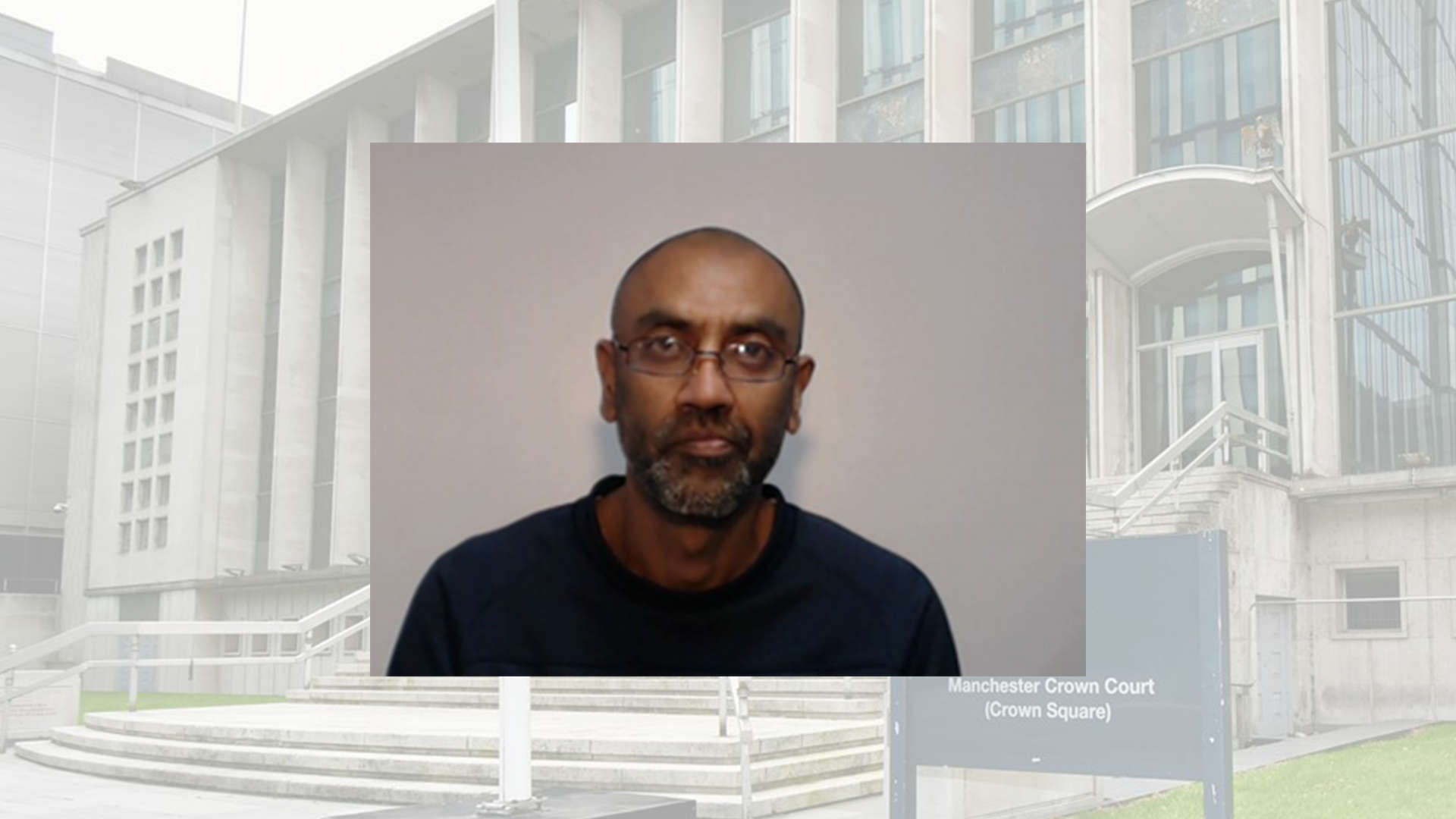 A 50-year-old man from Oldham, described by a judge as 'every woman's living nightmare', has been jailed for life with a minimum of six years.

He was sentenced after appearing at Manchester Crown Court on Wednesday (8 September).

On the afternoon of 25 July 2019, the victim was waiting for a bus home from work at a bus stop on Palatine Road, Withington, when she spotted Alam walking down the road towards her behaving in an 'odd' manner.

A few minutes later, the victim who was looking in the opposite direction at the time, felt Alam place his arm around her neck, which was done with such force that she was pulled into some nearby bushes while Alam continuously told her 'you're coming with me'.

The victim dropped her purse on the floor in the hope that Alam would take what she had and leave, but he continued to drag her towards the grounds of St Cuthbert's Church, close to the bus stop, with the victim fearing that she would be raped.

A short time later, the driver of a passing car spotted what was happening and shouted out for Alam to leave the victim alone. It was only then that Alam released the victim and ran off into the church grounds.

A few months later on the 30 October 2019, a PCSO from GMP recognised Alam following the release of CCTV images appealing for the public's help in identifying the suspect.

After a thorough investigation by the investigating officer Police Sergeant Christopher Turner, from the Fallowfield and Withington Neighbourhood Team, Alam was later charged with kidnap and assault.

Alam was described by Judge Alan Conrad QC at the sentencing as "every woman's living nightmare."

Police Sergeant Turner said: "This was an absolutely terrifying ordeal for the victim who was simply trying to get home after a day at work and I am very pleased that Alam has now been taken off the streets.

"I would like to thank the victim for her bravery in helping us with our investigation and the members of the public who stepped in to help following the incident.

"I'd also like to thank Rachael Yarwood from the Crown Prosecution Service and the prosecution Barrister in the trial Matthew Curtis, both of whom have been outstanding in making sure that Alam has been brought to justice."

Senior Crown Prosecutor Rachael Yarwood, of CPS North West, said: “These offences have had a devastating impact on the victim’s life. She showed incredible bravery in giving evidence against her attacker. Without her evidence we wouldn’t have been able to secure this conviction and sentence, which will protect the public from Alam in the future. I hope today’s sentence will bring her a measure of comfort.”

Greater Manchester Victims' Services provide emotional and practical support to anyone affected by crime and are a confidential service. The service can be contacted by visiting the website on www.gmvictims.org.uk or calling 0161 200 1950.