Council 'naive' to think CSE cases do not take place 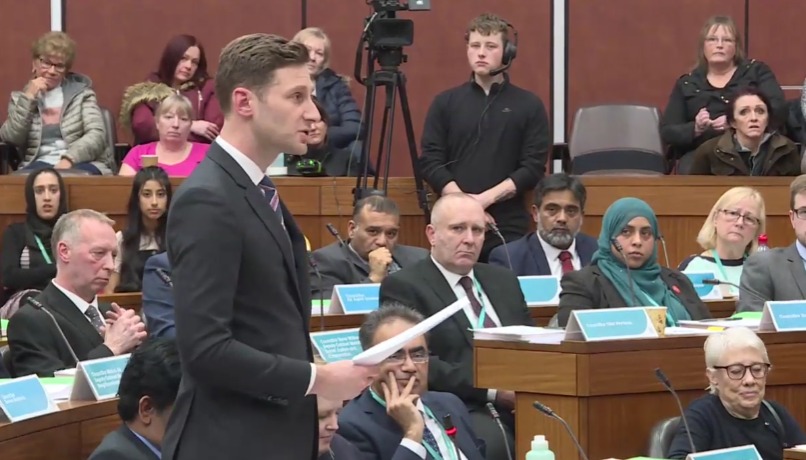 Oldham Council would be 'naive' to think cases of child sexual exploitation do not take place, says its leader as he calls for people with 'evidence' to contact safeguarding leaders.

An independent review is due to take place into allegations of historic child sexual exploitation in the borough, dating back to 2012, which have been made concerning ‘shisha bars, taxi companies and children’s homes’.

In November it was announced that academic Dr Mark Peel, who had originally been commissioned to lead the review, had stepped down before it had begun.

Chiefs said they were writing to Mayor Andy Burnham to request the Oldham investigation be combined with an ongoing review into sexual and criminal exploitation of children and young people across Greater Manchester.

At a full council meeting on Wednesday night (January 8), council leader Sean Fielding provided an update on the progress of the review, which he said would be as ‘effective and thorough as possible’.

He said he was ‘grateful’ to survivors who had spoken about their experiences, and said the review would identify whether more could have been done to ‘protect or support them’.

Coun Fielding told members that the project would be led by Malcolm Newsam CBE and Gary Ridgeway, a former commissioner for social care in Rotherham and detective superintendent in Cambridgeshire Police respectively.

“Malcolm and Gary will bring their huge experience in children’s social care and policing to the work, and I can assure residents that they will have the full cooperation of the council for anything that they require,” he said.

“For the review team to conduct their work effectively it is absolutely vital that anyone with evidence of historic failings presents these for consideration.

“As we have previously said, if anybody has evidence of offences, recent or historic, or concerns about the safety of an individual or group of individuals, please contact Oldham’s multi-agency safeguarding hub in the first instance.

“If the reviewers do not have full information our ability to learn lessons from the past is restricted and may put young people at risk.

“I am grateful to the survivors who have spoken about their experiences, and am confident that if the council or our partners could have done more to protect or support them and others that Malcolm and Gary will identify this.”

Coun Fielding said the terms of reference for the review would be publicly confirmed next week.

The review team would dictate the timeline, but also recognised the ‘need for public clarity as soon as possible’ over the allegations.

“Since allegations of malpractice around historic child sexual exploitation cases first surfaced, we have taken them seriously,” he said.

“It is important that residents feel assured that the council and its partners are doing everything possible to keep children safe.”

In a statement, the council previously said that the review would also look at the extent to which historical actions and employment records have been ‘adequately investigated’ in the case of ‘known offenders’ previously employed within Oldham public services.