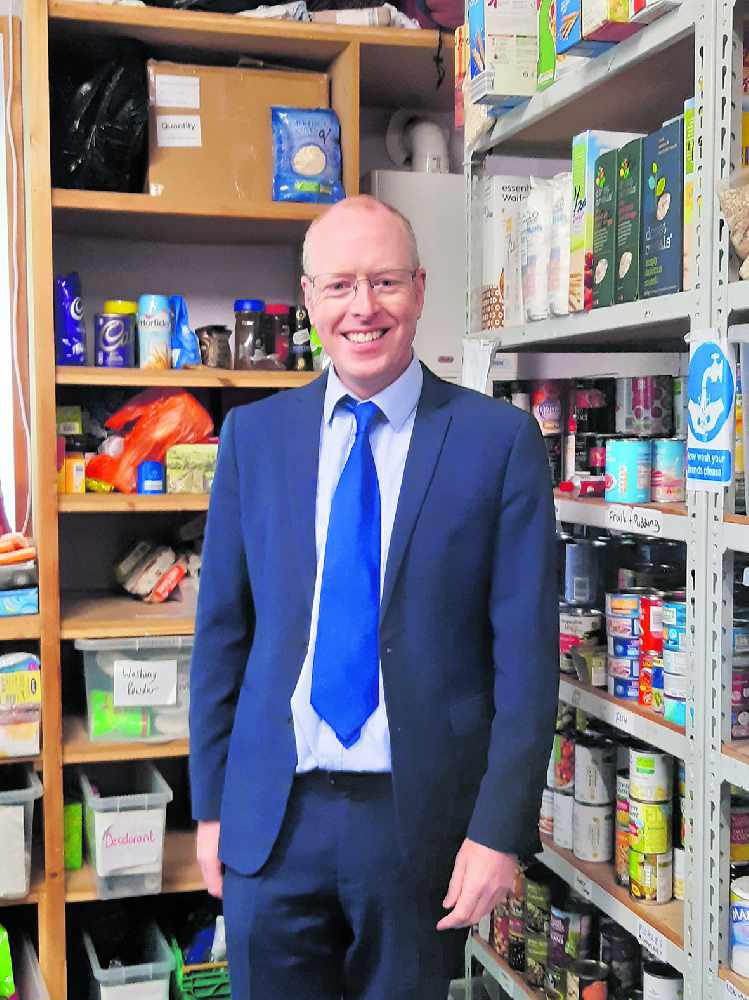 The National Lottery Community Fund has given a grant to High Peak charity The Zink Project to help it grow.

CEO Paul Bohan says the £153,000 -  spread over three years - will be used to employ a development manager from April.

A Wellbeing co-ordinator will also be recruited later this year.

The project was set up in 2015 and runs High Peak Foodbank.

Later that year Zink began to support foodbank users to get work.

So far nearly 300 long-term unemployed people in High Peak have got jobs through one of Zink’s five employment programmes.

Zink Advice has been busy too, last year they helped 200 people to resolve issues that caused them to need to use a foodbank.

Paul said: “Zink has grown rapidly in the last few years. There are now eight staff and more than 50 volunteers.”

Paul said the manager will help the project manage the future development of Zink.

He said: “It means we can plan better, expand services and look at new innovative ways of supporting people. Existing services, like High Peak Foodbank, cannot be funded by this grant so we still need to raise money for them.”

In 2016, Zink was the first UK foodbank to offer qualifications to help people find work and get out of poverty.

Its microjob programme was evaluated with the support of Sheffield University and found to be the first of its kind in the world.

Microjobs are small amounts of paid work to enable people who were long term unemployed with addiction issues to achieve recovery and move into mainstream work.

In 2017 recognising the shortage of High Peak labourers with site safety certificates, Zink received funding for Chesterfield College to run four courses in Buxton and Gamesley, with 34 people achieving the standard and now working on local building sites.

Zink also runs Buxton Community Wellbeing Café on the first and third Friday of the month at 5.30pm at Buxton United Reformed Church.

Surplus food that would have gone to waste, despite being in date and edible, is cooked to provide a three course wholesome meal.

Paul added: “The development manager’s job will be to build on the progress in tackling High Peak poverty that Zink has already made.

“It’s a chance for someone with a community spirit, imagination and pragmatic attitude to do what they have always thought needed to be done.”

There are two open evenings to find out more about the job - on February 7 at 6.30pm and February 10 at 6pm at Buxton United Reformed Church.

To help Zink continue to support local families and individuals out of poverty, you can donate online at www.highpeakfoodbank.co.uk