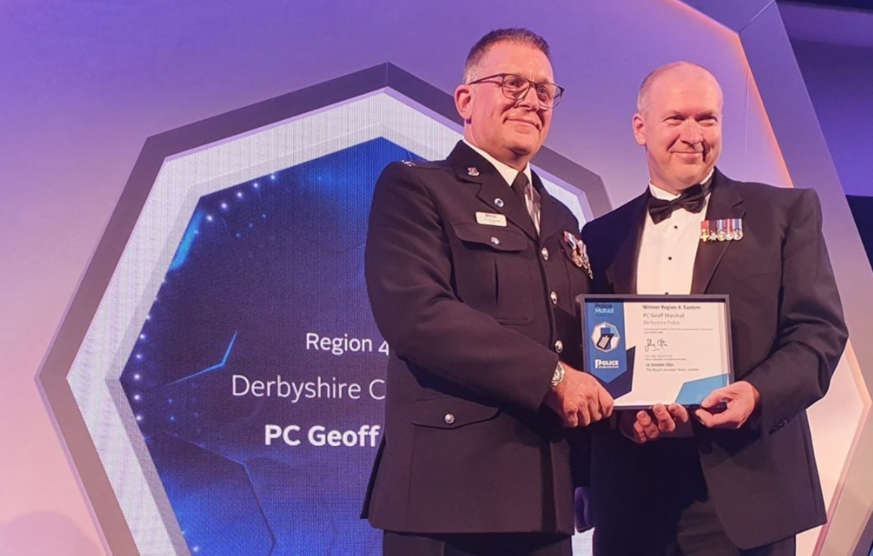 A brave constable who risked his life to prevent a dam from collapsing and flooding nearby Whaley Bridge has won an award.

PC Geoff Marshall was named the regional winner of a Police Federation Bravery Award on Tuesday night (12 October), in honour of his actions in August 2019.

Days of heavy rain had sent water raging over the dam wall at Toddbrook Reservoir in Whaley Bridge, taking with it a huge section of the structure.

If the dam failed, billions of litres of water would hit the town. An emergency operation was launched and officers in the potential flood area evacuated more than 1,000 people.

At the dam, it was critical that sandbagging was completed to try to prevent the structure from collapsing. 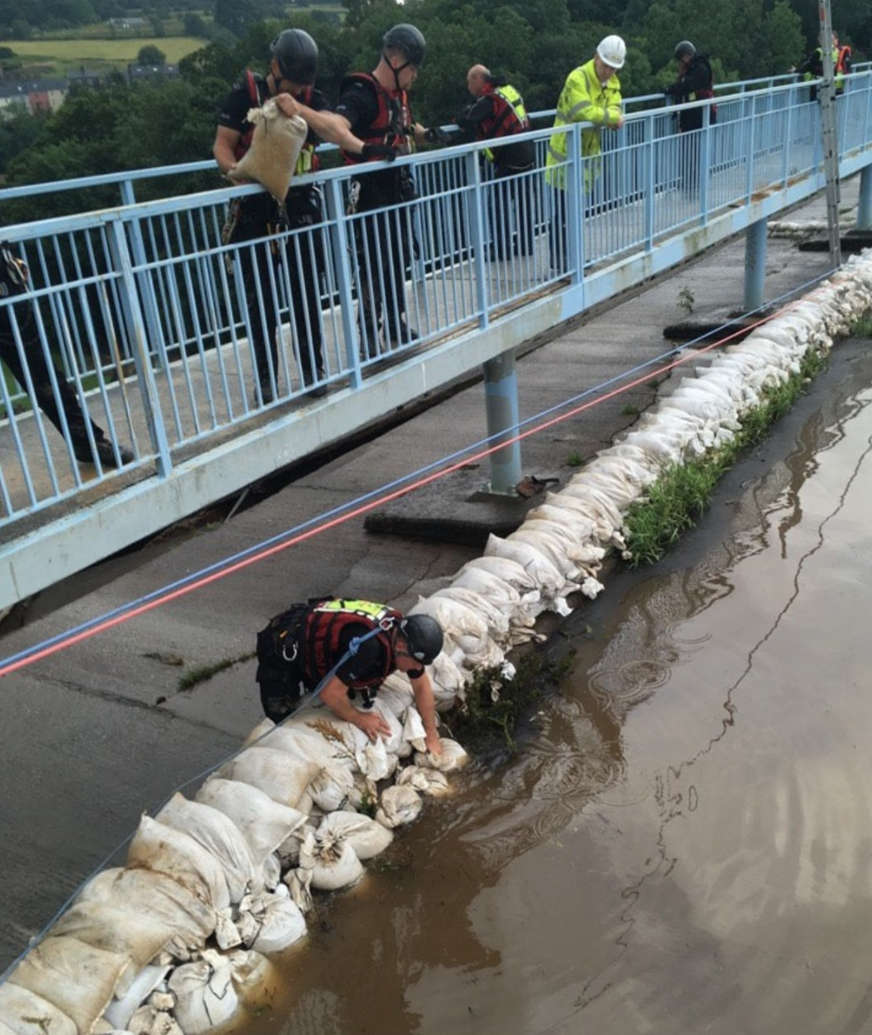 PC Marshall volunteered to work on the spillway and secured himself with a rope while his colleagues passed sandbags down.

He was the final link in a chain of officers working to place 300 sandbags at the top of the dam wall to stop water getting in.

For around two hours, officers and mountain rescue volunteers worked to place bags on the wall and buy enough time to temporarily secure the reservoir.

Chief Constable Rachel Swann said: “Geoff’s actions that day were brave and selfless. He placed himself in great danger to protect the town of Whaley Bridge. I am delighted that his courage has been recognised.

“Every officer and member of staff involved in the operation did outstanding work in very challenging circumstances and I am proud of them all.”

Derbyshire Police Federation Chair Tony Wetton said: “Were the dam to have failed, it is highly unlikely any of those involved in the sandbagging operation would have survived. All the officers present elected that they could not stand by and risk the death of around 2,000 people, including colleagues, without doing something.

"There were numerous officers involved in the incident and I would like to acknowledge their bravery and outstanding efforts too but PC Marshall went over and above the call of duty while thankfully supported by his colleagues.”

High Peak MP Robert Largan offered his congratulations to the officer, saying: "I think we should all be proud of PC Geoff Marshall, all the emergency responders and volunteers and for the way the whole of Whaley Bridge and the wider community responded to the evacuation. People pulled together and showed the best of the High Peak!"