WATCH: College releases their version of a Christmas classic

Students at Buxton and Leek College have produced another festive video, which is a version of the Christmas classic Merry Christmas Everybody by Slade.

Groups of students from across the college and some students who were off-site studying for an apprenticeship took a line of the song each – and in some cases acted and danced too – making for lots of comedy moments.

There were also some poignant scenes, including students singing part of the song, reminiscent of the recent iconic Rose Ayling-Ellis and Giovanni Pernice dance as part of BBC's Strictly Come Dancing.

Another highlight of the video is Buxton Football Academy, taking the limelight once again following some of the student players having made the first team which played in the second round of the FA Cup, televised on BBC TV earlier this month.

Fortunately, the weather conditions for the singing were better than their FA Cup match against Morecambe!

Buxton Fire Service also kindly got into the spirit, with impromptu filming taking place during a Public Services’ student tour of the station. 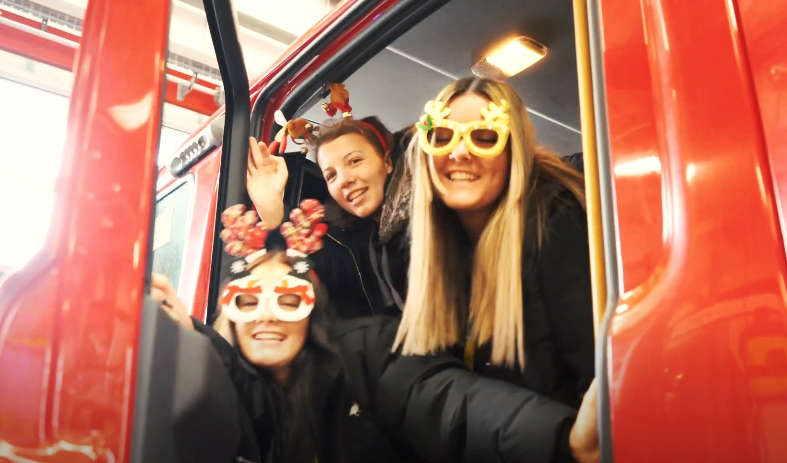 Media student Toby Barnes played guitar for some of the opening scenes of the video and, when he’s not in class, he can also be spotted performing in the Devonshire Dome.

Local landmarks that appear in the video include Alton Towers and the Buxton Crescent Spa Hotel.

As always, the college has been giving to charity over the Christmas period and have this year been collecting for local foodbanks.

You can watch the video at the top of the page.