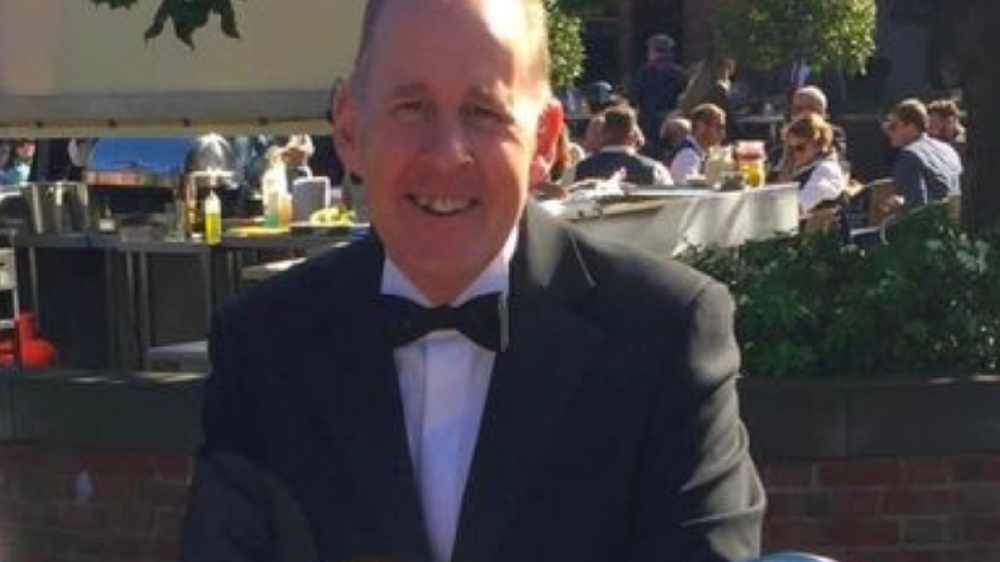 A Glossop businessman was strangled to death by his own rucksack when he plunged off a Spanish mountainside and became suspended in the branches of a tree, an inquest heard yesterday.

In the hours before his death sales director Graham Bateman sent a series of desperate messages to his wife saying he was lost and low on water.

The 61 year-old was found dead hours later in the hills above the Costa del Sol after posting SOS messages to his family begging for help as temperatures soared.

Stockport Coroner's Court was told the businessman, who ran a textiles company, had become lost during a lone hike in the La Concha mountains overlooking  the Mediterranean. on Saturday August 10 last year.

He was “well prepared” when he set out up the 4,000ft high mountain range. His stepson Andrew Brookes said Mr Bateman was an experienced hiker and they were in the same walking group together.

Describing his stepdad as a “warm, funny, nice bloke” that everybody loved, Mr Brooks said that walking 20 to 30 miles a day was “nothing unusual” for the fit and active businessman.

Asked about the day of the tragedy he said: “I knew he was going because we were talking about it in our WhatsApp group and he was saying he was preparing for it (the walk).

“Later I got a message from Graham saying he had reached the top. He sent a picture saying he’d done it, but he did say it was hot.”

A few hours later he received a phone call from his mum Gillian saying that her husband had not come back to their villa.

“He had contacted her and she said it sounded like he knew he was in trouble,” Mr Brookes told the court. “He said he was in a place he knew he should not be.

“I was concerned that he had run out of water, then in another message he told my mum that was an issue. He also said he had fallen and scrapped his legs.”

Over the course of the next hour Mr Bateman sent several messages to his wife, each increasingly desperate.

“At one point he said he was sat in the shade and was staying put,” explained Mr Brookes. “But he said he felt a bit disorientated and dehydrated.”

At around 4.35pm the battery ran out on his phone, that was the last contact his wife had with him.

His concerned family had already alerted he Spanish authorities, but because of language problems there was some confusion about the rescue operation.They also contacted the British consulate in Alicante for help.

At one point a rescue helicopter thought they had spotted Mr Bateman as the light began to fade, but when they reached the spot on the barren mountainside there was no one there.

Mr Brookes said he boarded a plane to Spain early the next Morning, but after landing he switched on his phone he had a message from the consulate saying his step father’s body had been found.

Investigators said they believed his death was the result of a freak accident in which he had fallen from a ledge.

Before hitting the ground his rucksack hooked on the branches of the tree with the straps wrapped around his neck. A post mortem ruled the cause of death was asphyxia due to hanging.

The couple had been on holiday near Malaga for a couple of weeks in an area is popular as a destination for locals, expats and tourists, although in summer high summer temperatures can be dangerous to walkers and cyclists.

In the past hikers unfamiliar with the terrain have become lost, especially on the way back down from the peak, but more signposts have been put up in recent years making it easier to stick to the main path.

South Manchester Coroner Chris Morris said it was a “tragic case of a man who lived life to the full”. He said Mr Bateman was obviously much loved and will be greatly missed.

“It’s clear from the evidence that over the course of the day he had somehow got lost after reaching the summit,” said Mr Morris. “He ran out of water and had suffered a fall.”

The coroner said the messages between the businessman and his wife showed that he knew he was in trouble.

He also said he shared the family’s “frustration” about the manner in which the Spanish emergency services had handled the situation.

“Very sadly Mr Bateman was not located or rescued,” he said.

“It’s clear to me he likely became disorientated, but I can only speculate that he believed he would never be found unless he took action on his own initiative.

“He has moved from the point where he was and very sadly sustained a fall.”

The coroner said medical evidence found that Mr Bateman died as a result of becoming suspended by his rucksack around his neck from a tree.

“My conclusion is this was a tragic accident,” he added.