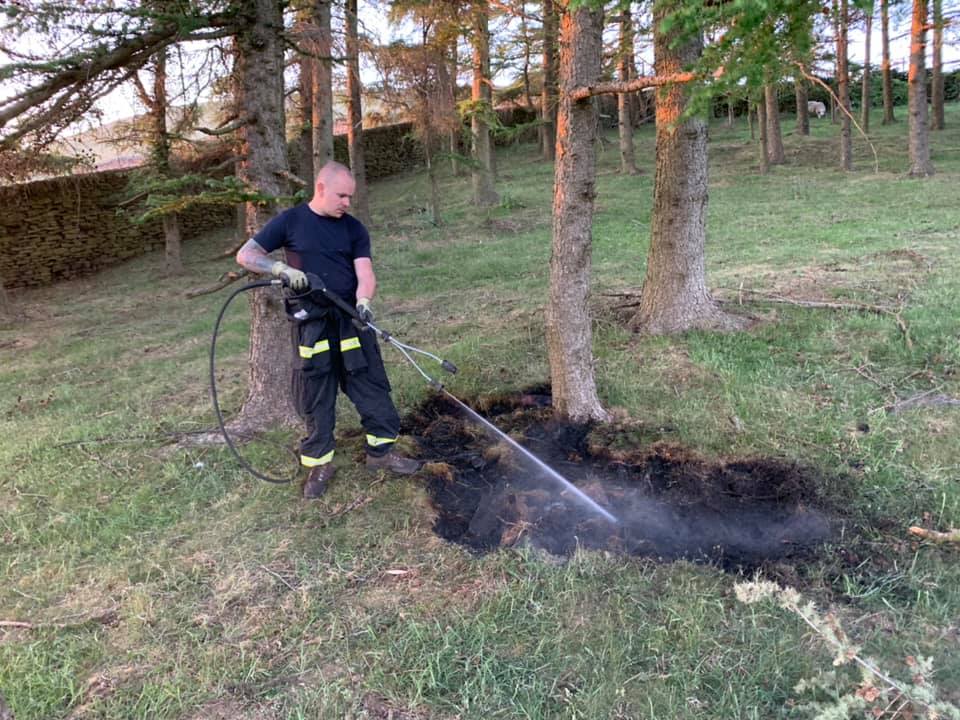 Lighting fires, barbecues, fireworks and Chinese lanterns could be banned to help prevent wildfires at high risk locations in the High Peak.

The borough council is proposing to introduce Public Space Protection Orders after fires in the last couple of years in the Glossop area, the Goyt Valley and Bamford are believed to have been started deliberately or linked to barbecues.

Between April 1 and September 4 last year, Derbyshire Police received reports of 95 incidents involving barbecues across the borough – at least ten involved the use of disposable barbecues.

Cllr Jean Todd, Executive councillor for climate change, environment and community safety, said: “Wildfires are a potential threat to lives and property and, in recent years, we’ve unfortunately seen the devastating effect they have had on our precious natural environments here in the High Peak.

“But what is less apparent is the harm fires cause to wildlife and biodiversity - including the loss of grazing land and damage to water catchments and supplies. Fires can also result in substantial carbon loss which has a direct impact on climate change, something which, as people will be aware, the council has pledged to address.

“In the majority of cases, these fires are entirely preventable and often result from careless behaviour or disregard for the consequences of thoughtless actions. That’s why we’re proposing to introduce these orders which will help protect our most at risk locations and I hope people will support us with this.”

The Peak District National Park Authority suggests that accidental summer fires are the biggest single threat to the fragile eco-system of the moors.

Since 1976, there have been more than 350 reported incidents of wildfires in the area with the majority started by arson, discarded cigarettes, barbecues and campfires.

The borough council say it would welcome comments from all landowners and occupiers within the Peak District National Park on the proposals. People should email david.smith@staffsmoorlands.gov.uk by February 19.

If agreed, the PSPO will be in place for a period of three years.

Firefighters from Glossop putting out a fire believed to be caused by a barbecue last year. Credit: Glossop Fire Station.