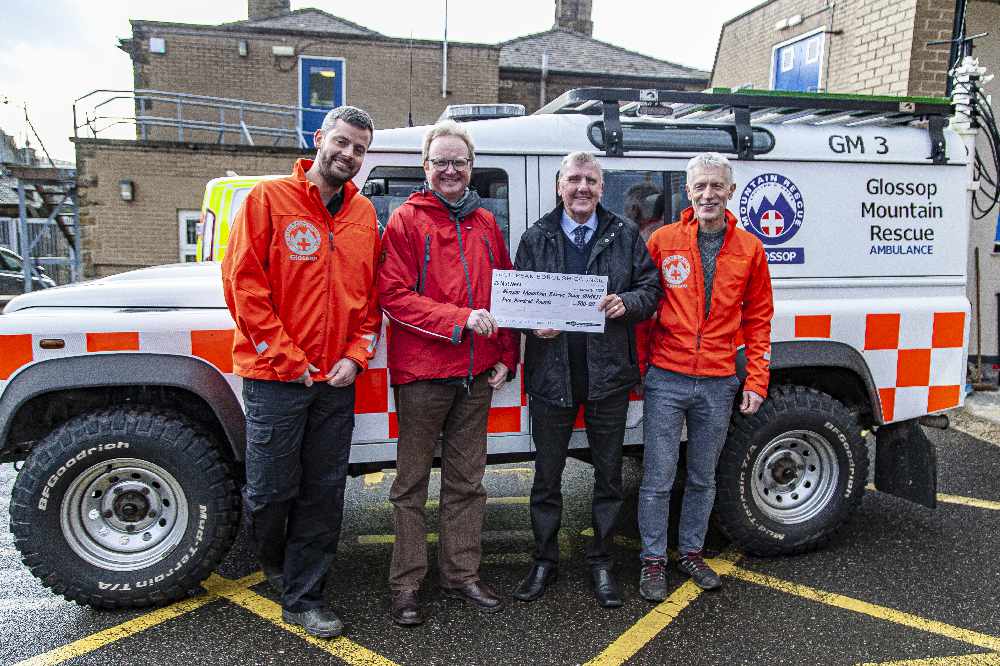 It's one reason why they just can't do enough for Glossop Mountain Rescue Team.

They spent a couple of nights in the run-up to Christmas joining the team in its fund raising 'Santa Tour' of the town, knocking on doors for donations.

Last Thursday, Paul was at team HQ, behind the Ellison Street police station, to hand over £500 from his High Peak Borough Council's Councillors' Initiative Fund.

He said: "Mary and myself love walking, we are members of three walking groups. We have never had to call the team out, the donation is in appreciation of what the team do."

Each councillor receives £750 to give grants to individuals, groups and general good causes which make a contribution to their community.