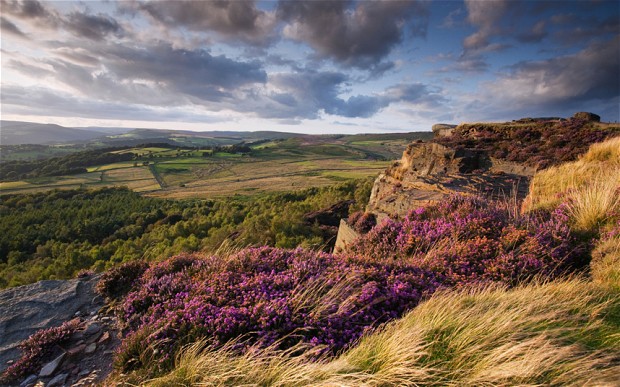 Climate change is putting the future of Peak District mountain hares at risk, according to new research by Manchester Metropolitan University.

The Peak District's altitude and colder climate is the ideal habitat for mountain hares. But findings from a new study, published in the journal Acta Oecologica, show that rising temperatures could be forcing the hares to migrate to the very hilltops as brown hares take over their wider habitat in the uplands.

Across Europe the two hare species frequently compete for space, habitat and food resources, however the Peak District is the only part of England where both species co-exist.

Carlos Bedson, biologist and lead researcher from Manchester Metropolitan University, said: “These two separate species are similar, yet have important biological differences. In particular mountain hares are Arctic creatures and turn white in winter and as such England is exceptionally blessed to be home for a small group of them.

“They are Arctic relicts upon the UK uplands and are essential components of these ecosystems. However with the onset of warmer temperatures these hares appear to be in trouble and our research is extremely important for informing us about their prospects for survival.

The research analysed more than 14,000 citizen science records from sightings of brown hares and mountain hares sent in by the public over 20 years. These built a picture of the favoured locations of both species, revealing the climate, topography and habitat preferences of each, as well as revealing the degree of competition now and under future models of climate change.

Climate change was projected using a scenario developed by the Intergovernmental Panel on Climate Change. They used the mildest scenario known as RCP 2.6, which indicates a mean average global temperature increase of 2°C by 2050.

For the Peak District it forecasts an increase of temperature by approximately 3°C and a decrease in rainfall by more than 25 per cent per year by 2050.

Bedson added: “When you look at the present day areas of the Peak District wherever there are those kinds of climate values, there are few or no mountain hares there. If one considers that warming is occurring more rapidly than predicted by RCP 2.6, then this mountain hare decline might occur more quickly.”

The research found that in the Peak District, mountain hares currently occupy a large broad area of the uplands. These are colder and wetter environments, and are particularly associated with heather and bog moorland. Brown hares occupy the surrounding lower lying areas which are warmer, drier and consist of fallow or managed grassland habitats.

However, with an increasingly warm climate, the conservationists forecast that mountain hares will be forced to move upwards to the very hill tops that are colder. As a result, their range could shrink by nearly 90 per cent by 2050.

This follows similar patterns that are already being seen in Sweden, Ireland and elsewhere, which has led to substantial loss of mountain hares.

Nida Al-Fulaij, Conservation Research Manager at People’s Trust for Endangered Species, who is co-funding the research, confirmed the importance of the study: “We know that our changing climate is going to impact much of our wildlife, but few accurate predictions currently exist. Detailed studies, such as this one carried out by Carlos, gives us evidence that we can use to try and mitigate some of the changes. Many of our UK mammal species are under threat but research like this gives us a fighting chance to help those species before it’s too late.”