'We're all in this together' - Head teacher's plea to the community 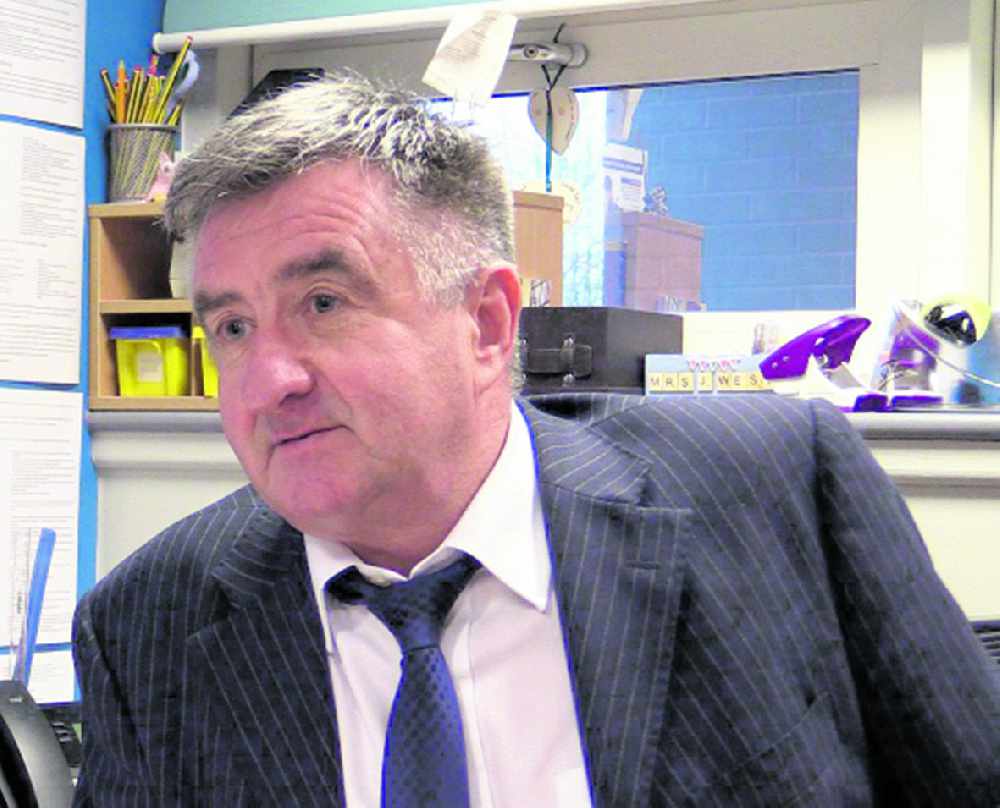 Steve Marsland, Headteacher at Denton's Russell Scott Primary School, has appealed for everyone in the community to take Covid regulations seriously and help all local schools to stay open.

Although Russell Scott has had no cases of coronavirus coming into the school - that has not been the case for other Denton schools.

He stressed that it is cases creeping into schools from the wider community that are causing the problems for educational establishments.

Russell Scott, as the case for most schools, has phased drop off and take home times, but even splitting the school in half this still remains tough to manage with the large number of parents and carers on site at any one time.

“Most, if not all primary aged children are brought to school by a parent or carer, so that means having 460 plus parents or carers on the school premises at any one time,” explained Steve.

“It’s difficult to manage as it’s not actually the children we have an issue with, it’s the mums, dads and carers meeting up early, whether it’s at Costa Coffee because we’re opposite Crown Point North - but they are meeting and having a good chat and then only social distancing when they come into the playground.

“We’ve also got instances of children going to other houses and over the summer there were even hot tub parties - so it is tough for us (as a school) to manage - but we shouldn’t have to, to be blunt.

“We are all in this together and we shouldn’t be telling people off, we should be looking after each other.”

He added: “I was in Morrisons the other day shopping and I think there was as many people without a mask as with one -  and it’s wrong.

“We have got to try and keep our children in school - it must be negligible the number of cases of Covid in a school that have not been brought into the school from the outside community.

“We’ve got to keep our children in school - it’s been tough to get to this stage already and we don’t want to be sending them home now.

“It’s the keeping the distance within a school setting that is crucial to keeping our children within the school.

“There is no better place for a child than in school, learning, having a good time, doing sports, getting healthy again - they’ve all been locked down for six months and they’re not very fit and we’re one of those schools that really pushes sport.

“But it depends on us as a broader community - parents, carers, nannas, grandads, and everybody else outside of the school behaving - not meeting in other people’s houses - going to the shop with your mask on, not meeting outside in big groups - but we’re seeing it all of the time.

“And if we’re doing our best in school - please everybody - just give us a lift.”

He added: “If someone lets us down,   and they go into somebody’s house, they are mixing outside of school and end up bringing it into school and we end up with, possibly, a whole year group having to go home  and it is traumatic for children.

“There they are - they have built this resilience about coming to school and then we are sending them home again - and it’s not their fault.

“As adults, it’s down to us - we need to follow the rules.

“The biggest thing coming from our school community is children going to other homes - more than one family mixing together.

“You have to think about other people - not just your circumstances, so keep your distance, wear a mask it works, wash your hands, it works, and don’t go in each others’ homes you’ll spread it and we don’t want it coming into our primary schools.”

Listen to the full interview with Steve below.