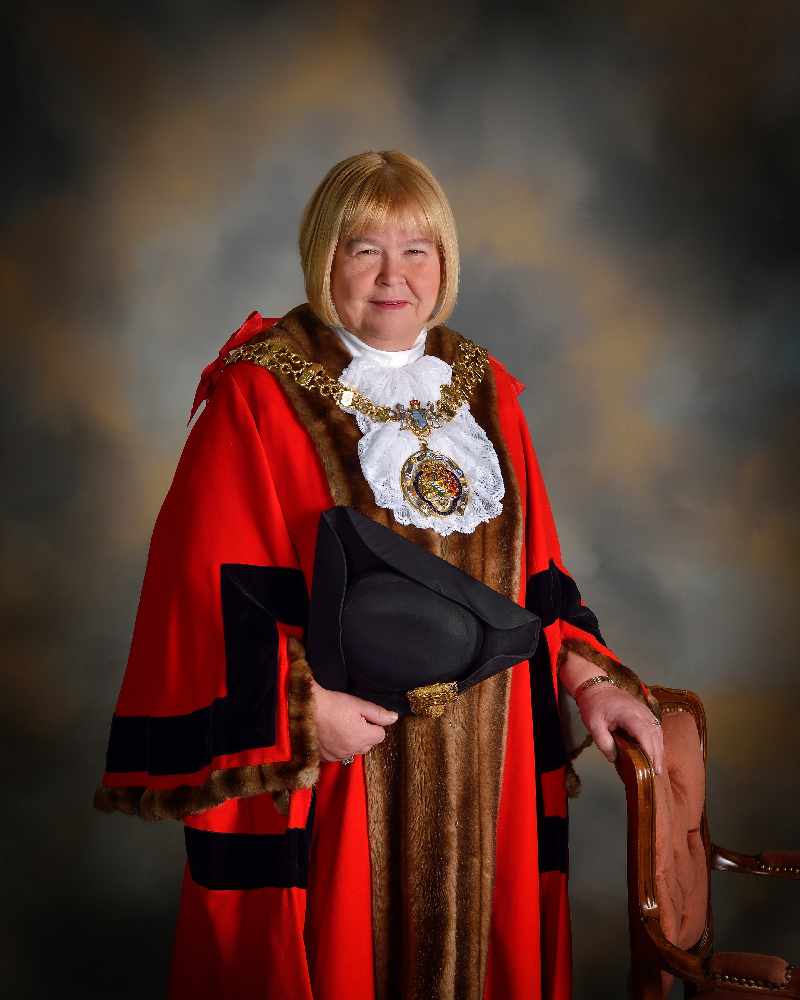 Councillor Janet Cooper, who is the Civic Mayor of Tameside for a second year. Photo: Tameside Council.

Tameside's Civic Mayor has been appointed for a second term in a historic first after Covid-19 scuppered her mayoral year.

Councillor Janet Cooper, who represents Longdendale ward, was given back the chains of office at the first in-person meeting of the full council for more than a year.

Speaking at Dukinfield Town Hall, Civic Mayor Cooper said it was ‘hard to describe the pride’ she felt standing before councillors as mayor once again, with her consort Dennis.

“When I accepted the mayoralty at the start of 2020, well I don’t think any of us had any idea of what lay ahead,” she added.

“For much of my year of office the country was in lockdown and we were severely restricted in what we could do. Even so Dennis and I did what we could and we were impressed by our community and the spirit we encountered.

“As we move forward and prepare for our second year, it will hopefully be one that is free of the worst effects of this cruel virus and in which we can fulfil the roles we are keen to play.”

She added: “Last spring as I eagerly awaited my chance to wear the chain, it never entered my head that I might make history.

“Yet 12 months on I became the first mayor of Tameside to be virtually installed, which does make me sound a bit like a washing machine. And now I’m the first person to serve two consecutive terms.”

She told members that the mayoral team hoped to attend as many events as possible across the borough and support community and voluntary groups.

“Her work ethic is hard to match,” she said.

“You might be surprised to know how many volunteer and support roles she has outside of her council work.”

Coun Owen added that as she had to shield for much of the past year, Coun Cooper had taken over being active in the community while she worked in partnership behind the scenes.

“I’m very happy to be the Robin to Janet’s Batman,” she said.

“After last year’s false start thanks to the pandemic, I wished Janet a successful and productive mayoral year and offer her my full support.”

Seconding the nomination, Coun Bill Fairfoull said it was an ‘honour’ to put her name forward as mayor.

He told the council meeting how Coun Cooper always goes the extra mile in her role as a corporate parent.

This included entertaining the members of the children in care council by appearing in the Zoom meeting with a parrot named Donna on her shoulder.

“And it’s fair to say the rest of the meeting was taken over by the children, their pets, or the pets they would like to have,” he said.

“I know you’ve had a stuttering start last year due to the pandemic so I’m delighted you’ve been allowed the opportunity to have a full year. I know you’ll you do Tameside proud.”

Chair of council business, Coun Joe Kitchen added: “You are the first mayor to have two terms of office in Tameside’s history – congratulations for that as well.”

The 2021/22 mayoral year charities will be Cascade Baby Bundles, the Friends of Tameside Young Carers, Tameside for Good and the Tameside Scanner Appeal.