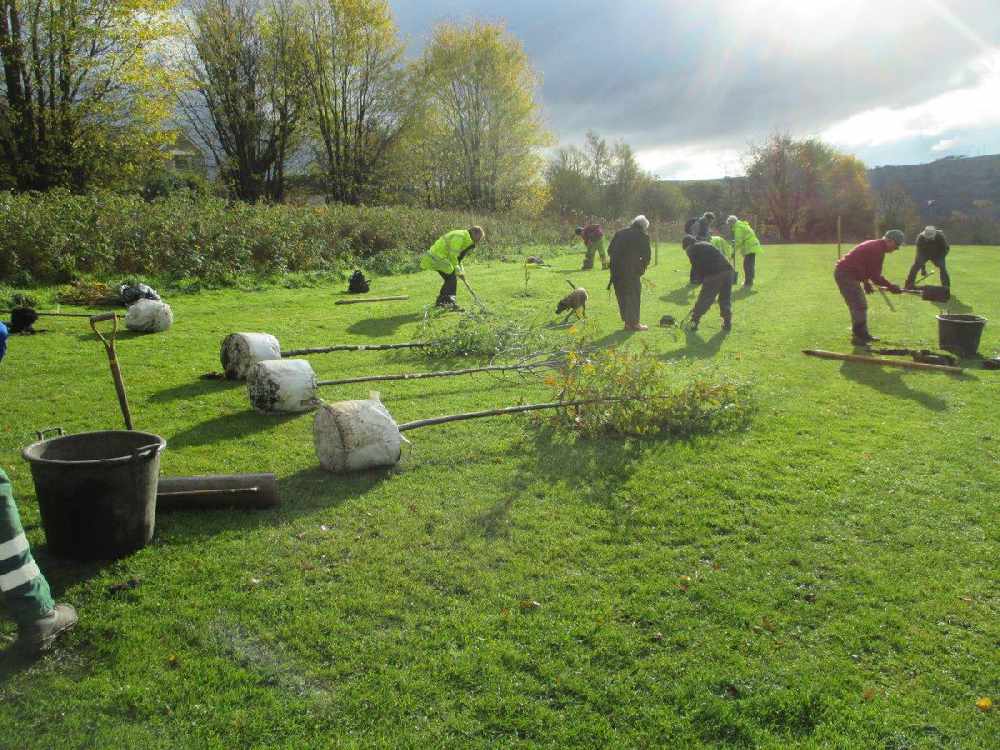 Tameside is about to turn a deeper shade of green following a successful application to the £10 million Urban Tree Challenge Fund.

The scheme, which is administered by the Forestry Commission, was established last year to contribute 130,000 trees to the Government’s target of planting a million in urban areas by 2022.

Fifty will be planted on Lees Road in Ashton, with the rest in Haughton Green at Mancunian Road (100) and Lancaster Road (70). The £92,000 grant will also pay for the first three years of their care.

Tameside is very much in the forefront of the campaign to tackle climate change by greening the borough. In fact, the number of new trees in the authority would qualify as a small forest if they were together in one group.

Since 2016 alone, the council say it has planted more than 14,000, which is enough to cover 10 football pitches, and there are plans to plant another 4,000 trees this year.

Trees have been planted on Warrington Street in Ashton, as part of the town-centre refurbishment scheme associated with Vision Tameside. They are helping to create an attractive and welcoming environment by breaking up the newly-paved areas.

Cllr Brenda Warrington, Tameside Council’s executive leader, said: "In November, 2018, at the Green Summit I convened, we set ourselves the target of planting 3,500 trees by the end of 2019. I’m proud and delighted to say we have not only met that target, we have surpassed it by a significant margin.

"This success is not only due to our Operations and Greenspace team, who have worked extremely hard, but also to the many children and volunteers from the community who have been eager to demonstrate their own commitment to a greener and cleaner Tameside.

"Trees are of major importance to our environment and in so many ways. They absorb carbon and pollutants, provide havens for wildlife, aid flood reduction, and provide a more diverse and attractive landscape."

The council also says the planting of the trees helps the authority support City of Trees, a movement which wants to reinvigorate Greater Manchester’s landscape by planting three million trees.