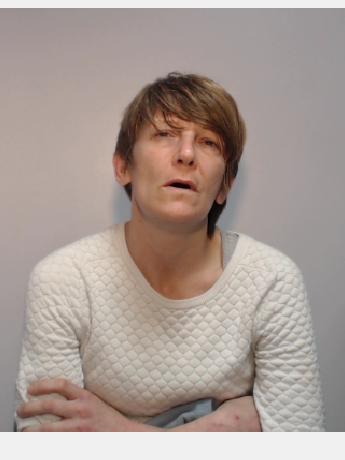 A habitual thief who targeted elderly and vulnerable before stealing their money has been jailed.

43-year-old Bridget McCann, of no fixed address, has today been sentenced to four years and two months in prison after pleading guilty to burglary, theft from person and handling stolen goods.

Minshull Street Crown Court heard how McCaan had a long history of singling out elderly people – often in their 80s and 90s – before distracting them and stealing their property – usually handbags, wallets and purses.

McCann would then use stolen bank cards to buy tobacco and scratch cards.

In May 2019, she stole the bank card of a woman in her 90s, whom she’d been helping across the rode, and used it ten times at supermarkets and stores throughout Stalybridge.

Police were able to identify McCann from CCTV in one of the stores when one of the fraudulent transactions were made.

She was seen to use the card to buy tobacco and once the payment was successful, she then made further purchases of scratch cards and other tobacco products.

On Sunday, May 12, McCann barged her way into the home of a man in his 80s. She demanded a cigarette before the man was able to escort her back out of his property. He then noticed that his wallet and £160 was missing.

Detective Constable Suzy Holt, of GMP’s Tameside Division, said: “McCann is a selfish and habitual thief who preys upon the elderly.

“She has shown little remorse for her actions – the latest offences in a long criminal record that represents a callous and cowardly individual.

“She invariably targets people whom she believes to be vulnerable, before stealing their cash and spending it on frivolous items.

“The psychological effect of crimes like this should not be underestimated.

“Hopefully her time in prison with give her a chance to reflect on the upset she had caused and allow her time to rectify her behaviour for the future.”