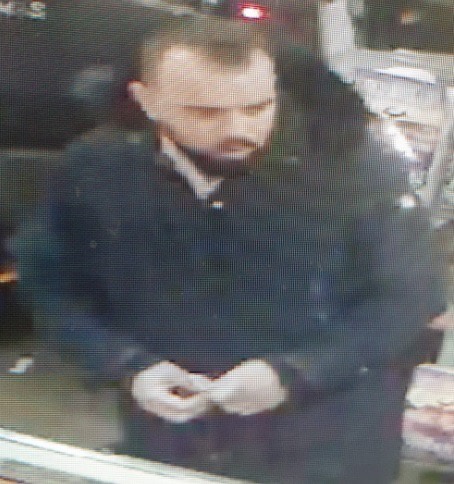 Police have released a CCTV image of a man they want to speak to after a large sum of money was stolen from a shop in Ashton.

He approached a counter in the food section of the store and leant over and stole a large sum of money from the till before fleeing.

The man is described as having spoken with a deep voice in a strong Eastern European-like accent.

PC Sultan, of GMP’s Tameside District, said: “No-one was injured during this incident, but the cashier concerned was left shaken.

“The store was busy at the time so we believe that there are people who may recognise the man and can assist our enquiries.”

Alternatively, information can be passed on to the independent charity Crimestoppers, anonymously, on 0800 555 111.