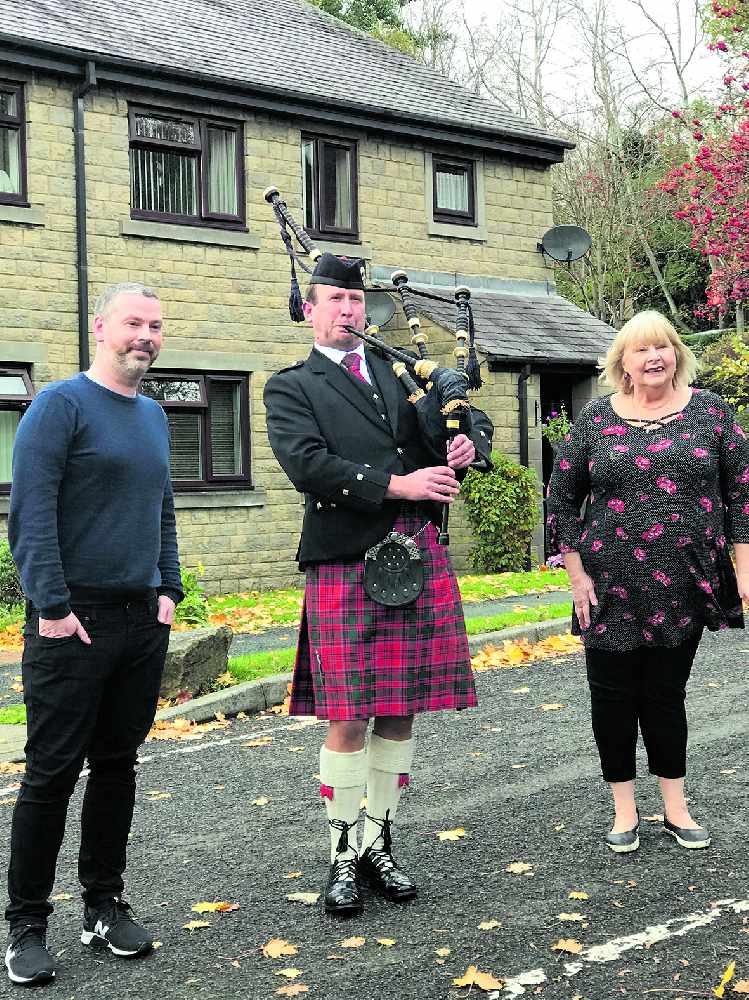 But not to be outdone her thoughtful son Matthew came up with the idea of bringing Scotland to her Tameside home instead.

Jeanne is well known to many as she was a big part of the Emmaus team in Mossley for more than 12 years, giving up her time where she supported so many of the homeless community.

Thirty years of her life has also been dedicated to Holy Trinity Stalybridge, from teaching at Sunday school to leading prayer groups.

But when her 70th birthday celebrations in Scotland had to be cancelled, Matthew decided if she couldn’t cross the border - he would bring Scotland to her instead. 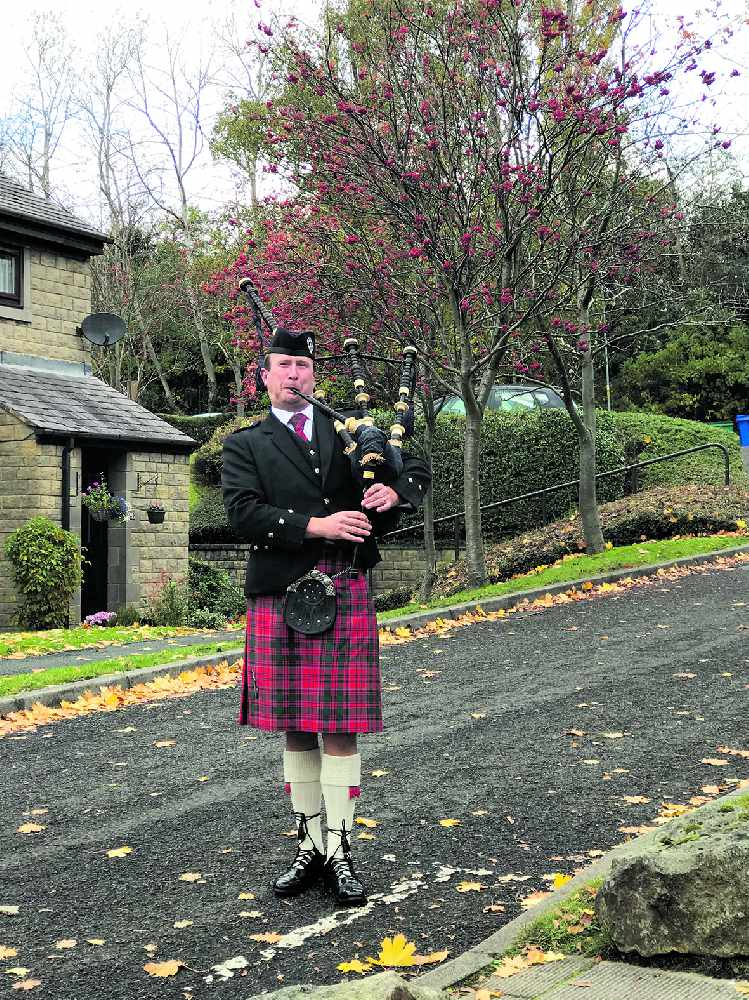 SOUNDS OF SCOTLAND... in Stalybridge

Matthew started to put together a book of birthday messages from friends and family secretly on Facebook.

Then on her big day a Piper appeared from the top of the street of Jeanne’s home on Bamford Court, Stalybridge.

Family and neighbours gathered around the court to hear sounds of Amazing Grace, Going Home, Flower of Scotland, and many more.

Matthew’s friend Angie Wild followed the piper with a delicious cake kindly made by Tina Cooper, flowers and a big 70th balloon to provide Jeanne with a birthday to treasure - not to mention a huge surprise.