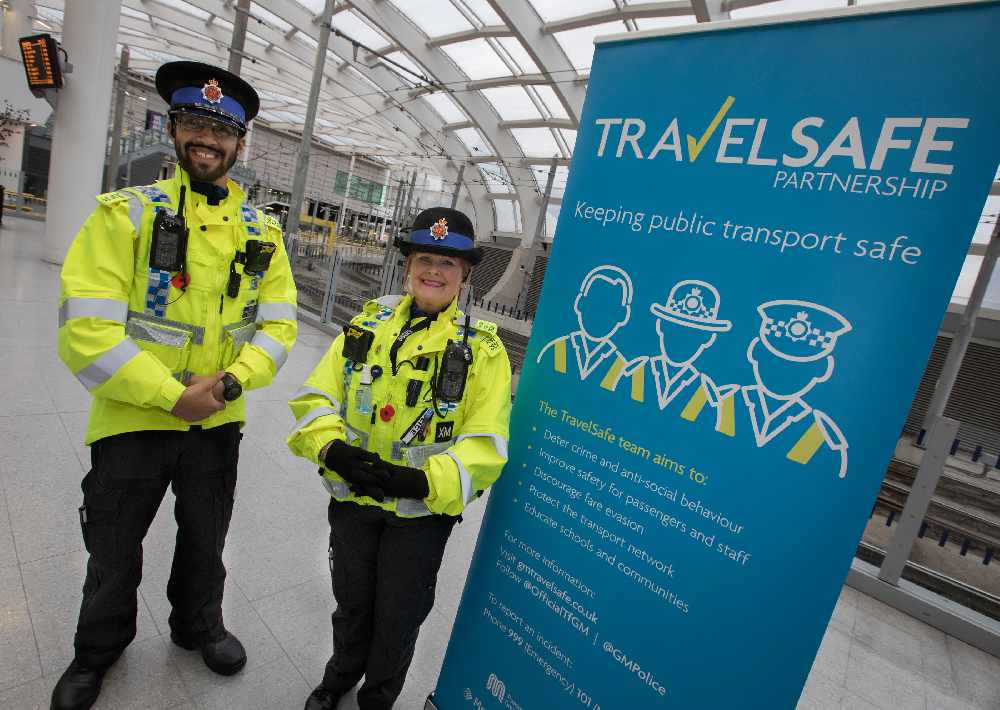 Passenger safety on the region's buses, trains and trams has been boosted with the expansion of the Greater Manchester TravelSafe Partnership.

This week, rail operator Northern became the latest transport organisation to join after the recent addition of bus operators Diamond, Go North West and Arriva in early 2021 – bringing the total number of partners in the TSP to 10.

Transport for Greater Manchester say expanding the partnership "not only significantly increases the amount of intelligence available, but also widens the scope of resources, tactics and capabilities available to prevent and problem solve".

The TSP work with community safety leads across the region and takes an intelligence-led, problem-solving approach to tackling crime and anti-social behaviour, including proactive operations and preventative intervention and engagement work.

With Northern being the first train operating company to join the partnership, it will "enhance its ability to adopt a more multi-modal approach and tackle transport-related issues on a much broader scale", TfGM add.

Although current restrictions mean people should only be travelling for essential reasons, the partnership is continuing with proactive and high-visibility patrols to help passengers travel safely and ensure current guidelines, such as wearing face coverings, are being followed.

Bev Hughes, Deputy Mayor of Greater Manchester for Policing, Crime, Criminal Justice and Fire, said: “The expansion of the TravelSafe Partnership and inclusion of a rail operator will bring additional reassurance as well as confidence to passengers travelling on public transport.

“Partnership staff and officers have been working hard to ensure passengers travelling for essential reasons can do so safely, while ensuring current guidelines are being followed. The growth of the partnership sends a clear message that committing crime, anti-social behaviour and disregarding restrictions will not be tolerated across Greater Manchester’s transport network.”

Kate Green, TfGM’s TravelSafe Partnership Manager, said: “Since forming in 2015, the TSP has gone from strength to strength, expanding its shared knowledge base and maximising available resources to ensure public transport remains a safe way to travel in Greater Manchester.

“The partnership’s continued development and progression really is excellent news for passengers as the more we know about an issue, the better we can work in collaboration with the right organisations to tackle and prevent it. It is absolutely essential that those who must use public transport, and have no alternative, can do so in confidence and in as safe an environment as possible.”

Chris Jackson, Regional Director at Northern, said: “We’re pleased to be able to enter into such an important partnership that will deliver even safer travel for our customers in Greater Manchester.

“The multi-modal approach will help all involved develop better strategies to tackle anti-social behaviour and crime across the entire transport network and will deliver a better travel environment for customers.”

For information on public transport across Greater Manchester, visit www.tfgm.com, call 0161 244 1000 (7am-8pm, Monday to Friday, and 8am-8pm at weekends and bank holidays) or follow @OfficialTfGM on Twitter.