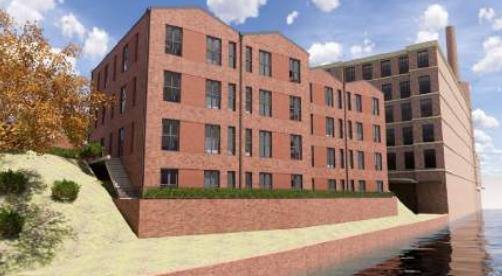 A new social housing estate will be built next to a historic Ashton-under-Lyne mill after councillors gave plans the green light for the second time.

Tameside’s planning committee has granted approval for 51 homes to be built off Bank Street, next to the Grade Two-listed Cavendish Mill.

The applicant – Jigsaw Homes – had been given permission in February for a similar development of 50 homes, but went back to the drawing board after they said the ‘market conditions’ had changed.

Agent Jason Dugdale had previously told the committee they were preparing to run a ‘£1 million deficit’ from the scheme – but hoped it would spark regeneration in the area, which is near to the Portland Basin.

All of the houses on the site will be within a social tenure and will provide ‘affordable homes for local people’, according to documents. 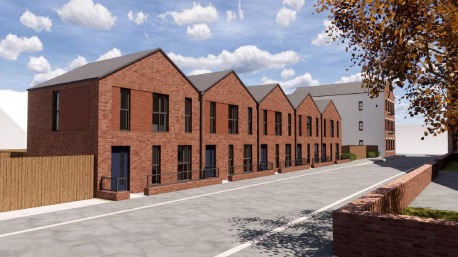 The latest proposals would see 32 one-bedroom apartments within a four-storey mill style apartment block fronting onto the canal.

A further 12 dwellings would be located on a parcel of land in the south west, which would be accessed from Bank Street and run down to Ashton Canal.

A terrace of five units and a pair of semi-detached dwellings would be located on the parcel of land bound by Bank Street, Bentinck Street and Higher Wharf Street.

Planning officer David Thompson described the differences between the previously approved application as a ‘positive change’. 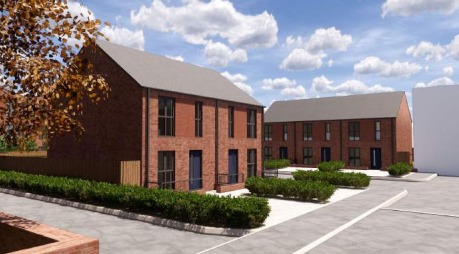 “The reason for this revised scheme is essentially due to the viability considerations with the application and also in line with discussions with officers,” he told councillors.

“The viability basis is that this revised proposal doesn’t potentially involve the same number of engineering operations to the ground level of the site as the existing scheme did.”

Mr Thompson added that the four-storey apartment block would ‘complement the setting of Cavendish Mill’.

The site was historically used for industrial purposes, and in recent times it was used as a builders’ yard until the late 1990’s.

“The proposed development intends to be viewed as the regeneration of the land surrounding Cavendish Mill and create a new residential neighbourhood which will raise the profile of this area of the town centre,” Jigsaw’s design report states.

The plan was backed unanimously by councillors.