New plans unveiled for £5 million bridge between Oldham and Ashton 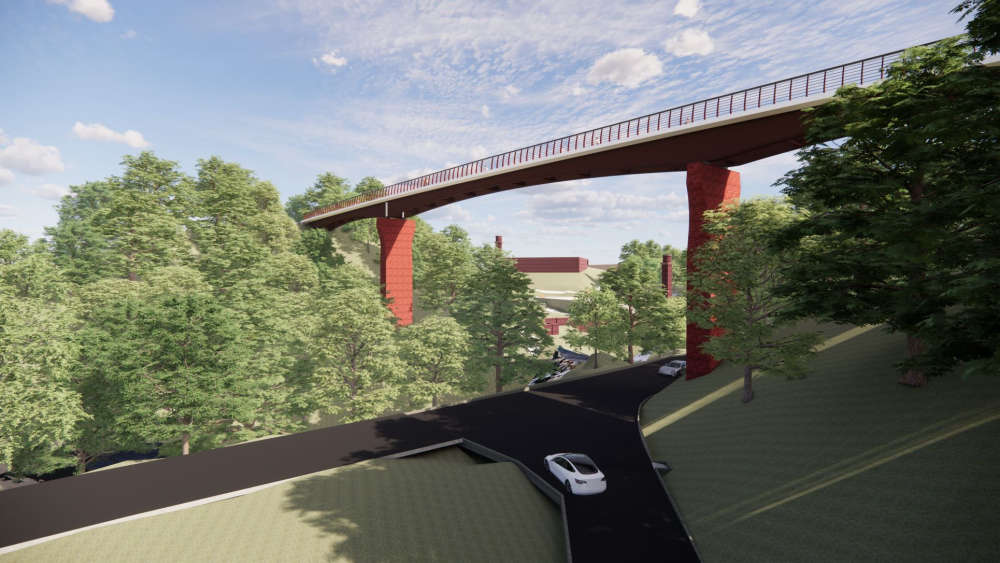 Plans for an eye-catching £5 million bridge above a beauty spot between Tameside and Oldham have been unveiled.

The proposed 140m long structure would run across the Medlock Valley in Park Bridge - on the Oldham/Ashton boundary.

Council chiefs hope the bridge would encourage more people to walk or cycle between the two areas, making it easier and safer to do so.

They also say it would provide a 'spectacular' new southern access point to the Northern Roots site – the UK's largest urban farm and country park - and better connect Oldham with the rest of Greater Manchester.

Initial funding for the design stage was funded through the Greater Manchester Mayor’s Bee Network, a programme that is designed to revolutionise travel across the city-region by encouraging more people to leave their cars at home and use specifically designed safer routes.

From an initial five designs, a preferred option has now been chosen – a steel girder bridge that council chiefs believe will weather in time for an industrial look that is fitting with the area.

Bosses say it would stand at more than 30 metres above the ground at its highest point, be designed with smooth surfacing for cyclists, and include landscaping work so it fits in with its surroundings. 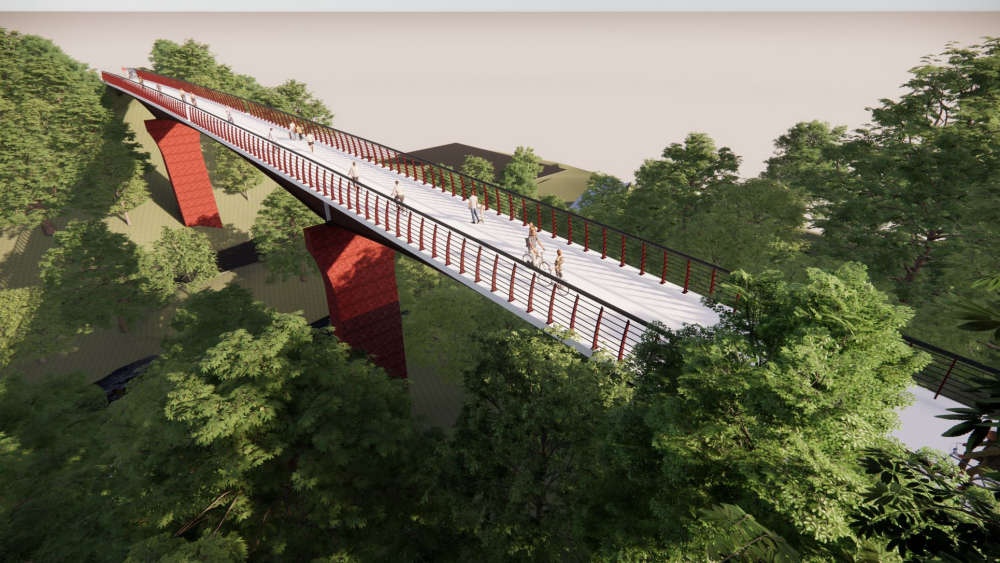 It's hoped the project would cut the number of car journeys in the area - with 22,500 daily car trips on the A627 and 16,900 on the B6194 currently taking place between Oldham and Tameside.

Further funding from the Greater Manchester Mayor’s Bee Network fund would be needed to build the bridge, but if approved it could open in summer 2023.

Oldham Council have been working with Transport for Greater Manchester (TfGM) and Tameside Council on the plan.

Residents can still comment on the discounted alternative designs before a final choice is put forward for the planning stage.

The consultation, which runs until 13 December, and more information on the project can be found at oldham.gov.uk/parkbridge 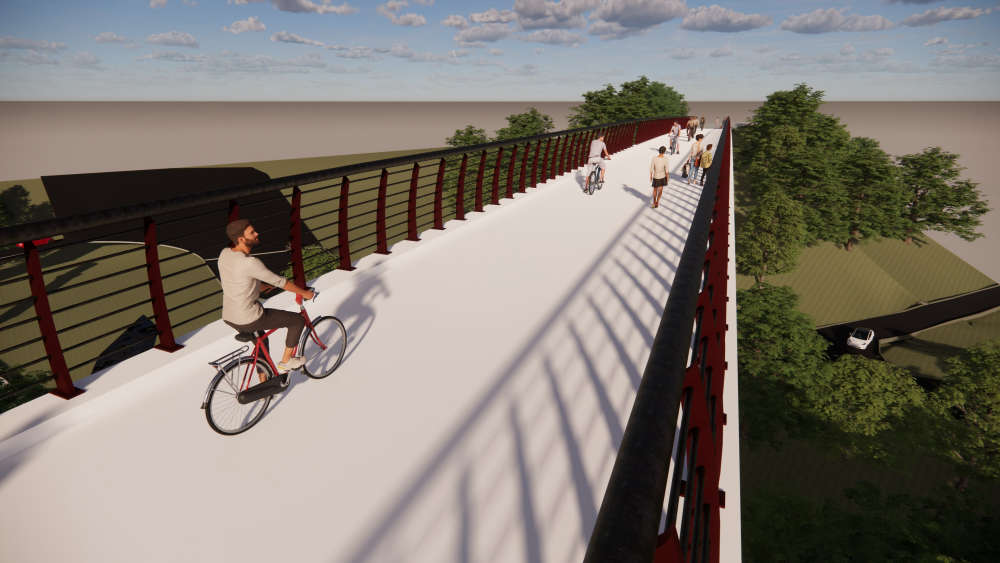 “That’s so people can access employment and training opportunities in other areas, but also so they can get out and enjoy what the borough has to offer.

“Our engineers have come up with some pretty eye-catching designs for this project, which would be great for cycling and also provide great views of the area and give excellent access to our Northern Roots site.

“I’d like to thank GM Mayor Andy Burnham and Greater Manchester Cycling and Walking Commissioner Chris Boardman for supporting our initial proposals so we could get things off the ground.

“We are still at an early stage in our planning, so we’d like to hear from as many people as possible. If you think you’d cycle that route to get to work, are a member of a cycling club or just use that route for leisure, please get in touch.”

Councillor Warren Bray, Tameside Council Executive Member for Transport and Connectivity, said: “This project will be great for connectivity between the two boroughs. It will improve walking and cycling infrastructure to make it easier, safer and more attractive to travel on foot or by bike, which are healthier, greener, more sustainable travel options.

“I’d urge Tameside residents to take part and have your say to help create the ideal scheme.”

The images are artist impressions of the plans for the bridge. Credit: Oldham Council.