Music therapy column: The saying yes to anything tour 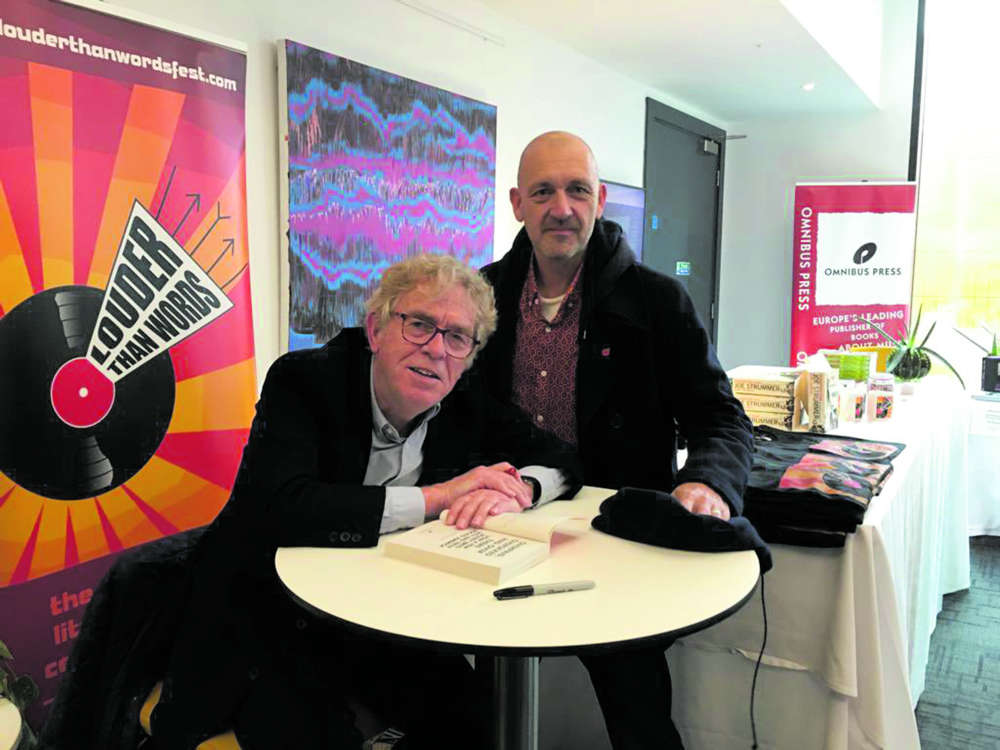 In their latest column, Tameside Radio presenters Michael Taylor and Neil Summers chat about their altered mindset after the pandemic.

I mentioned a while ago that me and my wife Rachel and Neil and his wife, Rachael, are on something of a ‘say yes to anything tour’.

Having been locked down for the best part of two years, it has made us really appreciate the things we were denied for so long. There’s a real sense out there that many of you feel the same way.

Concerts, comedy nights, talks, festivals, exhibitions, films, restaurants and bars, sporting events, walks in the hills. You name it, we’ve been on it. And yet we still have massive FOMO (Fear of Missing Out) when we see other people going to things we wish we’d gone to.

Out of this darkness, some real moments of magic have appeared and I wanted to share a few of them with you. Hopefully, they’ll encourage you to get out a bit and see what might happen.

Just to give you a flavour for this, we bumped into Andy Burnham, the Mayor of Greater Manchester, last weekend.

Neil had interviewed the Mayor a few weeks before for a film he made for the clothing brand Pretty Green.

There was a competition to ‘meet the designers behind the brand’ and get a discount voucher for some lucky winners. It turned out that it was actually a chance to hang out with Liam Gallagher.

Andy told us that he’d been at three gigs in a row last week - The Jesus & Mary Chain, Paul Weller, and Billy Bragg, who we featured on last week’s Music Therapy.

One thing the Mayor has consistently done is support venues and give a helping hand to emerging artists across the area.

One of the bands he trumpeted, Wigan’s The Lathums, supported Weller in Liverpool last Friday.

Apparently, I’ve been mispronouncing their name when I’ve introduced their tunes on Tameside Radio. This Sunday night I’ll get it right. Thanks, Mr Mayor.

Incidentally, it was brilliant to learn that the Modfather gave a support slot at his Llandudno gig last Saturday to the Tameside troubadour, Cobain Jones. What a lovely thing to do and by all accounts, Cobain absolutely rocked the North Wales audience.

We saw a similar act of generosity last Wednesday at the Plaza Theatre in Stockport. Top comic Jason Manford sold out this show two years ago, but only now has he been able to fulfil the date, even if it did clash with Stockport County’s FA Cup replay conquering of Bolton Wanderers, it was still packed. He didn’t have to, but he gave a support slot to Denton comedian Stephen Bailey, who was really good.

Neil had also seen a raucous event over in Wigan featuring Shaun Ryder from the Happy Mondays, interviewed in front of an audience of fans.

The MC for the evening was Neil’s mate Brian Cannon, the graphic designer who did such iconic artwork for the album covers for Oasis and The Verve. Brian had his work cut out as his plan to steer a conversation gently was taken over by a local crowd who shouted out their own questions and Shaun answered the ones he wanted to. Pretty fitting really.

By way of contrast, we saw the writer David Hepworth at the Louder Than Words Festival in Manchester, promoting his book about British artists breaking through in America, Overpaid, Oversexed and Over There.

This is a man who knows all about artists going off-script. It was David who famously interviewed Bob Geldof during Live Aid when the Boomtown Rat banged the table and urged the people at home to, er, donate a bit more money!

No such chaos at the Innside Hotel in Manchester last week, but we learnt a stream of fascinating stories. Not least that the first words that an American audience heard from The Beatles in 1964 were - Close Your Eyes and I’ll Kiss You. And boy, America certainly did.