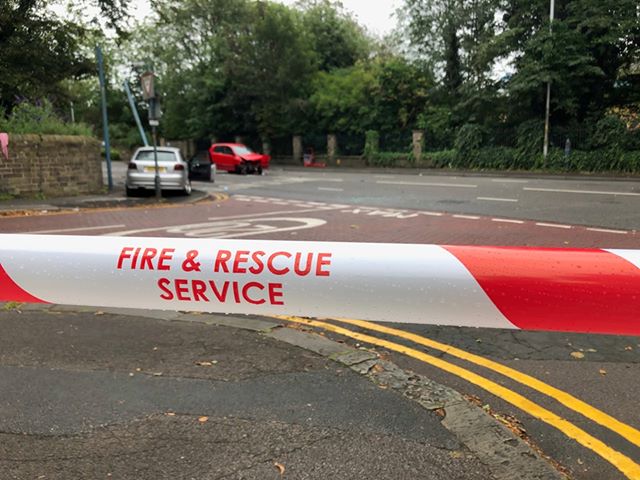 At least two people have been taken to hospital following an accident involving two vehicles on Stamford Street on Tuesday afternoon.

The emergency services were called to the main road near Stamford Park just before 12:30pm.

The road was closed for several hours and was partially open in the evening rush-hour, with motorists advised to seek an alternative route if possible.

Debris from the vehicles involved can be seen sprawn across what is usually a busy road, while a street sign also suffered extensive damage.

As seen in the footage above, it is understood the collision involved a red Hyundai Amica and a silver Audi A3.

Greater Manchester Police said: "We were called shortly before 12.20pm to a report of a two-vehicle collision in Stalybridge.

"A silver Audi A3 and red Hyundai Amica were in collision at the junction of Astley Road and Stamford Street.

"The road was closed at junction of Rassbottom Street and Stamford Street and traffic diverted up Ridge Hill Lane.

"Drivers of both cars have been taken to hospital."

A Greater Manchester Fire and Rescue Service spokesperson told the Reporter: “At 12:21pm on 3 September, two fire engines from Stalybridge and Ashton-under-Lyne and the Technical Response Unit from Ashton-under-Lyne attended a road traffic collision involving two vehicles at Stamford Street in Stalybridge.

“One casualty was extricated from a vehicle by fire service personnel. There were two casualties involved and the fire service remained at the scene for one hour.” 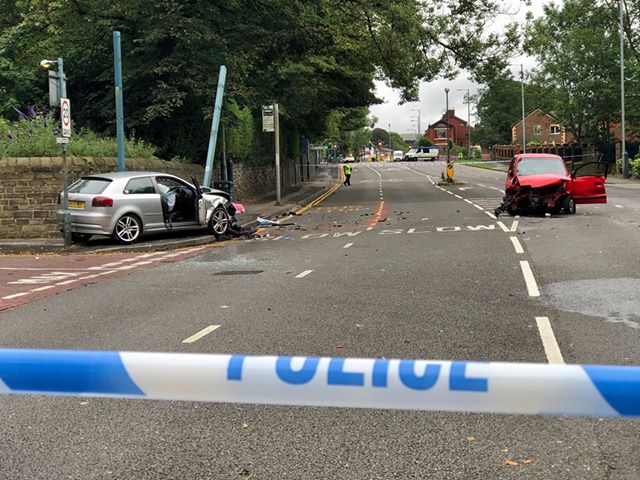 ***ROAD CLOSURE***
Stamford Rd, S/Bridge between Rassbotrom St and Astley Rd is currently closed due to an RTC, please follow diversions.
Also when Police scene tape is up this does not mean walk underneath it and right through the middle of the scene, please use common sense. pic.twitter.com/S3XgIKB69y

‼️There has been an incident on Stamford St, Stalybridge affecting Stalybridge bound traffic. Please avoid this route if possible‼️