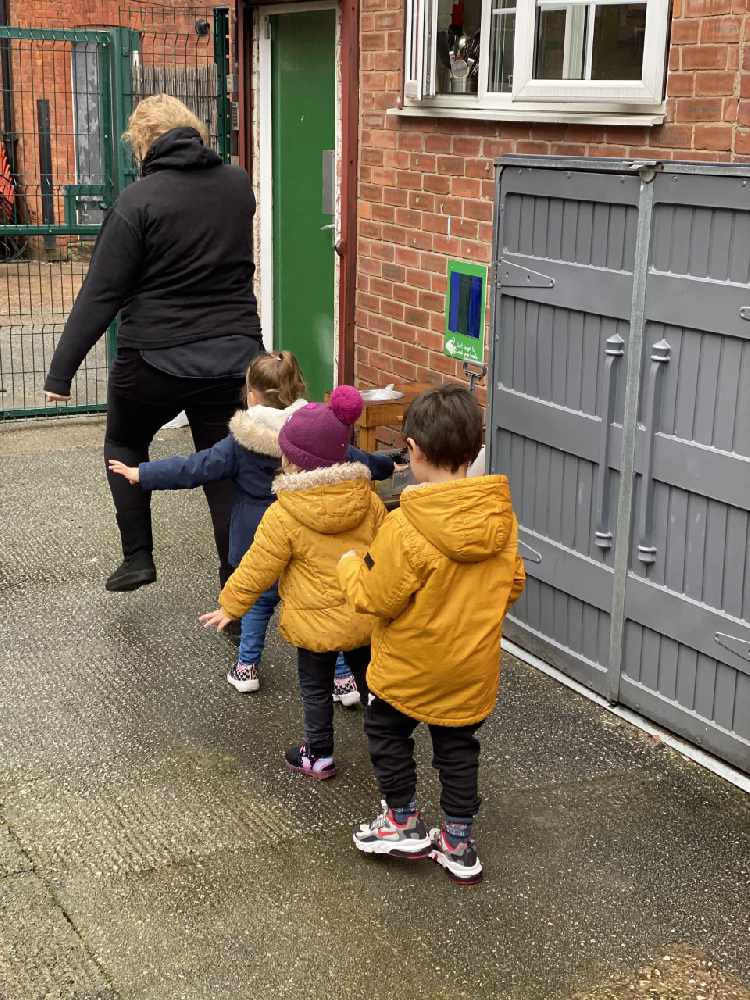 Pre-school children at a Hyde nursery have been honouring the memory of Captain Sir Tom Moore in a fitting way.

The war veteran, who captured the hearts of millions of people, sadly passed away in hospital on Tuesday (2 February) at the age of 100.

He became a national treasure last year after raising over £32 million for NHS charities by walking laps of his garden at his Bedfordshire home.

To celebrate his fantastic achievements, youngsters at ABC Day Nursery in the town centre decided to walk 100 steps around the nursery garden in response to the sad news of his passing.

The children marched around obstacles and celebrated with a big hoorah when they finished their 100 steps.

Four-year-old Adam said: "He was 100 so we did 100 steps, that was like a lot of steps! My mummy told me she liked him, she will like that I walked for him."

Amy Wood, manager of the Onward Street nursery, said: "The team wanted to do something to remember Captain Sir Tom, we were all so sad to hear the news, he was an incredibly amazing man, who will always be remembered."

There have been a wealth of tributes to the late Captain Sir Tom, from flags at local council buildings flying at half mast to a national applause at 6pm on Wednesday evening led by Prime Minister Boris Johnson.