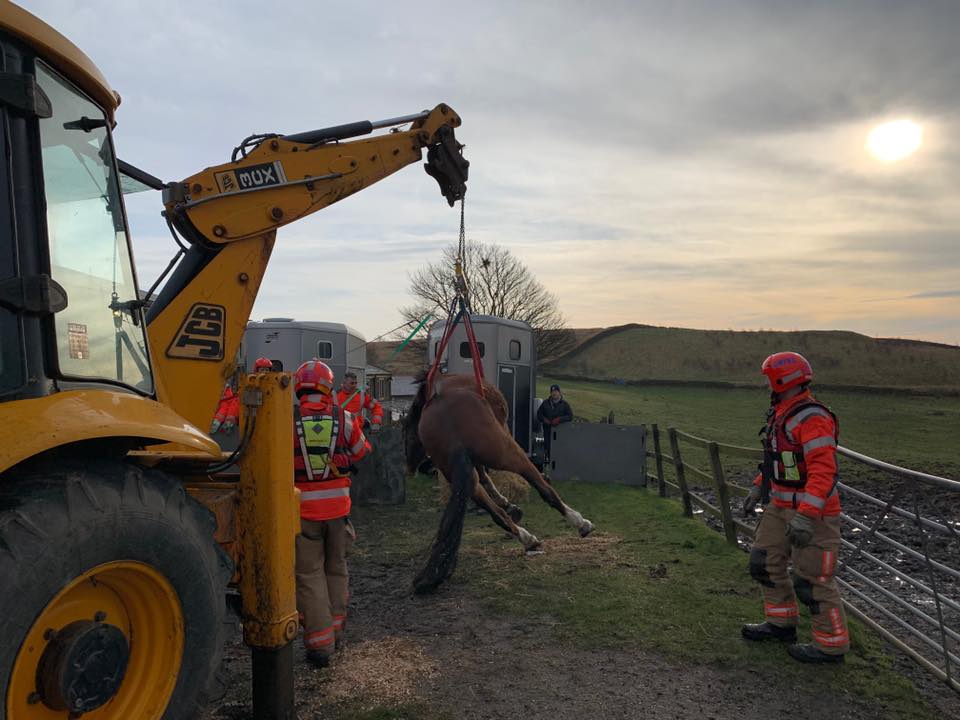 Fire crews from Ashton were called to help a horse that had fallen over in Rochdale last week.

28-year-old Atlas had to be rescued by Greater Manchester Fire Service after he fell over in his stable on Friday [14 February].

They were called to an address in Rochdale where Atlas, a heavy 28-year-old horse, was trapped on his side, unable to lift himself and in great distress.

After Atlas’ owners struggled to help the horse right himself GMFRS sent a fire engine from Ramsbottom, the Water Incident Unit from Heywood and a Technical Response Unit from Ashton-Under-Lyne.

The front of the stables, which were bolted and the walls concrete, had to be totally removed before firefighters were able to use large animal rescue equipment to manoeuvre Atlas from the stable and back on to his feet, with the expert help and support of Niamh Brown from Simon Constable Equine Vets.

“I was called at 6.20am because Atlas was stuck down in his stable and could have possibly been there all night,” explained Niamh. “When I arrived the Fire and Rescue Service was already there and had assessed the situation. I examined Atlas’ heart rate, respiratory rate and the colour of his gums, to establish how much pain he was in and if his circulatory system was compromised.”

Niamh explained to firefighters at the scene that often when horses have been lying down on one side for a prolonged period of time muscular damage occurs because of the weight of the horse squeezing the blood out of the muscle causing cramp. It was therefore urgent that Atlas was rescued as swiftly and professionally as possible.

Niamh added: “The rescue team were amazing and I was very impressed by the efficiency of the team at moving a 900kg animal. I would like to thank the professionalism of the Fire and Rescue Service in such a challenging situation.”

Crew Manager Andy Dunham from Bury, who co-owns the horse with his wife and was on the scene throughout, said: "I cannot thank the firefighters enough. Even though I have been in the service for 22 years and seen some fantastic work, being on the receiving end of the great service we deliver was brilliant.

“After Niamh was able to confirm that Atlas was strong enough to survive a rescue, we disassembled part of the building and used a JCB with GMFRS large animal rescue equipment to lift the horse. I covered Atlas’ head and kept talking to him to keep him calm and reduce his distress throughout the complicated rescue, before we were able to rest him on his feet outside the stable building.”

Once outside Atlas was lowered to the ground he started to take his own weight and there were no signs of any lasting distress, and we are pleased to report that the vets confirm he is recovering well and is back “with his mates down in the bottom field munching away on the grass.” 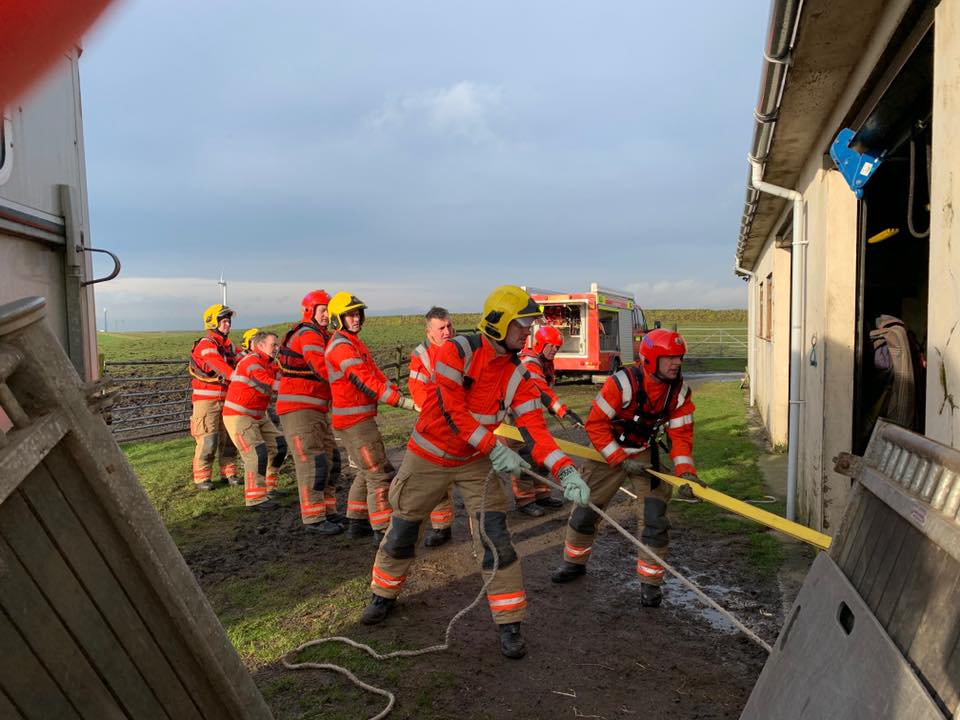