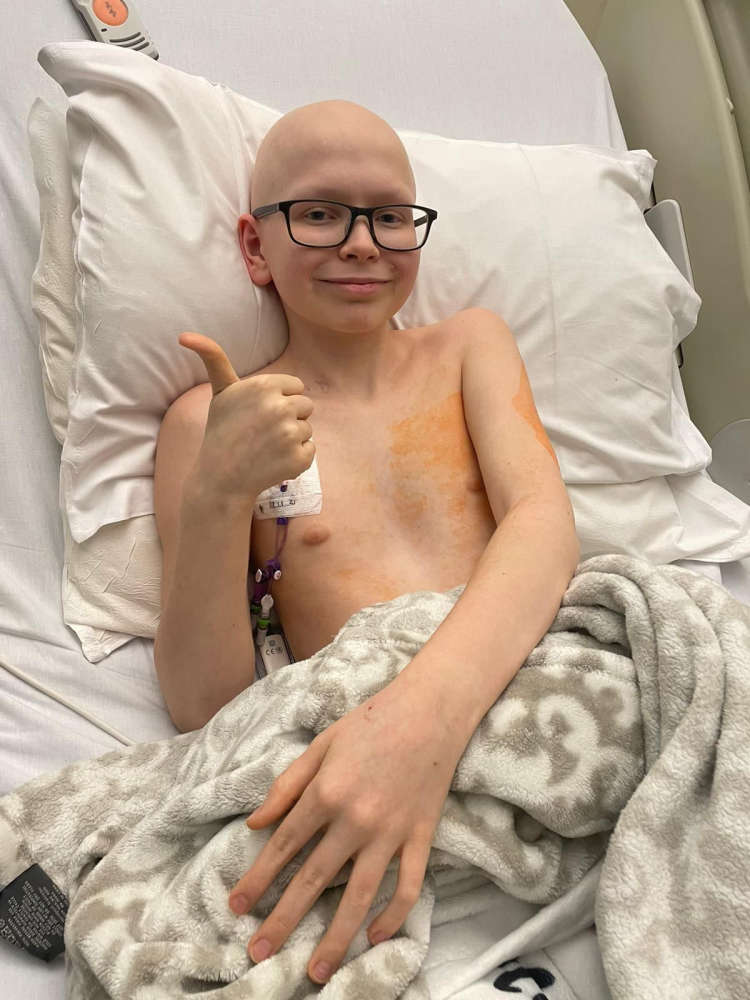 An inspirational Stalybridge teenager with 10,000 followers on YouTube has helped to host a special awards show celebrating the courage of children diagnosed with cancer.

Liam Preece was diagnosed with osteosarcoma, a type of bone cancer, in June 2020.

Now, for the courage he has shown throughout his treatment, he has received a Cancer Research UK for Children and Young People Star Award, in partnership with TK Maxx.

Liam, a pupil at Alder Community High School, helped to host the virtual awards show, filmed to highlight the impact cancer has on young lives and encourage more nominations.

The touching film sees the recipients deliver heart-warming acceptance speeches, as well as ‘strut their stuff’ on a red carpet and break out their best dance moves in celebration of the award.

Liam, 15, who is brother to siblings Chloe, 20, Callum 16 and five-year-old Theo, stopped wanting to go for walks during lockdown or playing football after developing a pain in his knee and becoming aware of a lump.

His mum Jodie Conroy, 37, assumed he may have pulled a ligament. She took him to Tameside Hospital where he had a scan. Jodie was dumbfounded to be told Liam had cancer. The tumour had been growing in the knee, but the cancer had already started to spread to other parts of Liam’s body.

Manchester United fan Liam began chemotherapy at The Royal Manchester Children’s Hospital. He then needed surgery and was referred to The Royal National Orthopaedic Hospital in London. He was initially warned he may lose his leg, but instead doctors were able to remove the tumour and fitted Liam with a titanium femur, knee and tibia. 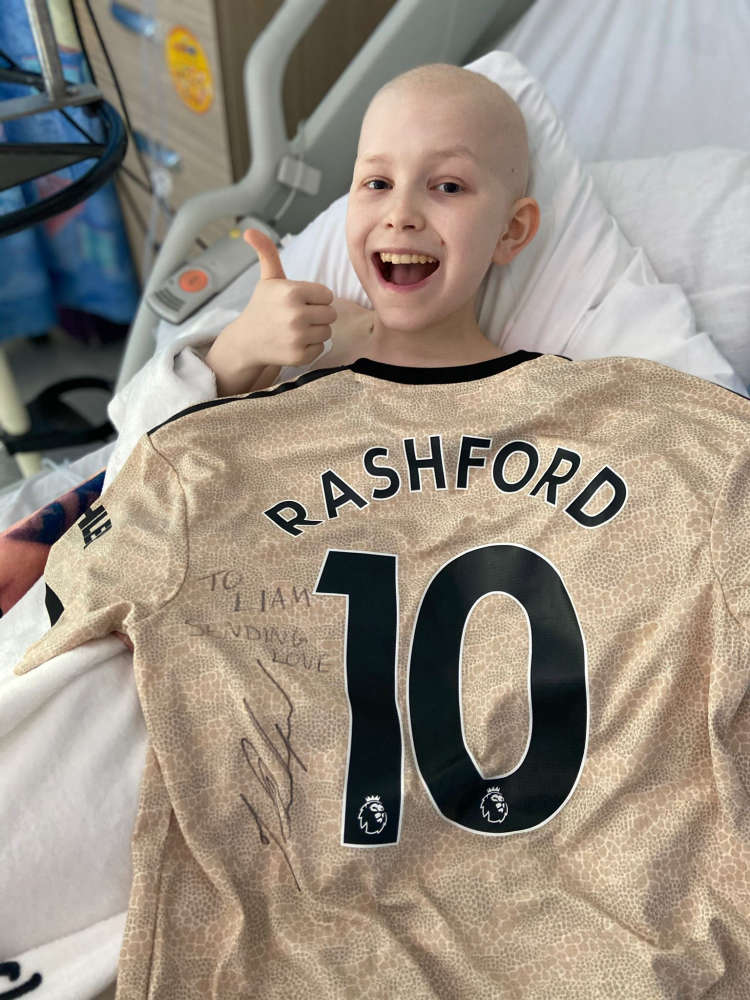 Liam in hospital with his Marcus Rashford shirt

Sporty Liam threw his energies into physio and rehabilitation every week including balance work and hydrotherapy. He continued with chemotherapy treatment, but this had to be stopped due to repeated infections. At the lowest point, Liam’s mouth was so blistered he went ten days without eating or drinking.

He became dangerously ill in the previous December, 2020 with sepsis. But made a good enough recovery to return to school.

Sadly, Liam relapsed in June last year and the cancer is now in both of his lungs. He has faced more chemotherapy and recently underwent surgery to have nodules on his lungs removed.

In 2020 Liam had started a YouTube channel to show others who are going through cancer what it’s like and what to expect. He now has more than 10,000 followers.

Jodie said: “There are no words to describe how it feels to be told your child has got cancer. Your whole world crumbles. When Liam was very poorly a year ago, I could barely recognise him as my own child. He just looked so pale and drawn. It was very hard.

“The rollercoaster of emotions has been immensely difficult. But Liam continues to be brave, happy, smiling and full of wit and laughter. He has kept the whole family going.

“To go from being a young teenager who loved being with his friends, playing football to then being in a wheelchair is very sad.

“Liam is an amazing boy with a heart of gold and a beautiful soul. He’s selfless and no words can describe how proud I am to be his mum.”

Liam said: “Having cancer puts you in a panic mode. It’s not like you can get on with your day without thinking about it. I’m keen to help others going through the same ordeal and that’s why I created the YouTube channel.” 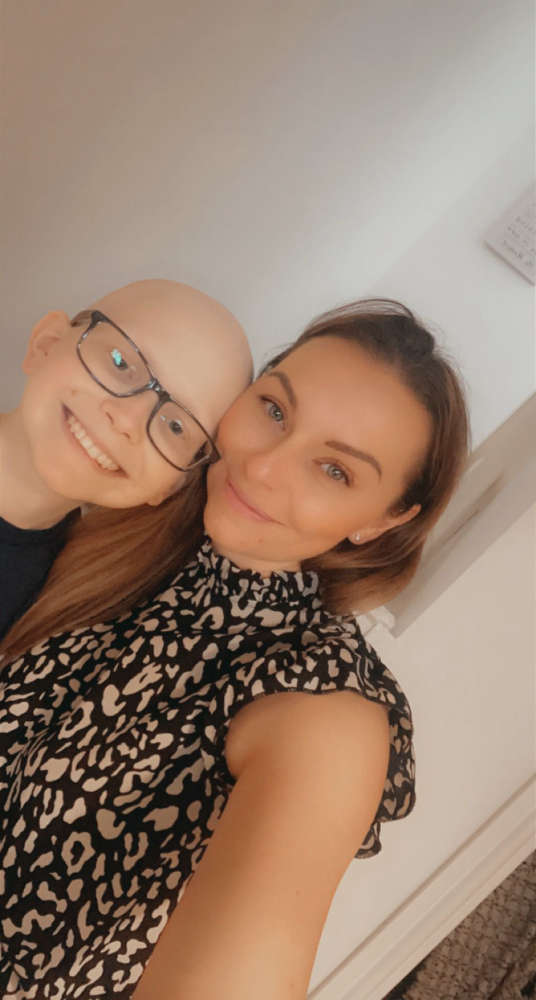 Liam with his mum Jodie Conroy

Around 190 children in the North West are diagnosed with cancer every year.

The Cancer Research UK for Children and Young People Star Awards are open to all children under 18 who live in the UK and have been treated for cancer within the past five years. There is no judging panel because the charity believes every child diagnosed with cancer deserves special recognition.

Every eligible child who is nominated receives a trophy, a £50 TK Maxx gift card, a t-shirt and a certificate signed by celebrities supporting the campaign. Their siblings also receive a certificate.

Jane Bullock, Cancer Research UK for Children and Young People spokesperson for the North West, said: “Liam and his family are all absolute stars who have been through so much. It has been a total privilege to be able to celebrate his courage with a Star Award. He did a fabulous job helping to host the special show.

“We’re urging people across Greater Manchester to nominate inspirational children like Liam now, so that many more can receive the acknowledgement they so richly deserve.”

The Star Awards are run in partnership with TK Maxx, the biggest corporate supporter of Cancer Research UK’s work into children’s and young people’s cancers. To nominate a star visit cruk.org/starawards