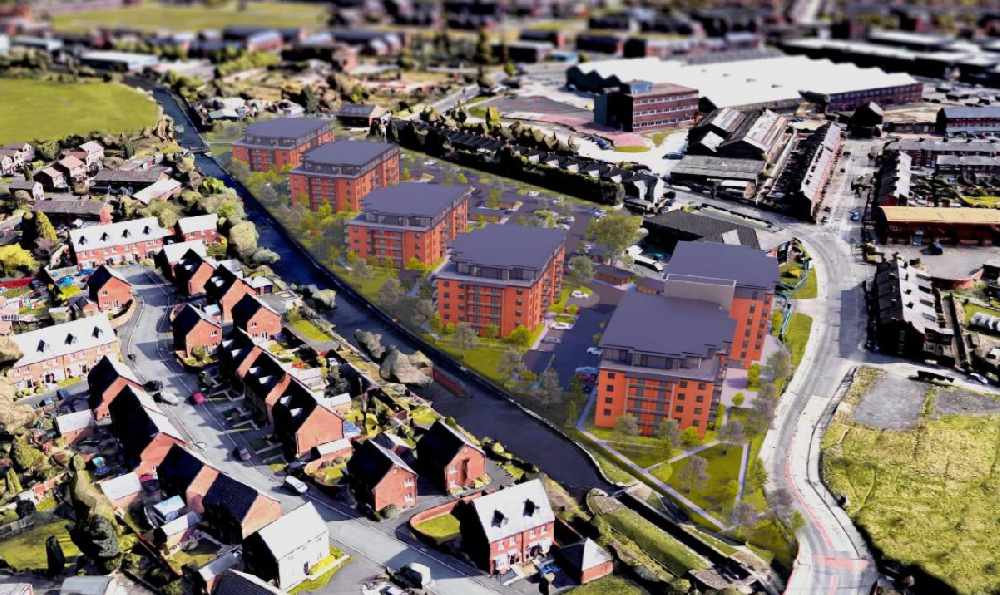 Hundreds of new flats and penthouses with roof terraces could be built on the site of a frozen food factory along Droylsden’s canal-side.

Proposals have been submitted to Tameside’s town hall for six new apartment blocks with 225 one and two-bedroom flats.

They would be built on what is currently an industrial complex filled with warehouses and factory premises off Edge Lane, which sits next to Ashton Canal.

The blocks will stand from four to seven storeys tall, and have been designed so that most of the flats face onto the canal.

The majority would also have balcony areas.

It is proposed that the 21 penthouse apartments would also be created with ‘large roof terrace areas’ providing open space with views out over the canal. 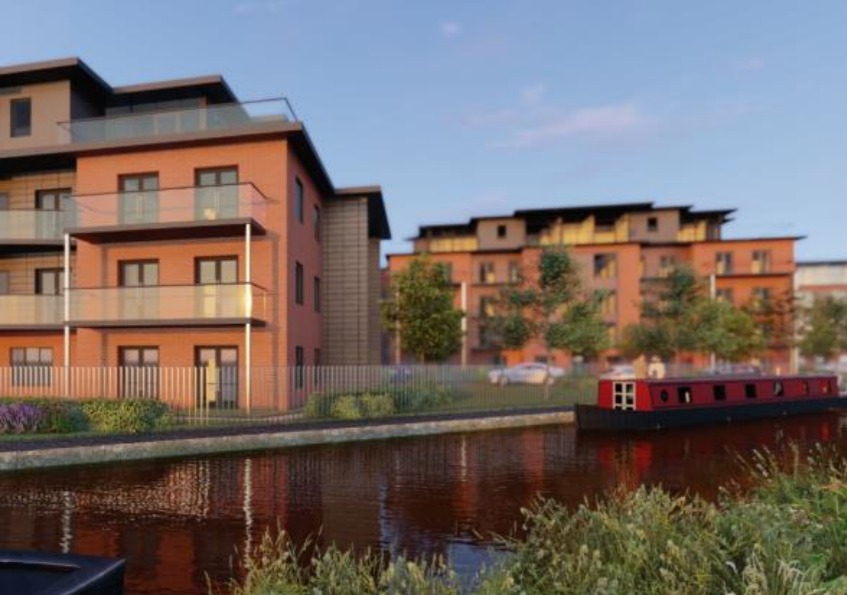 Additionally a ‘tree lined promenande’ will be created along the canal frontage.

“The proposed development would provide a significant improvement upon the existing commercial buildings which now appear incongruous in their surroundings, as the previously predominant industrial operations on adjoining sites have declined in recent years,” the design and access document states.

An area of land on the east of the site would be used to provide a visitors’ car park and a landscaped public open space, ‘opening the area surrounding the footpath bridge and making it a more attractive area to use by the public at large’.

Most of the flats will have a parking space, with 221 spaces being provided across the site.

But the designer, MCK Associates Limited, says that ‘dense landscape screening’ will be used to break up the parking zones so that the apartment blocks can sit in a ‘landscaped urban park type setting’. 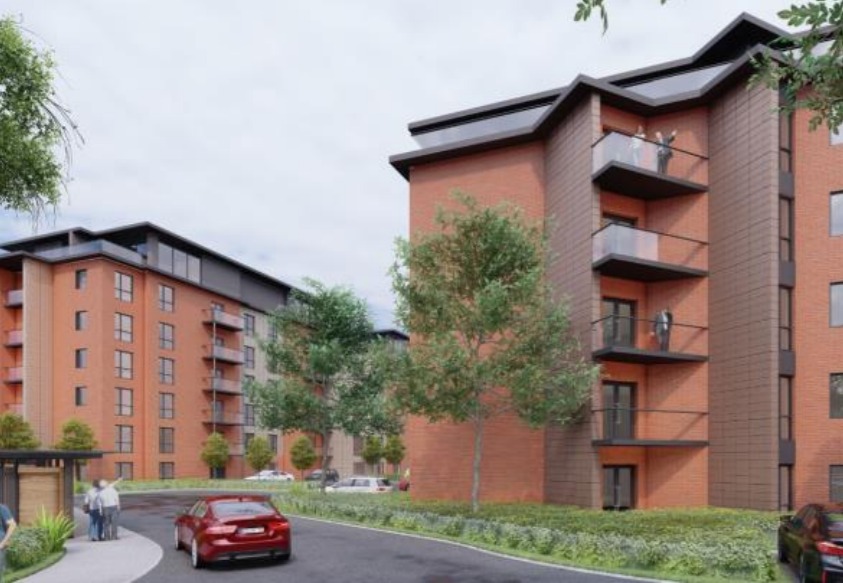 Access to the site will be provided off Edge Lane, through a locked gate, and pedestrians could enter through gates on the canal towpath.

The new development is being proposed by The Seamark Group, which owns the site, and is one of the Europe’s ‘leading’ processors, exporters and distributors of frozen food.

The Edge Lane site is the company’s largest processing and cold store site, but the plan is to demolish their factory building and to relocate operations to their head office in Miles Platting in north Manchester.

Documents state that the firm want to acquire an adjoining site to ‘fulfil their expansion plans’ which will ensure jobs, and it is anticipated would eventually increase the number of staff needed.