14 arrests and drugs worth thousands seized in organised crime crackdown

Fourteen people were arrested and over £7,000 worth of Class A drugs were seized by Greater Manchester Police in a crackdown on organised crime gangs exploiting children and vulnerable adults.

Last week, GMP joined forces up and down the country as part of a national week of action to help tackle County Lines - when organised crime gangs exploit children and vulnerable people, forcing them to move or store drugs, drugs money and weapons through cohesion, control and intimidation.

The criminal gangs will use a dedicated phone line to organise the movement and sale of the drugs, which can be in one area, or across different parts of the UK.

In addition to targeting those behind these crimes, three victims were identified, and 26 safeguarding referrals were submitted for those at risk of being exploited, aged between two and 46. 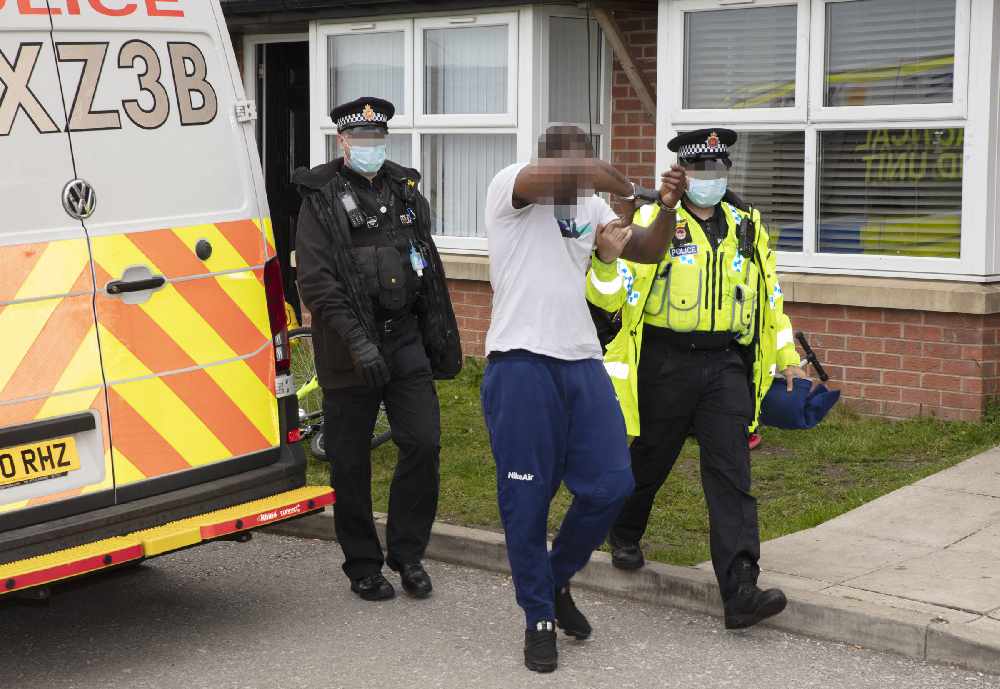 GMP arrested 14 people and executed 15 warrants during the week

Detective Inspector Julie Adams, from GMP's Public Protection Serious Crime Division, said: "The results from this week of action speak volumes, and highlight our commitment to tackling organised crime, and protecting the most vulnerable members of our society.

"Officers have worked hard to develop intelligence prior to this week, and it is great to see the purse activity which has taken place to target those responsible for exploiting children and vulnerable adults here in Greater Manchester, and beyond.

"As well as the proactive policing in terms of warrants, arrests and the seizure of drugs, cash and firearms, which I have no doubt will prove highly disruptive to the organised criminal gangs, we have worked with partners to help raise awareness of Child Criminal Exploitation, working with schools and businesses across Greater Manchester. As a parent myself, if this encourages children and adults alike to think twice about someone's behaviour, whether this is their friend, son, sister, then we have achieved what we set out to do.

"To follow the week of action, we are also holding a question and answer session with the public on Thursday 3 June, between 6-8pm on our the main GMP Facebook page. The Q&A will offer a safe space to talk about Child Criminal Exploitation, with the opportunity for anyone to ask questions, and access help and support.

"Details will be posted on our Facebook page in the coming days, and questions can be submitted in advance, and entirely anonymously, but I really would encourage anyone with questions or concerns to get in touch, either through the Q&A or by making a report to the police, or Crimestoppers."

Detective Inspector Adams went on: "Victims of exploitation often aren't what meets the eye, so I would encourage everyone to know the signs to look out for, and make a report if you have any suspicions. You really could be a lifeline for a victim, and help people realise there is a way out and support is very much available.

"Lastly, I would like to add that I hope this sends a clear message to gangs operating across any district in Greater Manchester, and also those who are sending children and young people into our districts. We work closely with forces across the country and continue to share intelligence with one another.

"Our message is clear; while exploitation of children and vulnerable adults is taking place, we will be coming after you." 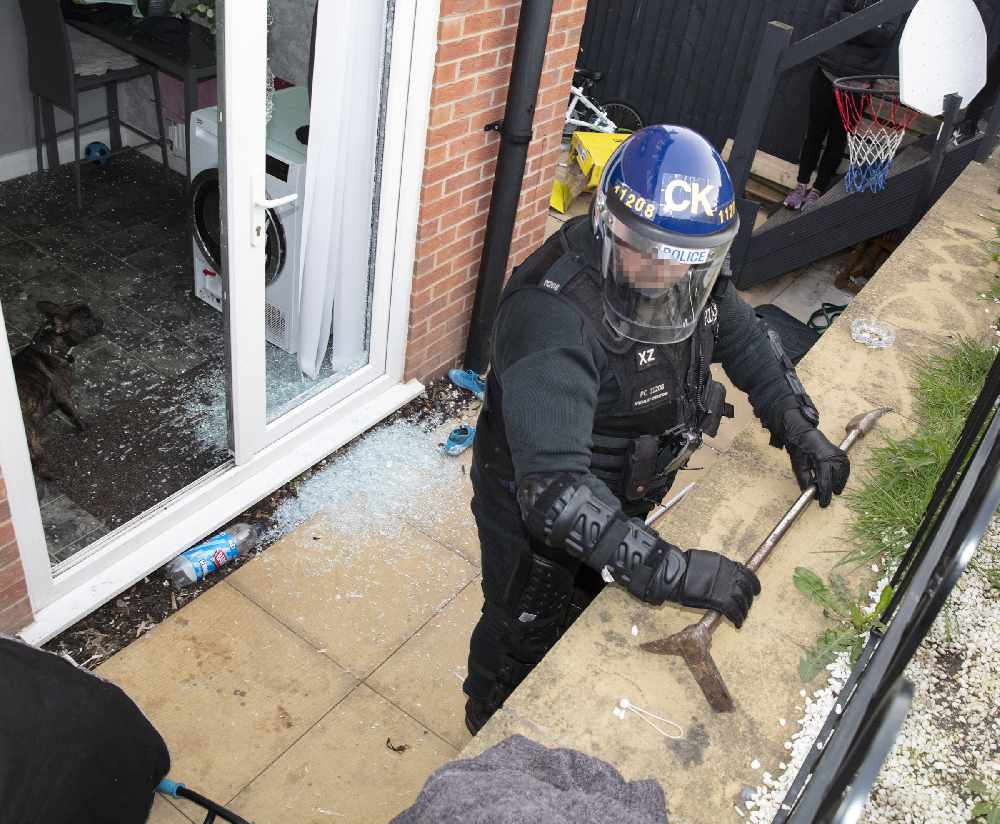 An officer during a raid as part of the police action

Baroness Beverley Hughes, Deputy Mayor of Greater Manchester for Policing, Crime, Criminal Justice and Fire, added: “Criminal exploitation is an abhorrent offence, and these arrests are an example of how we are committed to clamping down on those who manipulate children and vulnerable adults across Greater Manchester.

“Those subjected to these crimes are reminded that help is out there and to access the available victim support on offer. Greater Manchester continues to ensure children do not fall into the hands of these criminal gangs. I urge anybody who spots the signs of exploitation to report it immediately.” 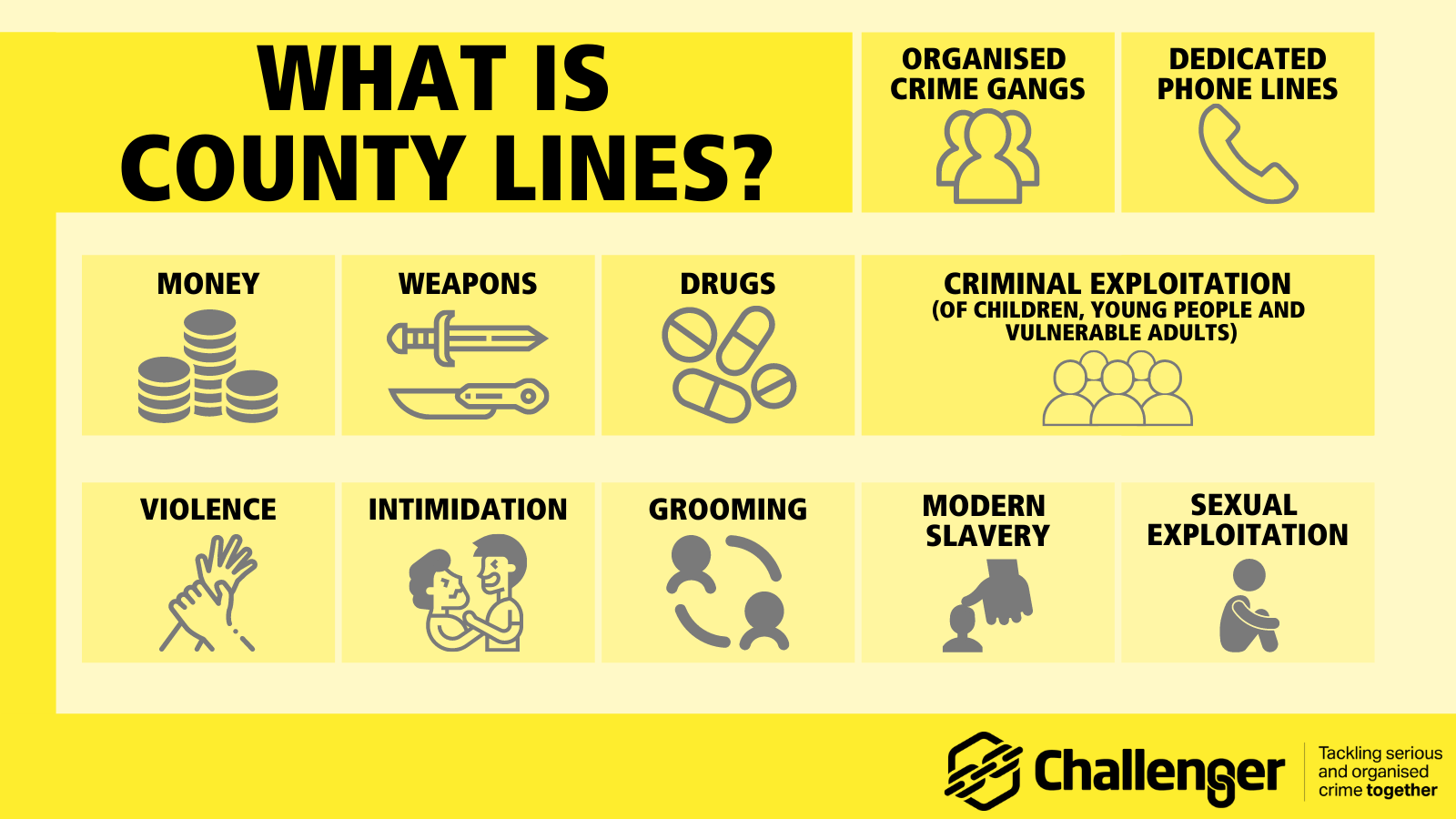 GMP is also urging the public to look out for signs of criminal exploitation and county lines, which include: 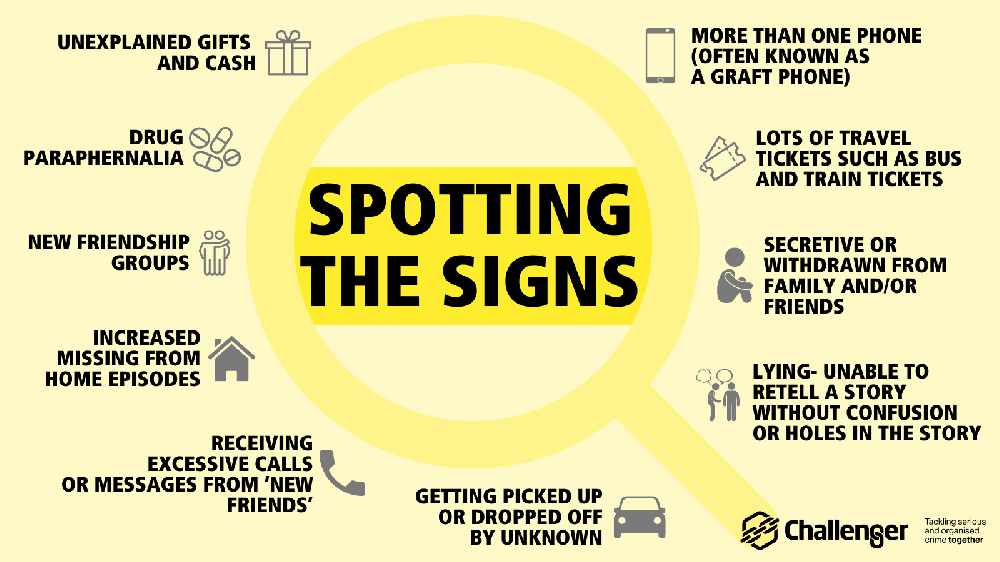 Anyone with concerns is asked to visit the GMP website to access the LiveChat or online reporting facility, or by dialling 101. Alternatively, anonymous reports can be made to the independent charity Crimestoppers on 0800 555 111 or via https://crimestoppers-uk.org/.

View footage from some of the raids carried out by GMP during the operation in the video at the top of the page.