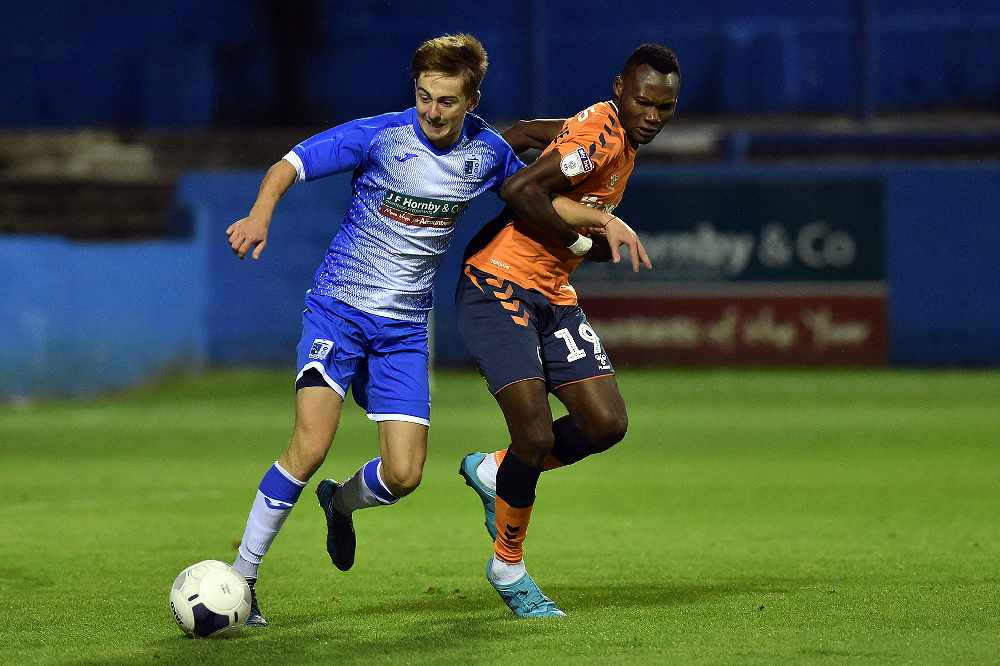 It was another goal-filled night across the borough, including big home wins for Ashton United and Hyde United.

Ashton United will host Pontefract Collieries in the FA Cup second qualifying round after a 4-2 replay win over a spirited Tadcaster Albion at Hurst Cross.

The visitors, who held the Robins to a 2-2 draw in last weekend’s original tie, took an early lead but Aaron Smith’s first Ashton goal levelled it up just before the break.

Smith then put the hosts ahead but, after the Brewers equalised again, Josh Wilson and Steve Tames ensured Jody Banim’s side progressed with their first win of the season in all competitions.

Elsewhere, Hyde United went top of the Northern Premier Division and returned to winning ways with a 2-0 victory over Nantwich Town.

Goals either side of half-time from Oran Thompson and Jack Dyche at Ewen Fields put the Tigers back on track after two successive defeats, including their FA Cup exit.

In the North West Division, Droylsden moved up to third as Domaine Rouse’s second-half goal earned a 1-0 win at Runcorn Linnets.

The Bloods had to survive a first-half onslaught before their captain headed home a Danny Wilkins corner on 57 minutes to extend their unbeaten run to five games.

But there was a surprise defeat on the road for Mossley, who stay 10th after losing 3-2 at bottom-club Pickering Town.

Flynn McNaughton’s double gave the hosts a 2-0 lead at the break before Jes Uchegbulam pulled one back. George Bissett increased the Pikes’ lead and, although Adam Jones volleyed in a late reply, the hosts hung on for their first points of the season and moved up one place.

Meanwhile, in the South East Division, Glossop North End are 15th in the table after salvaging a 1-1 draw at home to Loughborough Dynamo.

In the North West Counties First Division South, New Mills were beaten 3-2 by FC Oswestry Town, who went top of the table.

Despite the defeat, the Millers put in their best performance of the season so far, in what was their first league game under new managerial duo Mike Norton and Dave Birch.

They twice equalised through Dennis Sherriff and James Neild but Liam Parry’s 86th-minute penalty won it for the visitors at Church Lane, leaving New Mills still without a point at the bottom of the table.

And finally, Oldham Athletic were knocked out of the Lancashire Senior Cup in the first round after losing an epic penalty shoot-out against Barrow.

Latics boss Laurent Banide took a mixture of first team and Academy players to take on the National League side at Holker Street.

It finished 3-3 after 90 minutes with Jonny Smith, a Josh Granite own goal and Desire Segbe Azankpo scoring for the Latics, who trailed 1-0 early on and later surrendered a 3-1 lead before the hosts prevailed 12-11 on spot-kicks.