Roughyeds are relishing the chance to gain promotion 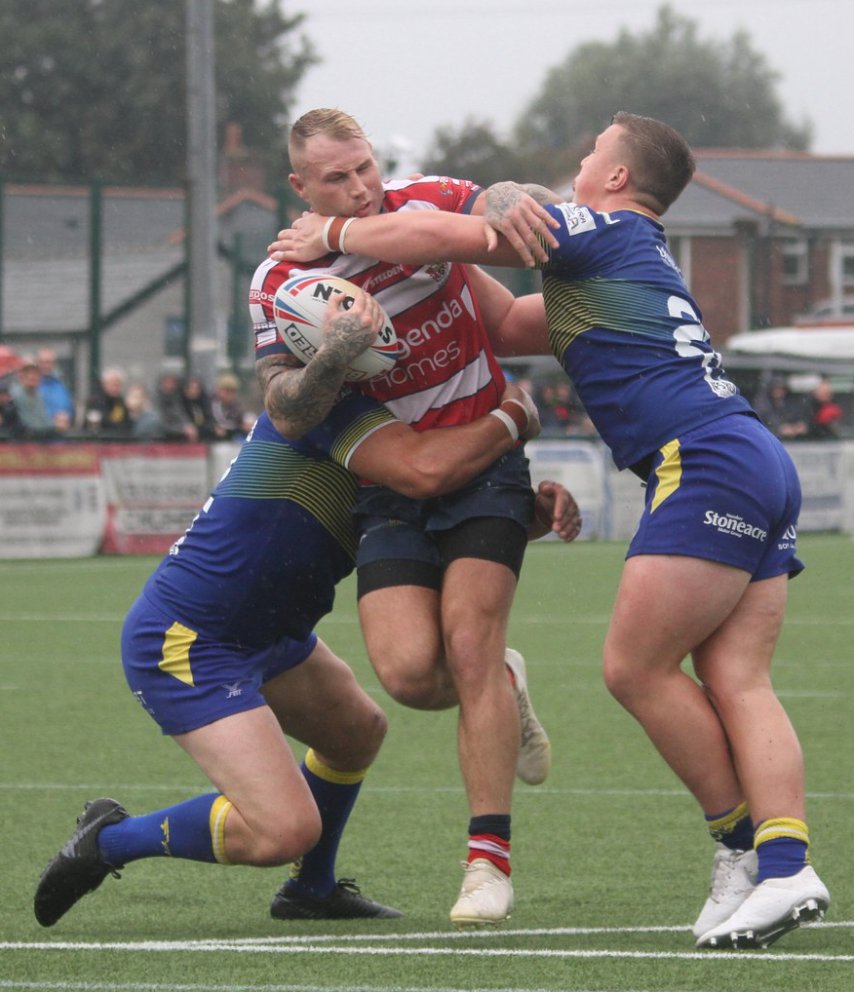 Oldham's Promotion Final for the right to be in the Betfred Championship next season will be against Newcastle Thunder or Doncaster at the Vestacare Stadium on Sunday week, October 6, kick-off 3pm.

The opposition will be confirmed on Sunday when Thunder and Doncaster have a rematch of their earlier play-off tie in Newcastle which Doncaster won 20-6.
Roughyeds beat Newcastle at home 28-20 in a Betfred League 1 fixture on August 11 and they have since beaten Doncaster twice -- 40-14 on August 18 in the league and 22-12 in the play-off series last weekend.
The club will have hospitality places available for the final at a cost of £35 a head which includes a seat for the game, three-course food, pre and post-match interviews and presentations, programme, team sheet and access to a pay bar.
To book fans can call the office on 07904 898177 during office opening times or via the enquiries email address which is given on the website.
Normal admission prices will apply and although the game is NOT all-ticket fans can buy tickets in advance from 10am on Wednesday, September 25.
A much bigger crowd than usual is anticipated and advance ticket sales will make things easier for club and spectators on the day of the game.
Seat season-ticket holders can reserve usual seats by calling into the office with their season-ticket book and voucher D before 6pm on Wednesday, October 2. Payment will be by cash or cheque.
Seat and standing tickets will also be on sale (cash or cheque) at usual league-match prices.
The office will be open for the sale of tickets at  the following  extended times:
Wednesday 25 September - 10am - 6pm
Thursday 26 September - 10am - 6pm
Friday 27 September - 10am - 6pm
Monday 30 September - 10am  -6pm
Tuesday 1 October - 10am - 3pm
Wednesday 2 October - 10am - 6pm
Thursday 3 October - 10am - 3pm
Friday 4 October - 10am - 6pm.
By Roger Halstead