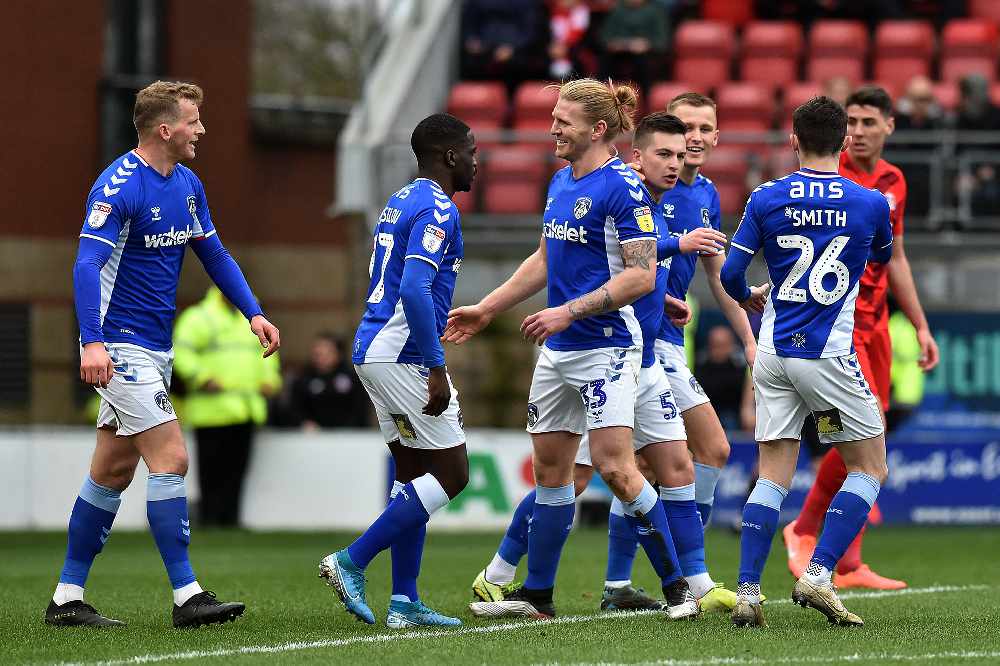 Oldham Athletic battled to a point over the weekend as they drew 1-1 away at fellow strugglers Leyton Orient.

Oldham were without a win in three games coming into the game after a tense draw at home to Forest Green Rovers in their last game. Orient’s form was better but they were coming into the game on the back of a loss against Cheltenham Town as they sat one point above the Latics.

The home side started the better of the two sides as Oldham struggled to get the ball to Danny Rowe who was isolated upfront on his own. In the 11th minute, Ousseynou Cisse opened the scoring for Orient. He headed the ball goalwards following a corner and the ball rebounded off the unfortunate Tom Hamer past Latics keeper Gary Woods.

Oldham responded immediately however as a corner was whipped in and Carl Piergianni managed to head it towards goal but the ball fell to Zak Dearnley who stabbed it over the line.

The game was being played at a relentless pace with both sides attacking at will. And just three minutes later Oldham were in front and it was that man Dearnley again. David Wheater knocked the ball on from a corner and the unmarked striker was able to score his second of the afternoon from close range on 18 minutes.

Orient started the second half brightly after what we can assume was a stern half-time team talk from Ross Embleton.

The home side equalised in the 54th minute as Christopher Missilou gave away a needless free-kick on the left-wing. The resulting free-kick was delivered to the back post and the ball was headed back across goal a tapped in by frontman Danny Johnson.

Oldham thought they had the lead again as they capitalised on a set-piece with Piergianni knocking the ball down to David Wheater who poked home but the referee blew his whistled for a foul in the build-up.

In the final moments, both teams had golden chances as Rowe flicked a header which was well saved by the keeper and then at the other end Wheater headed a goal-bound effort off the line. An entertaining game which saw both sides take a point.

The result means Oldham drop down to 19th place with 38 points.