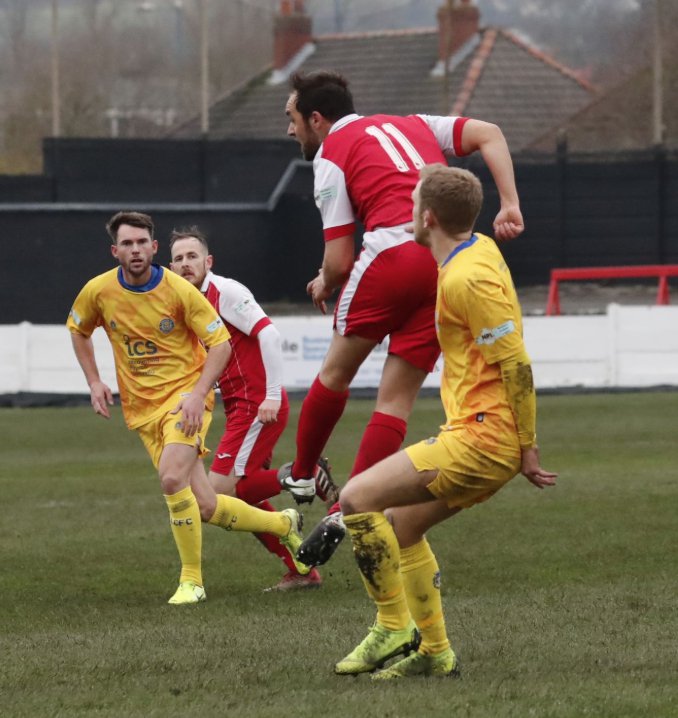 Ashton's unbeaten run now stands at four games after a single goal was enough to see off their high-flying visitors.

The winning goal arrived just after the half hour, as a rebound reached centre forward Louis Almond, who progressed across the edge of the area before turning and steering a right foot shot into the opposite corner.

The visitors had started the brighter as a one-two between David Norris and Bradley Carsley put the latter in at a narrow angle, with Greg Hartley needing to get his angles right to make the block.

They then had two penalty shouts against Josh Wilson turned down and Ben Hardcastle’s first-time effort for Ashton brought a low save out of Sam Ashton.

At the end of the half, Charlie Bailey caught hold of a shot from 25 yards out, which brought a good low save out of Hartley.

At the start of the second half, Hardcastle controlled a ball outside the area before steering his attempt wide and a great move saw Sam Sheridan’s wide pass crossed by Hardcastle - only for Almond to place his header past the post. A dropping ball then saw Chris Rowney’s speculative attempt off target.

Bailey sent another raking effort just wide from Josh Wilson’s clearing header and Lancaster’s best chance of the half saw Glenn Steel’s header from a free-kick misdirected from a good position. Hardcastle then skied John Lufudu’s pull-back over the bar.

The visitors were still dangerous and came close as Robert Wilson’s corner saw Paul Dawson’s side-footed effort cleared off the line by Rowney.

The Robins almost extended their lead on the break as Connor Hughes' chipped pass saw Nialle Rodney fail to control properly, before Hughes himself ran on to Sheridan’s pass, with Ashton needing to be out smartly to make the save.