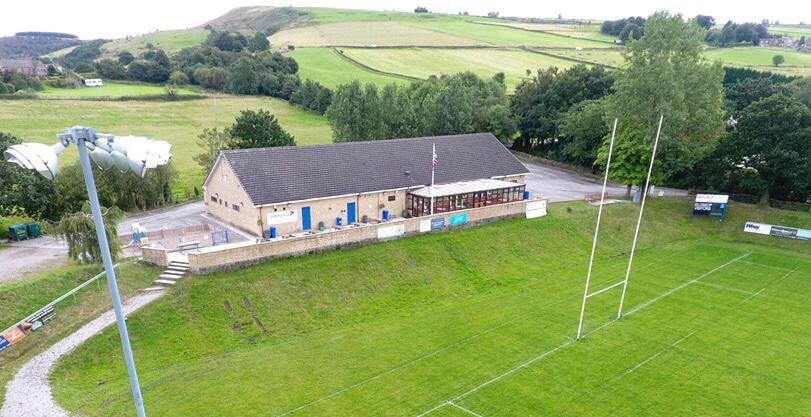 Glossop racked up another five points at Eccles to retain top spot in North 2 West, as they head towards a mouth-watering encounter next week when second placed Manchester visit Hargate Hill.

Glossop were forced into making several changes from the team that had got the better of De La Salle the previous week and were pleased to welcome back Clark, Wilkinson, Mallinson and Matt Sonczak to the squad.

From the kick off, Eccles dominated the early stages such that spectators could be forgiven for thinking that it was in fact Eccles that were the team pushing for the league title, whilst Glossop were the team in the midst of a relegation scrap and not the other way around.

The Hillmen barely touched the ball for the opening quarter, with Eccles pinning them back and showing real attacking intent. Despite this, the Glossop defence held firm and on twelve minutes they were offered brief respite in the form of a yellow card to Eccles lock Higginbottom.

Undeterred, Eccles continued to attack and it took around twenty minutes for Glossop to gain a foothold in the game and take possession into the Eccles ‘22.

On 27 minutes, Glossop opened the scoring with a try from returning hooker Adam Mallinson. As Glossop built pressure in Eccles territory, Mallinson lost control of the ball but was able to hack the ball behind the Eccles defence who were caught off guard, allowing Mallinson to chase his kick, before a fortuitous bounce saw him score wide on the right. Kicking into a stiff breeze, Tom Dearnaley’s conversion attempt was in line but fell just short.

Just before half time, Glossop doubled their lead when scrum half Jonny Tennant crossed for his tenth try in as many games. A strong Glossop scrum in the Eccles ‘22 laid the foundations, and when Tennant spotted a gap, there was no stopping him, as he darted through to make it 0-10. As with his first attempt, Dearnaley’s conversion looked good but again fell short.

Half time arrived and despite a lacklustre start to the game, Glossop held a ten point lead and the added benefit of the wind at their backs in the second a half.

In the second forty, the visitors produced a much more controlled performance, dominating possession and territory for the most part and impressively keeping the hosts scoreless.

On 46 minutes, a strong Glossop scrum was rewarded when the visiting pack shoved the Eccles forwards back over their line, again Tennant was on hand to score his second try and extend the Glossop lead to 0-15.

Eccles we’re struggling to gain any possession or territory and ten minutes later things got worse for them when Lewis Winterbottom scored a fine individual try. From the half way line, the Glossop centre cut a line through the home defence and rounded the full back to give Glossop their fourth try and with it the all-important bonus point.

Not to be outdone, on 57 mins Tennant crossed for a superb individual effort of his own, breaking down the blindside from a scrum and turning the home defence inside out. The conversion from Dearnaley was successful and this would prove to be the final score of the game at 0-29.

Eccles fought hard in the closing stages to claw back a consolation score but the visiting defence remained focused and determined, keeping the home team scoreless for the second time this season.

The win keeps Glossop at the top of the league by 1 point behind Manchester.